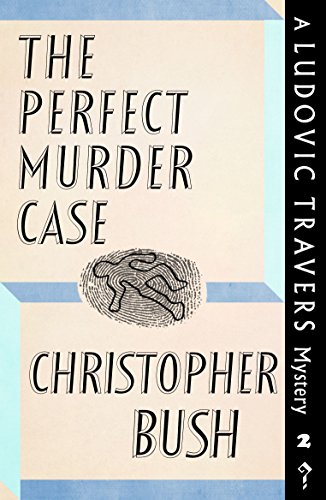 This second Ludovic Travers mystery has been hailed as one of the significant Golden Age murder mysteries and I was pleased to receive a review copy from Dean Street Press. It is an incredibly mystifying novel, with a seemingly unbreakable alibi, foreign travels and some double dealing with servants and a sought after will. It has everything, with the addition of a series of letters addressed to newspapers announcing a murder. Unlike Christie’s announced murder, there is a scarcity of detail for detectives both amateur and professional to go on when trying to be on the scene. Reassuringly women and children are to be excluded, but it adds to the detail of a complex but satisfying puzzle.

The murder, when it takes place, becomes the target of investigation by Scotland Yard detectives whose reputation is formidable. A businessman brings in an ex CID officer Franklin who is to launch a private detective agency on the basis of a high profile case. Ludovic Travers trades on a little nepotism to add his lateral thinking to the mystery, together with his Bunterish manservant, Palmer.  When the murder of the much disliked T.T Richleigh takes place, the scene is soon closely examined by all parties and the pursuit begins. While there is a clear motive, the alibis seem unbreakable as much rushing about must take place. Language traps are set, island hopping takes place, as tragedy is revealed. Franklin emerges a determined detective, risking life and limb in order to sort out the mystery. Travers’ contribution is small but significant as he has spotted possible connections from a seemingly irrelevant event. He is on track to become more involved in the mysteries dominating the public imagination, a progress which will take him through sixty more novels.

This is a confident novel for a second book, full of the little tricks of an established writer. A locked room and notes contributing to the solution abound, both confusing and eventually explained. The element that lifts this novel is the inclusion at the very start of two seemingly unrelated scenes, one domestic, one apparently spy related. It is only at the end when all is explained that the reader realises why they were included, and the tragic implications of their effects.

Altogether this is an enviable, assured piece of writing which has everything desirable in a murder mystery puzzle. The victim is unpopular, the crime more mechanical than tragic, the mystery is deep. Sayers called this a “workmanlike” novel, and it succeeds in being a compelling read. My one quibble is with Bush’s depiction of women as servants or perhaps objects of pity. His men are clever and inventive, questioning and intuitive, but the women do seem to just exist to further the story. Given the time of writing this is perhaps not surprising; in 1929 the fact that many popular writers were female did not mean that they featured heavily as detectives or strong characters. Bush was a talented, comprehensive writer who leaves no stone unturned in writing this, his most popular novel, not perhaps perfect but extremely entertaining.

I enjoyed reading this book, and it is definitely a classic of its type. Meanwhile I seem to be reading many books but not quite getting round to posting about them; my current M.A. is creeping up the agenda!