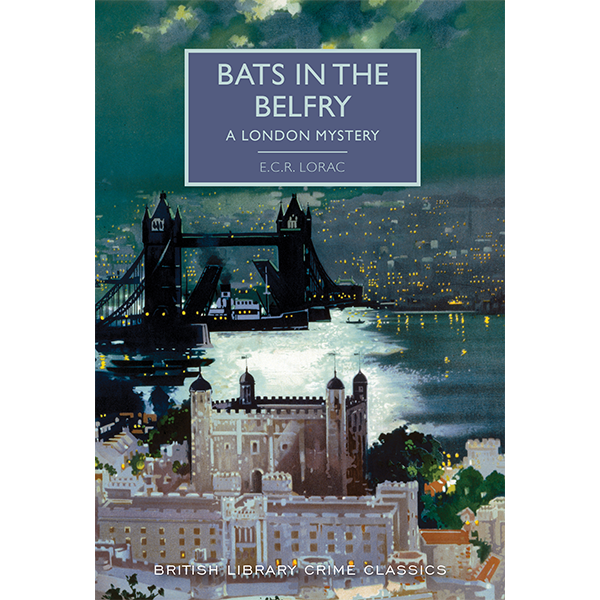 This latest novel in the British Library Crime Classic series is a fast paced, engaging and thoroughly enjoyable novel. The plot keeps moving, the characters feel like real people, and the investigating detective combines methodical reaction to the crimes with intuitive problem solving. The London setting of 1937 combines the best of the atmospheric pre blitz buildings and surprising settings with a tight radius of possible activity. The characters involved soon become established and represent a genuine range of people and indeed potential suspects and victims. No minor character is without purpose and relevance; as even less senior police officers contribute their best, and Lorac skilfully moves the focus from one character to another while maintaining the onward momentum of events.

The book openings with a gathering of friends and associates at the home of Bruce Attleton, formerly a successful author but now dependant on his wife Sybilla, an immensely popular actress. They have become distanced from each other as financial arrangements and extra marital concerns have intervened. The occasion is the funeral of Bruce’s second relation to die suddenly in recent months, but there is a lack of genuine feeling for the deceased. Bruce’s ward, Elizabeth, recounts a macabre game that she is playing with her women’s club. As the group disperses, her would be suitor receives an invitation from an older acquaintance to investigate a mysterious caller. Granville, a dedicated young journalist, discovers a sinister building where artists have worked, but the decaying edifice suggests foul play has occurred, especially as Bruce’s effects are soon discovered. It soon emerges that alibis need to be checked and identities established as no one seems above suspicion. There is room for grim comedy when the emergency doctor suggests that every casualty is important to the police, as if the doctors have no concern for their patients unless especially requested. As Chief Inspector Macdonald tries unsuccessfully to cosh himself in imitation of an incident, the doctor regrets that no film company is available.

This is a book which draws the reader in and keeps a fascination right until the end. There is no wasted time, events crowd in, and the characters jostle for attention. It flows well as the atmosphere lends credence to the events, and the threatening sinister studio almost develops into a character in its own right.  It is so engaging that it cannot be ignored, as each twist and turn succeeds another, and there is no obvious, indisputable suspect. It may be responsible for sleep deprivation accordingly! Apparently Lorac, otherwise Edith Rivett, left some seventy novels at her death in 1958, and in this volume she shows her consummate skill in both plotting and characterisation. I hope that the British Library have more of her books in their list, as this is a standout novel in their crime reprints series.

There has been a scarcity of posts over the last week as I have been visiting friends near Cambridge and Bury St Edmunds. Needless to say, I fitted in some bookshops! I bought this book and read it by Friday, so you can see just how good I thought it was… I hope to get a few more posts written soon as soon as possible as I have tracked down some really interesting crime novels from the superb selection in Heffers, Cambridge, as well as actually reading some Dean Street Press gems. Watch this space for more! We also fitted in a moving visit to the American War Cemetery, of which I hope to add a link to Northern Vicar’s blog when he writes it. As our M.A. course effectively restarts tomorrow, time may become limited. Ho hum!

4 thoughts on “Bats in the Belfrey – A London Mystery by E.C.R Lorac – A standout crime Classic”