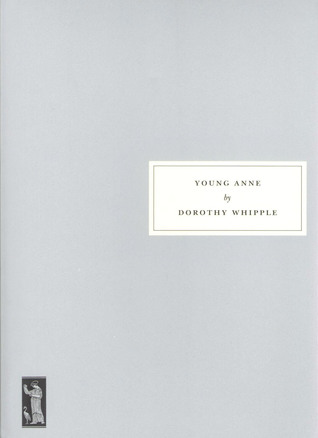 This book is the latest Whipple book to be published by Persephone, and it is the final one that they are able to bring out. It is actually Dorothy Whipple’s debut novel, originally published in 1927, and has the great merit of her obviously trying out the superb characterisation that marks out her later books. Her rediscovery by Persephone has led many to regret her relative obscurity as outlined in Lucy Mangan’s very personal and meaningful introduction. Her plots are basic and seem natural as they are so well worked out that they are never laboured, and in this book she is mainly an autobiographical storyteller. That is not to say it is in any sense tedious; while the reader is not chasing a whodunit formula she is intrigued to know what will happen to Anne next, or what she will cause to happen. The characters, always beautifully described, bring the reader along in the settings drawn from life, with all its petty irritations and small incidents. This is a novel of colour, depth and even smell, as the descriptions which run throughout the narrative feel so real.

The book opens with Anne as a child, gazing round her in church, subtlety allocating those around her their place in her world. It soon becomes obvious that her mother is disconnected, her father unrealistically authoritarian as far as she is concerned, and her only true supporter is Emily, the only servant in the house. She mothers the child, and later she is to be Anne’s true supporter throughout the vicissitudes of her young adult life. Anne is frequently obsessed with ideas, including the desire for a fish, which brings her into contact with George Yates. This relationship also becomes vitally important, though not in obvious ways. Mildred Yates is being brought up with another agenda from Anne, a suitable marriage to enhance her parents’ lives. The contrast in their lives goes deep, as Anne is depicted as so much more than a gratifying prettiness and clothes. Anne’s school experience at a convent is more than a school story, as the nuns are briefly but effectively described, and the nature of faith is felt and shown, rather than discussed. Aunt Orchard is a truly awful woman, but is restrained in her awfulness by a truly satisfactory revelation. It is not easy to see a happy ever after here, but be assured that as with Whipple’s other books the most obvious ending is not always employed.

I enjoyed this book; no great events, no great plot devices, just a simple story with many depths. The characterisation of Anne is gentle, understanding and realistic, and bears many of the marks of personal experience mined for a truthful book. While not obviously a feminist book; as Whipple was going on to write in “High Wages” about  the ways women could improve her lot, her careful drawing of various women and girls shows them struggling against the dissatisfaction of limited choices and their definition by men. Even an educated woman is forced to go without to give her son opportunities, and school owners lose much in an attempt to survive. Persephone’s choice of books is as always strong and never better than the complete books of Whipple, and I was very grateful to be sent a copy of this final volume. I recommend it for all those who want to read a sometimes painfully true picture of women’s lives between the great Wars of the twentieth century, but yet want to be amused by the impulsive and real girl and woman who discovers life and love from various people around her.