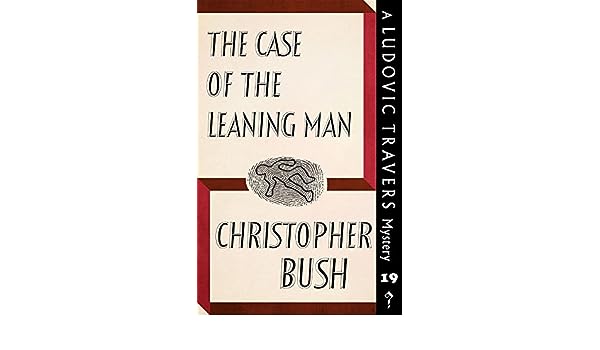 A fairly complex mystery featuring the theatrical world and some interesting observations on the love life of Bush’s highly successful amateur detective, Ludovic Travers. A novel of its time, this book was originally published in 1938 and has now been reprinted by Dean Street Press who generously sent me a copy. Unfortunately some of the attitudes to the victim make something of his race, but he is also shown as a thoroughly unlikable character. That said, this is a solid book with a case that is difficult to solve, and a good range of possible suspects, motives and possibilities. It marks the start of a new chapter of more than one life, as various kinds of natural justice must be served in this complex narrative.

Travers at the beginning of the book is at loose end. He is writing a book about murders, which is not entirely supported by his friend, George Wharton. He becomes distracted by the theatrical world, partly in the person of two sisters Bernice and Joy, as he tries to discover why they are refusing to talk to each other. Meanwhile, Wharton is summoned to investigate the murder of a Maharajah, who seems to have been surrounded by servants who disliked him. A mysterious man appears to have visited, which apparently coincides with the public death of a “Leaning man” who collapses against a wall. At the same time, the theatrical world is electrified by the return of an actor who has been semi retired for a while, as he performs a marathon number of trademark scenes. Expensive and exotic jewellery then seems to become important, as a London fog descends and conceals and confuses. Alibis, elderly priests and covert actions by Travers and others make this a complex tale of guesswork and compromise. Truth and justice are not always easy to reconcile in a book in which detection is not a straightforward process.

I found this book a challenging and enjoyable read, full of Travers’ usual lateral thinking in breaking or at least shaking alibis. The extra dimension of this particular novel in a multifaceted series is the problems that Travers faces in sorting out difficulties which have nothing to do with the murder mystery. Apparently there was some debate about the fictional male detectives popular at the time finding romance, as mystery fans did not always appreciate the distraction. While Dorothy L. Sayers made a virtue of creating another effective detective in the form of Harriet Vane, some romantic developments in the lives of favourite fictional detectives were seem in a negative light. Bush handles a distracted Travers well in this book, as he manages to maintain his concentration on detecting the crime here. This murder mystery sometimes seems as difficult to penetrate as the London fog, and perhaps the reader will be more than usually baffled at some points, but it is a sound novel in a series which seems to improve with each novel.

Meanwhile, I have hard a busy few days; a successful coffee morning, with well over forty people present, and a Big Book Sale, where we managed to take a lot of money for books for Book Aid. I have worked with some wonderful people who were brilliant at what they did, including tea making, cake cutting and book wrangling. Now for Harvest weekend…