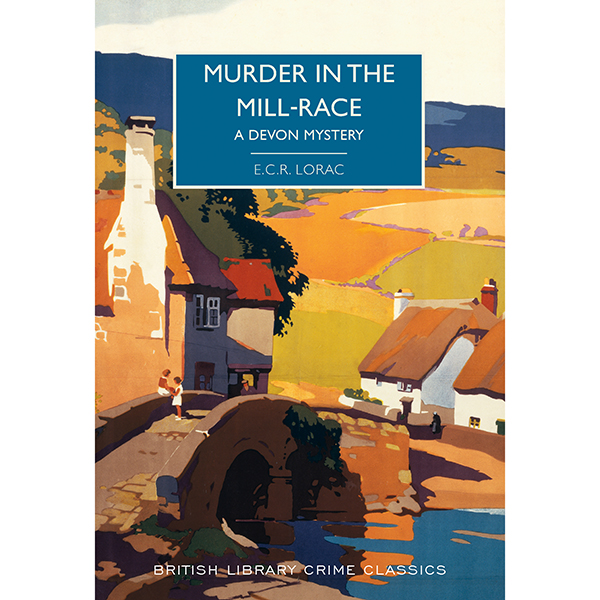 This Devon mystery is one of the recent productions of the excellent British Library Crime Classics series. A death in a small insular village on the edge of the moors becomes a significant cause of concern among the community for two reasons; the suggestion that it was not an accident as first supposed, and the identity of the deceased. A conspiracy of silence surrounds the death among the villagers, which proves difficult to penetrate for anyone who wants to investigate the situation. This is extremely well drawn, and speaks well for the author’s ability to create an enclosed world of secrets, where each person in the village engages in the silence. The unspoken law “Never make trouble in the village”  makes trouble for the first investigating police officer, Sergeant Peel, who feels there is more to this death than first appears. Moreover, the body is that of a Sister Monica, a singular woman who has been running a small children’s home on the outskirts of the village. She has been labelled a saint by the villagers at the time of her death, who ran the home with a rod of iron, training young women as servants and doing good works locally. When a new doctor, Raymond Ferens, arrives with his wife Anne a change is set in motion. Chief Inspector Macdonald’s arrival with his sidekick Reeves shakes up the entire situation, as they too begin to believe that there is more to Sister Monica’s death than first appears. Given the silence that prevails in Milham in the Moor, can anyone solve the matter of the murder in the pond of the local mill? As always, I am so grateful to have the opportunity to read and review this excellent book in the series.

The book opens with the new doctor and wife sizing up the community in which he has agreed to work. Lorac creates an enclosed community skillfully in which the feelings of people about the deceased are carefully shown as questions are answered. The inhabitants of the village are quick to assure everyone of the excellence of Sister Monica despite or because of her assumption of  semi religious dress, and when she is found dead there are many proffered explanations for an accident. The atmosphere of the village is superbly written, and there is a subtle humour in the dialogue, especially between Macdonald and Reeves. Their experience and methods are cunning and well thought through, a sign of great skill in the construction of the novel. Martin Edwards’ informative introduction not only sets the scene of the novel well, but also fills in the details of Lorac’s real identity and impressive career as a successful writer of crime novels.

This golden age of detective fiction classic deserves a wide audience for its creation of a functioning closed community with memorable characters and clever plot. As often the case, women are perhaps not the prime movers in the detection, but at least in this novel they are undoubtedly three dimension and interesting. I recommend this novel as a well paced and satisfying murder mystery which catches the essence of post war Britain well, and is enjoyable with flashes of real humour.

One of the advantages of finishing my M.A.studies is more time for reading and reviewing a wider range of books. I admit to having got a little behind with this wonderful series of books, but I am hopeful of catching up very soon. Maybe a review a day will be quite an achievement – sorry if I am filling up your in box!

3 thoughts on “Murder in the Mill – Race by E.C.R. Lorac – a British Library Crime Classic set in Devon”