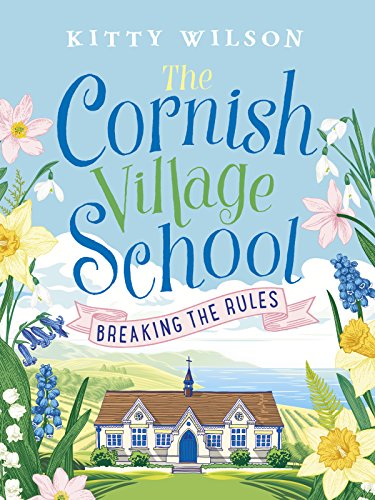 This book in a series of novels about a small village school set in a beautiful Cornish village has a certain charm and a lot of humour. Rosy Winter is the head of the school, but it is her life which happens outside school hours that is the focus of much of the action. The school is portrayed here as small enough that every child is known and valued as an individual, but like every small establishment of its type there is more than an implied threat. When Rosy gets a new next door neighbour she realises that her compartmentalised life is threatened; her self imposed rule of not letting a relationship get too serious, especially with someone in the village looks to be at risk. Is Matthew too good to be true after all? This romantic comedy never gets too serious despite Rosy’s problems, and the setting is glorious. There are some wonderful characters in this well written book which stands alone in a series featuring the Cornish Village School in Penmenna.

Much of the humour from this book comes from Rosy’s discovery that her new neighbour, Matthew, is a very attractive man. After an initial misunderstanding Rosy discovers that Matthew has female company in the form of the perfect Angelina, and that she is resigned to maintaining her Rule of not dating anyone in the village or even Cornwall. Not that she is having much success with online dating, but resolves to treat Matthew as a friendly neighbour and begins to introduce him to the local community. She encounters the loathsome Edward Grant, who announces that Penmenna school is on his list to be amalgamated with others, meaning that the “Outstanding” school is due to be closed, and all the pupils bussed a great distance. Rosy realises that she has limited time to be worrying about her romantic life as she must get help to run the #SaveOurSchool campaign. As the formidable Marion is enlisted to raise awareness of the fight, Rosy gets dragged into the social life of the county. Meanwhile Matthew discovers that his relationship with Angelina is hard work and very demanding. He is also keen to set to work on his project for television, restoring and redesigning the gardens of a local big house. When he gets inspiration of how he can help the school’s campaign, he wants to improve his chances with Rosy, but he discovers that there are far more barriers than he imagined.

This is a light comedy in many ways, though Rosy has issues which are darker than her usual good temper would suggest. Rosy’s emotions are well described, especially her panics about her relationship with Matt.  Clothes, setting and humour are well realised, and I enjoyed this read immensely. There are some very good set pieces, including a date which Rosy endures, Matthew’s attitude to Angelina and his coping strategies, and Marion the rather frightening PTA chair in organisational mode. This is a vastly entertaining light comedy with a good range of characters, imaginative descriptions and romantic ideas.

This is a book which well fulfils the need for a cheerful book in these strange times. There are at actually five books in this series, of which this is the first, and I have the next two ready to read. It is a book which is very different from some of the others which I am reviewing at the moment, but I think that makes it all the more interesting!