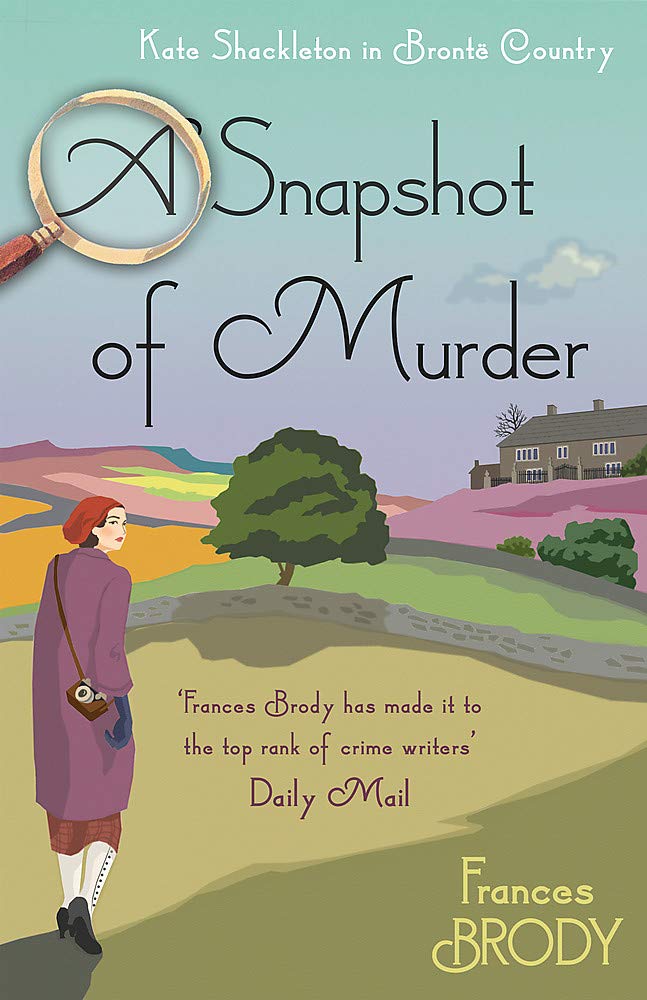 Kate Shackleton investigates a murder in the Yorkshire countryside. This is nothing new for the series of books from Francis Brody, as the young woman is a private investigator, often retained by a variety of clients to investigate mysteries of various kinds. In this story, however, it is a personal crisis she is investigating. This is a series which uses various situations to test a woman left widowed in the First World War. In this particular novel much of the action takes place in 1928, and in Harrogate. It is a special event there, as the Bronte Parsonage is being handed over to the Bronte Society. Kate is there as a result of a Photographic Society trip to the area which culminates in the official handover of the Parsonage. Unfortunately some of the people on the trip have difficult relationships and there are tensions among the party. With her usual careful assessment of people’s motives and actions, Kate must sort out the truth while emotions around her need to be dealt with carefully.

One of the most difficult things for Kate to cope with in this situation is the involvement of her niece Harriet. A young woman with an interest in the local films, she admires Carine who  runs a local photographic shop. She has a difficult history with a demanding father who she cares for, and a husband, Tobias, who has no real interest in the business, but who is very possessive. When a figure from Carine’s past mysteriously reappears, the upset that it causes has unforeseeable consequences for a group of people that travels with them to just outside Harrogate where the group stays, not realising the tensions that are building up from the locals as well as within the group.

There is a lot of local description in this novel, of a house where some of the women stay with its shabby conditions and furnishing. It is only when Kate’s associates, Jim Sykes and Mrs Sugden make a chilling discovery that the whole situation gets really complicated. Kate must sort out past history and present grudges in order to establish  what really happened, so that everyone has some closure.

This book is a slow moving mystery, which leaves plenty of time to develop characters and themes, relationships and complications that result from them. The alternating narration switching between Kate and third party tends to slow the book down, but the reader does have the benefit of knowing more of what is going on than any of the characters. Kate’s own complicated family background is also explored in some detail, as she uses her parents’ influence to get to the truth. This book is the eleventh in the series which features Kate, and it shows another stage of her development as an investigator who becomes totally involved in her case. This is not a case which she works on from a distance; she knows too many of the people involved, is too close to the situation to be dispassionate. This is a thoughtful novel with the advantage of a carefully paced plot with many strands. A short story which tells the tale of Kate’s first case is also to be found in this book, which is an undoubted bonus for fans of this series.