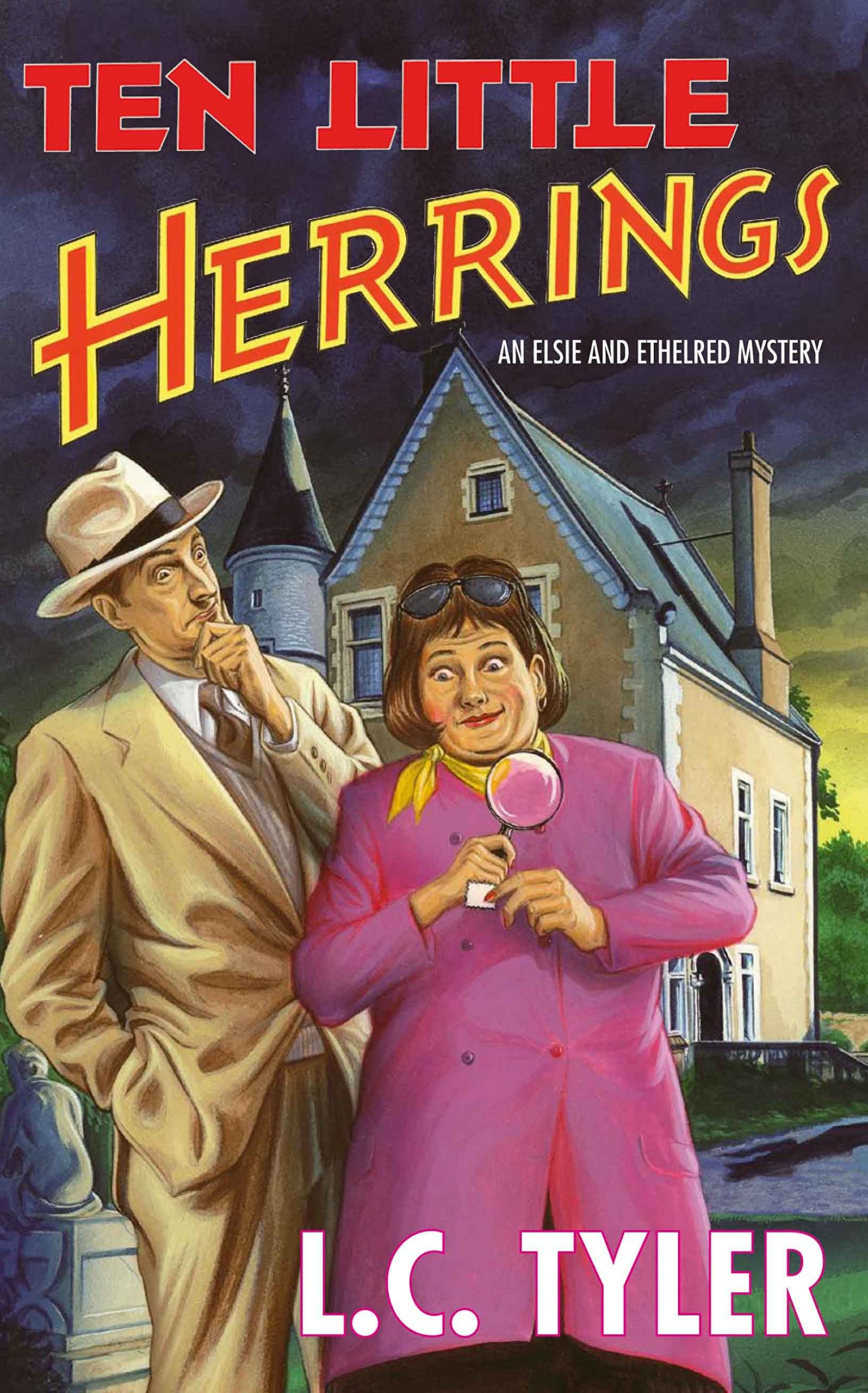 Red herrings in murder mystery novels are par for the course – but in this book they are everywhere. That, and chocolate, and stamp collectors. The second Elsie and Ethelred novel, of a contemporary pair of inept investigators who seem to attract trouble, features a select group of potential suspects for murder and possibly other crimes. When Elsie turns up looking for Ethelred after she technically kills him, she arrives in a small seedy hotel in a small French town, at the end of a stamp fair. In a surreal situation most of the guests in the hotel are stamp collectors, but it seems that several have other, possibly murderous priorities. This comedy mystery novel, the second in the series, features a novelist called Ethelred and his literary agent, Elsie. I believe this would work as a standalone novel, assuming that the reader understood the sense of humour behind the main characters’ preoccupations. An unusual and humourous book, it has elements of farce and moments of near suspense, as the hapless pair are effectively trapped in the hotel.

Ethelred disappeared at the end of the first novel, and in this book Elsie has cancelled his bank cards as part of dealing with his affairs and collecting his royalties. Managing to discover where he is, she turns up at the hotel only to find Ethelred among assorted guests including a dubious Russian businessman, a younger man called Gold, “the weaselly Mr Herbert Proctor” and a perfect family of unknown nationality. The other guests, mainly men, have little conversation, but it is understood that they are all interested in stamps, except a traveller who apparently only wanted to stay one night.  When a guest is murdered, everyone is under suspicion. Elsie is obsessed with chocolate and has a touching belief in her investigative powers while, she fondly believes, attracting men with her sense of style. Being trapped in the hotel indefinitely while the police investigate the murder means that she cannot go and buy chocolate, and as she says in one of her chapters, written from her point of view, “There’s not much you can do in a room without chocolate”.  Her interest in the crime combined with her desire for chocolate means that she gets involved in the slightly strange goings on in the hotel and the surrounding area. Ethelred meanwhile is preoccupied with his most recent past and immediate future in a rather confused way; he doesn’t seem very interested in the crime, and his professional interest in writing mystery novels is a little dismissed in his chapters as he does not want to write anymore Fairfax novels. He does, however, write about the nature of murder and the statistical truths of how real murders happen, concluding “Murderers include the most unlikely people.You’d never spot one in the street. Or in a hotel.” His considerations are in contrast with Elsie’s flights of fantasy to great effect, as their pool of suspects grows smaller and another consideration appears.

There is humour in every part of this book, from the slightly absurd characters in the hotel to the situations Elsie in particular finds herself in, as she bustles around the hotel, avoiding certain people and seeking a version of the truth. Revelations and incidents mount up in this episode in a popular series. I really enjoyed this very entertaining book.

This book is certainly in contrast with the British Library Crime Classics I often review, as well as the Dean Street Press republished crime novels from the twentieth century. Not that outrageous investigators are unknown in other novels, and chocolate is certainly not the most surprising vice. Anyway, this is quite a cheerful murder mystery if that is possible, and adds to my variety of reading. I have some later books in the series, but have set Northernvicar onto finding the next book…