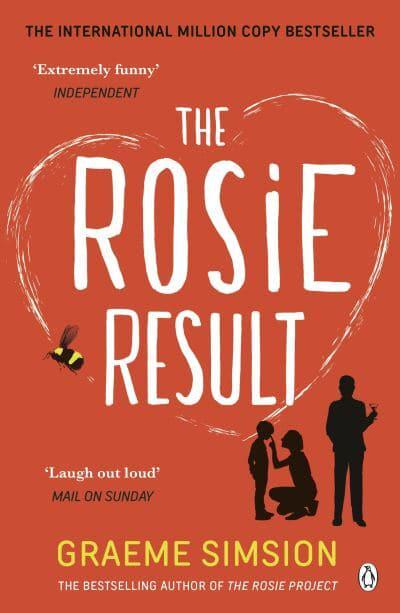 The third book in a highly successful series, this novel records the efforts of Don Tillman to cope with life. It follows “The Rosie Project” and “The Rosie Effect” in recording his great life events, but also tracing his development from a younger man who struggled with everyday social interactions, and had a tendency to use his brain power to overcome and solve problems. This novel revolves around Don and Rosie’s son, Hudson, and his struggles to cope with school, friendship and life generally. Following the Genetics Lecture Outrage incident, Don decides to take the lead in sorting out his son’s issues, as various teacher’s at the School demand that the boy take a test for autism. This raises all sorts of memories for Don, as in his school career he had been perceived as different and had constructed all sorts of coping strategies. As Don and Hudson hit difficulties, Rosie has problems with being the only woman in her department of research, and various family and friends have to work out their own difficulties.

This book probably works as a standalone book, as it gives a lot of background to Don’s past mistakes and victories, and each friend is introduced with small insights into their connection with the family. It is in some ways a comedy, a book that looks at the friendship bonds that change lives, and how being different actually feels. It illustrates the small and large problems of life and love in a person’s life, as we hear Don’s voice throughout, continually assessing and reasoning. A genuinely entertaining and uplifting book, it looks at the joys and trials of being different in a lively and vivid way.

The book begins several years after the end of The Rosie Effect, with the family living in New York. When Rosie is offered a research position in Melbourne, Australia, Don is happy to go with her, but Hudson states clearly “No. I don’t want to go to Australia. I don’t want to change schools. I don’t want to change anything”. Despite their own problems, Rosie and Don decide that he should give up his job which was threatened anyway and concentrate on the Hudson Adjustment Project. He tackles various teachers, and makes it possible for Hudson to spend time with his apparently sole friend, Blanche, who has a sight problem. In time, various friends and relatives are joined into the effort to help Hudson with various tasks and skills, even though they may well have difficulties of their own.

This is a contemporary book which has much to say about differences which can trouble individuals. It explores some of the difficulties and the problems of “solving” them, by medical intervention or otherwise. The various characters in the novel all have their backstories, and each is well drawn, even if they do not play a significant part in the story. There are running throw away jokes, such as that the Porsche car that Don drives is always requiring work from Phil who always passing on mild criticisms to Rosie. This book is uplifting and encouraging, taking a positive look at the differences that some people handle in different ways, the labels that they cope with and the assumptions that others make. I recommend it as a happy read in most ways, despite a few sad episodes, and that it has a lot to say in a positive and humorous tone.

This is a really interesting book, with some memorable characters. In the midst of the comedy there are some really interesting comments on autism and other elements of personalities. All three novels, I hope, will open discussion on the differences some people live with and attain so much. Certainly the first book did in our book group. As our book group cannot meet at the moment I have been putting a review of the book and some questions into the church magazines and on the website. So far I have done “Mr Rosenblum’s List” by Natasha Solomons and “Old Baggage” by Lissa Evans. We were not due to meet in June, so there will be a gap before the next one…

2 thoughts on “The Rosie Result by Graeme Simsion – Parents, friends and children in a contemporary comedy of life”