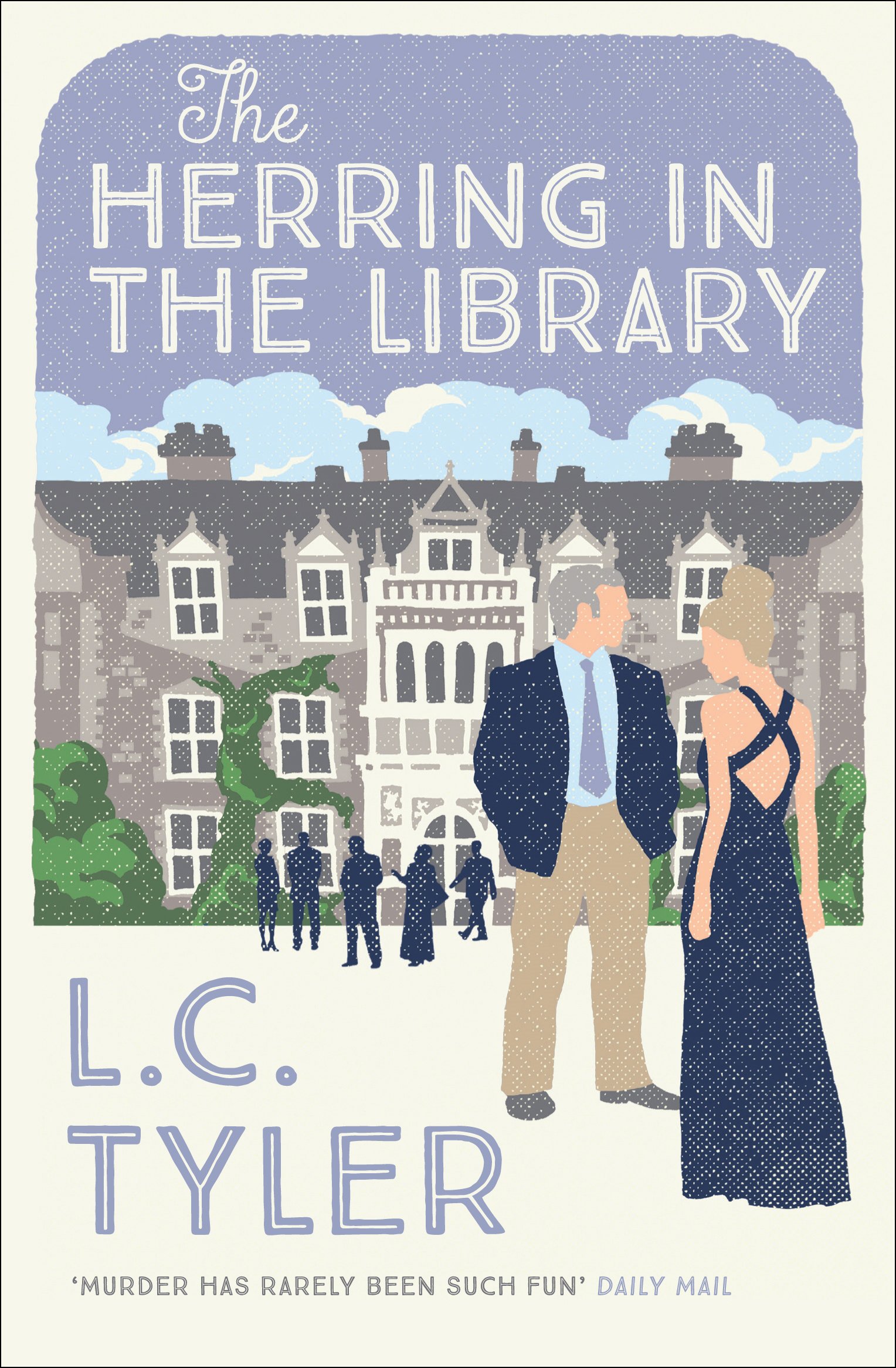 Anyone who has read a previous Ethelred and Elsie will know that a dinner invitation is likely to end  up involving a suspicious death. If you have not encountered them before, this is a standalone novel which imitates the familiar mystery novel themes of a manor house and a locked room. Not that this tale of potential revenge and secrets is a standard murder mystery; just as Ethelred and Elsie are not the most typical of amateur detectives. Ethelred is an author of three different genres of books, crime, romance and history. It is as a crime expert he is called in to ask more questions than the police, yet it is his historical character, Thomas, who features in the extracts of his book which provide some of the commentary on this story. Elsie is his agent, but also his companion in crime investigation who has some strange ideas, and a keen eye for some of those involved, especially the gardener.  This third novel in this sort of series is an light hearted overturning of many of the traditional points of a murder investigation, with many red herrings, ideas and bouncing around being barely contained by anyone. It is a comedy with some really interesting ideas, and some sharp observations on life and love.

Ethelred and Elsie are playing a peaceful game of Cluedo, with Elsie cheating shamelessly, when he points out that an old university friend has invited both of them to dinner in the local manor house. While Elsie continues in her usual unconvincing way about her appearance, Ethelred recalls how he recently met up with his friend after many years as the retired banker has bought the big house in the area. Not that Sir Robert Muntham is known to Ethelred as Robert; his nickname reflects his behaviour at college. There are several people at the house when the meal takes place, including an embittered friend, a couple of doctors and other people. The host makes a strange speech much to his wife’s discomfort before disappearing into his study. The discovery of a body in a locked room seems to suggest suicide, but the new widow asks Ethelred to investigate after the police withdraw baffled. Being flattered and inquisitive he is thrilled to be asked, but Elsie has more interest in clues that seem suspicious of themselves.

This is a funny and cheeky story of enquiries that are unusual into a mystery which, like Ethelred’s tale of Thomas, brings in poetic clues and beanie hats, excellent wine and high finance. As Sir Robert’s past is debated, his odious wife Annabelle makes suggestions that may lead to many possible solutions to the question of how he died. Elsie is dubious about Annabelle, Ethelred is the recipient of many theories, and witnesses find different ways of hinting about what they know. Ingenious and amusing, this book ticks many of the mystery fiction boxes and forms a commentary on the usual murder mystery. I recommend this book to those who are fans of the hapless twosome, and those who come to the series new as it does not take long to work out the relationship between the two main characters. An easy read for dull times.

This series is a very cheeky reference to so many crime novels featuring country houses and locked rooms; to write this well about it necessitates an impressive knowledge of the original sort of stories. The comedy comes from the characters, the dialogue, and the innuendos. A lighter read than some on this site – but it adds to the variety!