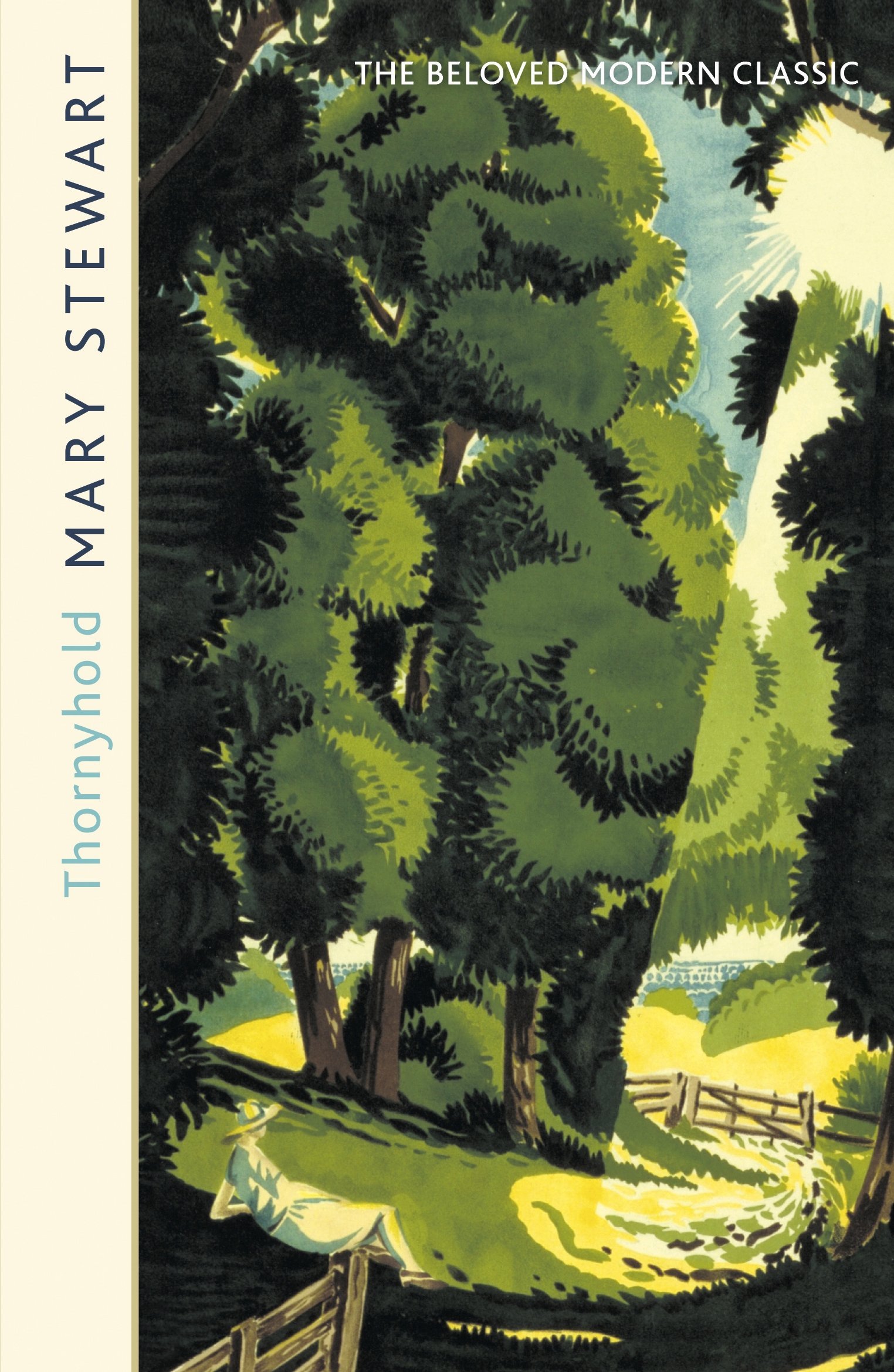 “I suppose that my mother could have been a witch if she had chosen to.” So begins this clever, almost mystical book which tells the story of Gilly, or Geillis, a young woman who discovers that life is not always straightforward. A lonely child growing up in a bleak Vicarage and unfriendly schools, her childhood is transformed by the visits of her mother’s cousin, also called Geillis. Magical, and mystical, she is a woman who makes a difference with her knowledge of the world and especially plants.  Her home is the same, full of secrets and opportunities, but also attracting the interest of others. This is a lovely book, written in Gilly’s voice, explaining her sadness but also her joys of discovery. The settings of this book are not exotic, unlike some of Stewart’s other books, but it speaks of the variation in landscape culminating in the beauty of the house Thornyhold and the surrounding Wiltshire countryside. Thornyhold itself is another character in the latter part of the book, beautifully described to create an image of house and garden that speaks loudly of the women who have gone before. This is the first Stewart novel I have read in several years; produced in 1988 it is a lovely book of a time past, of postwar England.

Gilly recalls how her mother had her occupations which left her with little time or even interest in her only child, as she was a woman with a sense of the “other” from her upbringing in New Zealand. Her father was equally preoccupied with his ministry and accordingly Gilly grew up alone, with no friends in a grim mining village and not really allowed pets. Her shining memories are of Geillis, her godmother or sponsor, and her visits explaining nature, plants and glimpses of the future. When Gilly is left alone in the world, she is left to grasp at a glorious promise of a house far away from her previous homes. It does not take long to realise that there are secrets connected with the house, and perhaps quite frightening elements of her new life to sort out. Can Geillis’ affection for this lonely young woman help in a world of challenges?

Mary Stewart is an author with a sure touch for the natural world, and secrets that go beyond the obvious. Though not everything is happy and comfortable throughout her novels, she is a reassuring and yet insightful writer of place and time. This novel makes a lot of the power of women to change their world in an interesting way. I really appreciate her observation of the plants and animals in this book, how the role of herbalist and healer has always been important, and how Gilly must learn about the new world around her. Very much a comfort read, this is a novel of darkness and light, hope and love, and special people. I recommend it as a great comfort read for tricky times, an easy read about the joy of flowers and life in many senses.

This book rates as another discovery while looking over some of my fiction shelves for a different sort of read, despite the fact that I have plenty of newer shiny hardbacks to enjoy. I suppose it shows how I mange to read several books at once, by reading from different genres and so not getting confused – that’s the idea anyway! Who knows what my next discovery (or rediscovery) may be?

4 thoughts on “Thornyhold by Mary Stewart – Wise Women, a house and animals in a story of discovery”