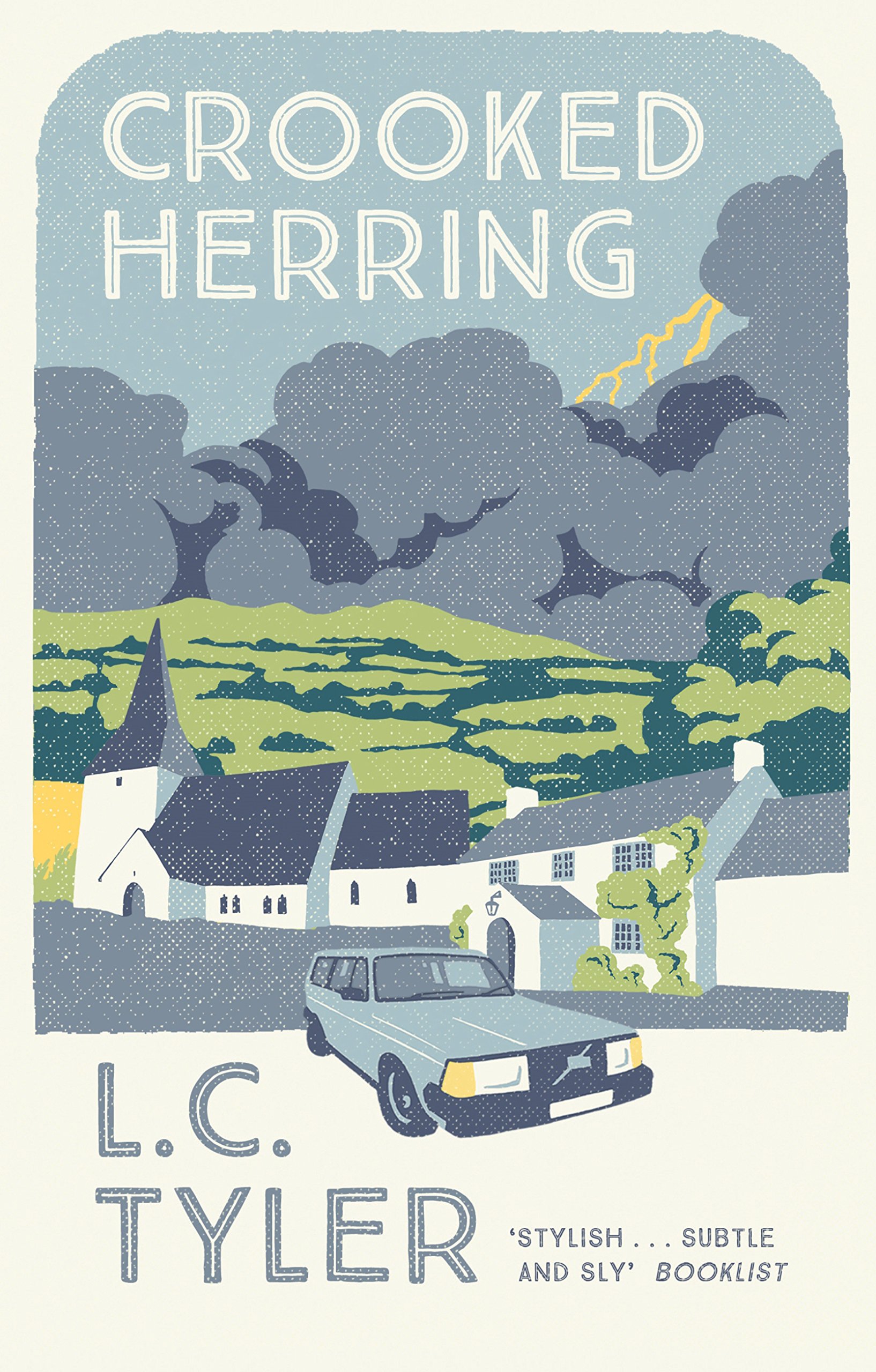 An adventure for Ethelred and Elsie that is less fast moving, but a complex plot of deceit, bluff and mysteries. This book definitely works as a standalone from the previous books as provided that Ethelred is seen as a somewhat hapless (hopeless?) author of crime novels and Elsie, his literary agent is seen as a chocolate obsessed interfering lady. In the fifth book in this series, Ethelred gets heavily involved in finding out about a possible murder on New Year’s Eve. Not that his investigation technique is that sophisticated, as a writer of police procedurals is a little less than able to sort out the challenges. Elsie, meanwhile, decides to commit her thoughts to paper, and ventures into recording. The running insertions in this book are reviews supposedly on Amazon – and they are funny distractions from the main story, though they are relevant to the story overall. This is a steadier book than some of its predecessors, with a non exotic setting (villages and the city of Chichester) and a more complex plot (which is criticised in the book itself). I found this a less hectic and more complex episode in the series, but just as enjoyable and humorous, making lots of references to a writer’s life and more.

This book opens with a Prologue which Ethelred says that no one will read, but which stresses that his erstwhile partner in detection is out of favour. As the book begins properly he is contacted by a fellow writer, Henry Holiday, fears that he has killed someone without remembering. Henry, despite being younger than Ethelred, has a particular taste in clothes, but is more successful in terms of book sales. He not only writes crime novels, but also reviews books. It is the prospect of getting some favourable reviews from Henry that means that he agrees to undertake some enquiries into whether he harmed Crispin Vynall, a far more successful writer. Accordingly Ethelred visits a pub and tries to ascertain whether Henry and Crispen indeed visited on New Years Eve, only to discover the bar man’s confusion. He proceeds to a nightclub, where he is not exactly at home, to discover if there was a CCTV record of the “older men” having been there. His progress is methodical for him, and does his best. Elsie, of course, is keen that he pursues the search, as she studies his reviews and finds them disappointing to say the least. Ethelred shows his usual problematic approach to life and in particular women, as he tries to work out excuses to visit Crispen’s wife.

This is a novel which indulges in a lot of references to a writer’s life, including the relationship between writer and agent. With characteristic humour and insight, the characters are realistic and funny, falling into their usual routines of studied insults and disappointments. Ethelred is is usual confused and baffled self while he deals with the challenges of finding out about a potential murder, worrying about talking to a woman, and wondering about his novels. Elsie, meanwhile fulfils her role of making life for Ethelred confusing while denying the truth about her chocolate addiction. This is an enjoyable read in a successful series, pushing the edge of their experiences and their relationship. The reviews, the subverting of other writers, the references to the writer’s life apart from the usual issues of investigating a possible murder, all adds up to an entertaining read.

I don’t want to give the impression that I am only reading the novels in this series so I can write the reviews (especially if you read this book)  I just enjoy a series. All being well I will be reviewing the first two books in another series tomorrow – another crime series…

One thought on “Crooked Herring by L. C Tyler – Ethelred and Elsie discover the difficulties of plot with distractions”