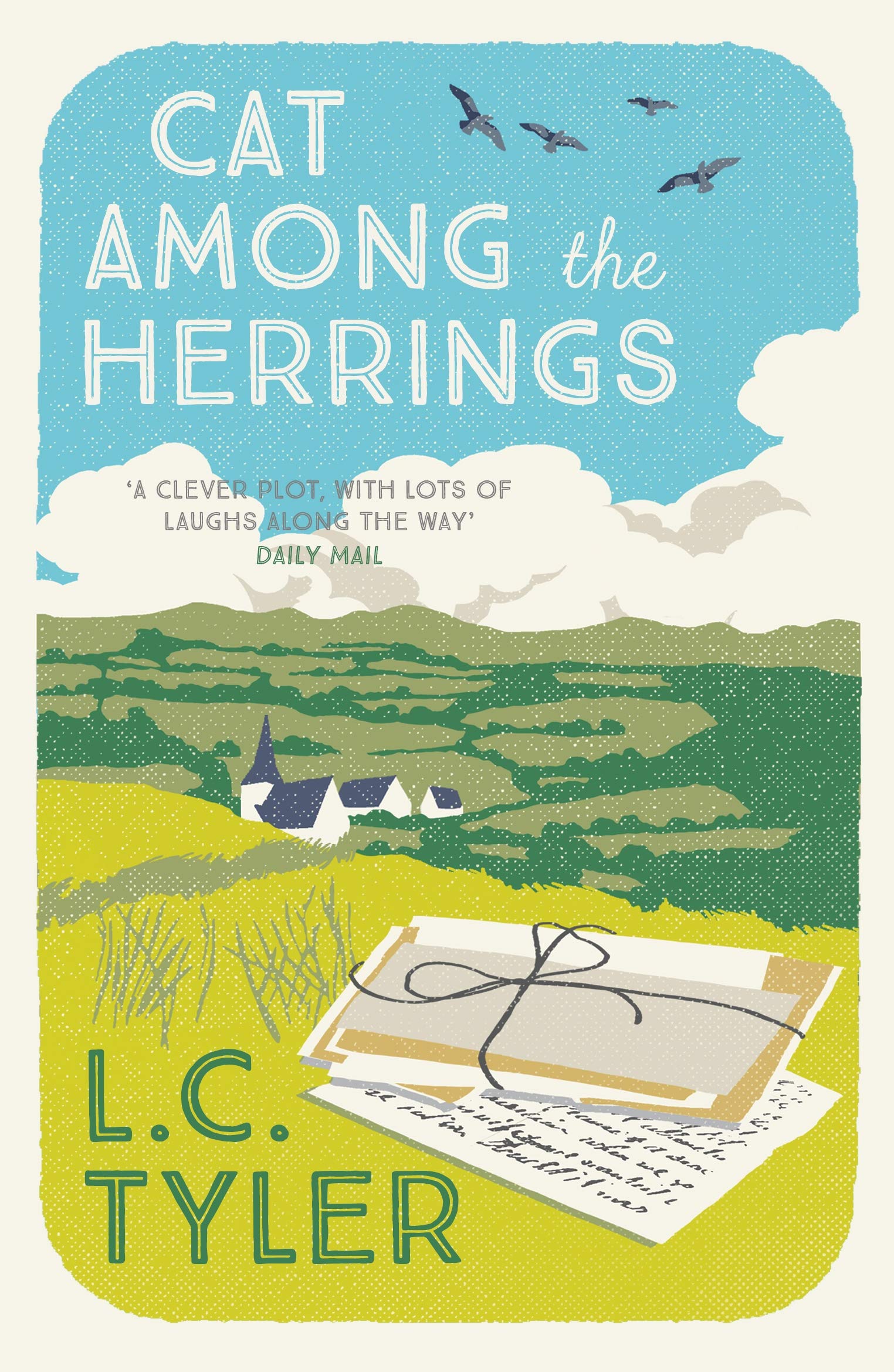 Cat Among the Herrings by L.C. Tyler

A book of murder and mystery, even if the murder dates back to the nineteenth century, this is another unofficial investigation for Ethelred and his sometime agent, Elsie. Happily it can be read as a stand alone mystery, as in this book Ethelred has established himself in a seaside village with a new group of friends, and his writing has taken a back seat. This is a story with fascinating characters, especially Catarina, the bereft fiancee of the departed Robin, who has died in slightly mysterious circumstances. The book is really a hunt for the truth about Robin’s death in a sailing accident, but Ethelred is reluctant to get involved in an investigation, especially as most people seem to be prepared to accept the more mundane report in the newspaper by Tom, a member of a local family. As the story proceeds with humour and confusion, Elsie becomes embroiled if only for the biscuits, and it seems Ethelred will be persuaded to look into more than one suspicious death sooner or later. As with the other books in the series there is humour and some great plotting as Ethelred and Elsie try to discover the truth by any means necessary.

The book begins with a funeral attended by Ethelred, at which Catarina makes a chilling announcement “One of you bastards murdered Robin”. She follows this up by seizing hold of Ethelred and demanding that he investigate what she alleges was a suspicious death. As the book progresses, it seems her mysterious background includes some fairly devious means of getting what she wants, despite the fact that she seems to be certain that she will inherit Robin’s house and money. Ethelred is not keen, but does discuss the matter with his friend Tom who as a journalist reported on the inquest into Robin’s death, which found him to be sober and his death an unfortunate accident. Ethelred tries to ignore the local gossip and pressure and instead tries to discover the truth concerning a murder in a local field which took place in 1840. He discovers two families, the Paghams and the Gittings, who have been intertwined with each other locally, as a man was hanged for the crime which does not appear to Ethelred to be as clear cut as it once did; he wonders how they reached this point in the local area.  Elsie, meanwhile, wants to avoid her assistant and her agency of authors whom she does not respect, so gets involved as only she can.

This is a well written mystery with a strongly humorous side. Some of the characters come over as thoroughly unlikable, but Ethelred is his usual impressionable self, who discovers that the pressure from a dominant woman and local pressure swings him into investigating a modern potential crime rather than sticking to an historical mystery. As usual Elsie is determined to get her way and the biscuits. I found this to be an excellent ‘cosy’ mystery, with some interesting characters such as Caterina and her dubious threats. I recommend it to anyone who enjoys somewhat off beat contemporary crime in a village setting, and look forward to the next episodes of Ethelred and Elsie’s investigations.

Another book in this amusing series, I have two more to read safely on my book trolley. Our daughter’s stuff is now nearly all gone from my fiction room, as she has happily just about recovered from her accident. Now just to sort through my books – which are not always where I thought that they would shelved. Still, plenty to read!

4 thoughts on “Cat Among the Herrings by L. C. Tyler – Ethelred and Elsie investigate a mysterious death, again”