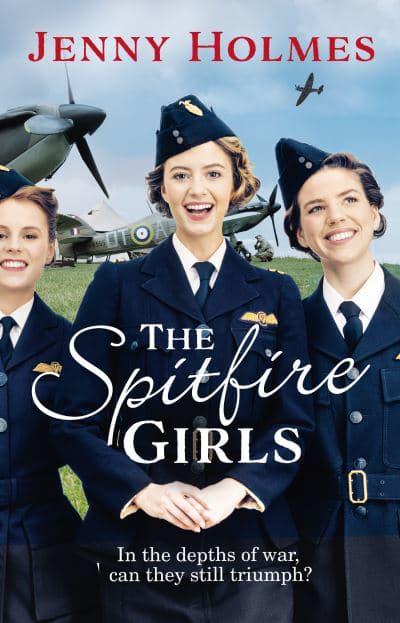 This is a novel of some of the women of the Air Transport Auxiliary, A group of talented pilots who spent much of the Second World War transporting airplanes. They did not fly in battle, or just deliver new planes, but also those whose airworthiness was of a doubtful nature to be repaired.These women were not fair weather aviators; they had to fly planes as needed even when conditions were not perfect and enemy aircraft were present. While there is much written in non fiction about them, this is a novel which shows the fictional world of three characters who fly with the service, and one woman who would desperately like to despite the danger. This is a powerful story of love and devotion to duty, but also of the very real feelings of the women involved. These brave women were young, and sometimes made mistakes, but essentially they were fixated on flying craft without some of the cover that male pilots had during battles. This novel is the first in a series of books featuring the women, and men, who were responsible for getting the aircraft to the correct place to enable a vitally important element of the war to be fought.

The three pilots that fly the aircraft at the start of the novel have all had opportunities denied to many people, let alone women, in the 1930s. Planes were far more rare and relatively expensive to fly. In the First World War impossibly fragile planes had flown over the trenches to see the lie of the land, and the technology had advanced to provide planes which could be used for aerial combat. Angela, glamorous and wealthy, whose family owned woollen mills, had wanted to fly and could afford to. She blossomed in the ATA, flying bravely and well. It is known that she has been chosen to be the model on the ATA recruiting poster, and is well known on the base in Yorkshire in September 1943 as the novel begins. Her friend Bobbie is also well known as a pilot with ambitions, who had first learnt to fly on her father’s own plane in Scotland. She is however naive and when she becomes the object of interest to at least one male pilot, she is unsure how to cope despite her bravery. The third pilot, Jean, had a less easy path to flying. Having gained a scholarship to grammar school, she has had to work really hard to get the opportunity to fly, and makes the most of her chance by being the most able and courageous of the women pilots. Mary, meanwhile, is a driver, who is nonetheless brave and dedicated to getting personnel to the right place, even when in shock and physically affected by the dangers of the bombing which to the area was subject. Her friend Stan pushes her to apply for training, but she knows that women from her background are fighting a huge battle to get behind the controls of a plane under any circumstances, let alone when their importance to the country’s fate was so acute.

This novel gives an excellent account of both the excitement and dangers of flying planes at this time. It shows that it was not only a matter of ability, but also background and opportunity. The tension is not always confined to being in the skies; the male pilots and ground staff have their own agendas on occasions, even feeling jealous of the women and their abilities. This novel is a well written look at the real humanity, the romances and intrigues of the women and those around them who flew planes in the most challenging of circumstances. It is an engaging and even gripping read, which more than kept my interest and kept me reading. I recommend this as a real book of the humanity and excitement of aviation in the Second World War.

I picked this book up a while ago, and enjoyed it greatly. I noticed the the next in the series “The Spitfire Girls Fly to Victory” had been published, and I have happily managed to get a copy! I also see there is a Christmas one to come, so something to look forward to over the next few months.