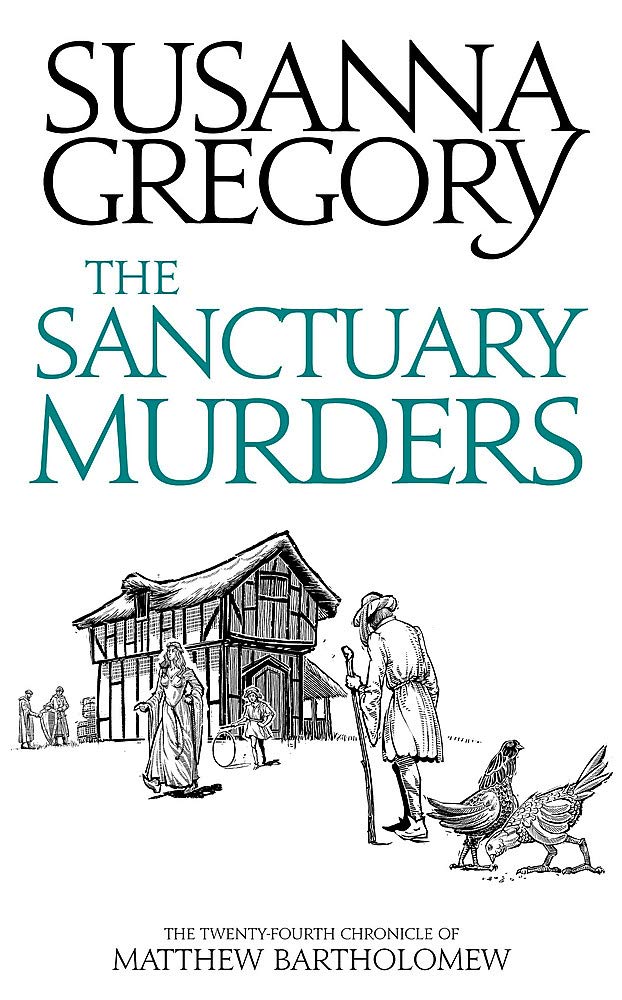 A novel of murder, conspiracy and a town at war with a university, this is the twenty fourth novel in a series set in medieval Cambridge. It features Matthew Bartholomew and his good friend Brother Michael, two men who have worked together over the years to maintain the peace in a town where the townspeople are suspicious of the University and vice versa. This is a lively story of the angry and frightened, and the unlikely comedy of many nuns, monks and a town full of fear of the French. I have read all of these books and enjoyed them, but I am convinced that it can be read as a standalone novel. Matthew is a gentle soul, but as physician and defender of the poor in the town he is sometimes exasperated by the antics of his fellow scholars and is determined to act. Michael is Master of Michaelhouse  and Senior Proctor of the University, in charge of ordering the behaviour of the scholars whose varied backgrounds and commitment to their studies make them at best an unpredictable number of young men. A large and permanently hungry man, Michael has a determination to maintain peace, but has also some ambitions. As always with this series I recommend this book of a mystery that has to be solved and physical threat as Michael and Matthew must once again act.

The opening of the book is set in Winchelsea, a small town which is the victim of a brutal raid by a party of French soldiers, in which many die. Cambridge is relatively nearby, and soon the town becomes full of rumours of a potential raid there. Some of the students are of foreign origin, many copy the language and fashions of the French, and some of the townspeople become convinced that the colleges and hotels are concealing dangerous men. There are also those in Cambridge who are jealous of Michael’s power and influence, and would like to seize both for themselves. When fire breaks out in the Spital, a place where the mentally troubled find sanctuary, Matthew and Michael rush there to help. Sadly they discover that a family has been murdered within the enclosure, and it becomes apparent that they and others were not ill, but in fact French refugees hiding in the sanctuary. Rumour and suspicion spread across Cambridge, and the picture is made more difficult by the fact that there are many nuns visiting the town for a sort of conference organised by Michael who need to be housed. Meanwhile in Michaelhouse there is much fuss around Clippesby, an eccentric but brilliant fellow whose work is causing a stir, especially as he claims to talk to the animals who live in the college, a situation which creates much humour.

This is a book which cleverly creates the town of Cambridge with complete conviction and a lively story. The characters, both those who have featured in the other novels and those who are new in this book, come to life in the descriptions and dialogue which works so well and consistently throughout the novel. The research informs the text well, but Gregory is a sufficiently able writer not to show the depths of her knowledge. This book has a subtle message as to what happens when a crowd is frightened by refugees and other people, and how a drunken element can be terrifying. I recommend this book for its story, characters and plot and the entire series for its entertaining and engaging consistency.

I am not sure if there is going to be another Matthew Bartholomew book, and after so many stories if I were to go back to the start it would be after a long time spent reading each book as it came out, so it would almost like beginning again.  Gregory also writes the Thomas Chaloner series, which of which there are fourteen novels, set in Restoration London. I have read some of these, and enjoyed them, but I prefer the Bartholomew ones. Either way, Gregory is a consistently good writer, and should appeal to many historical fiction fans. Have you read any of her books?