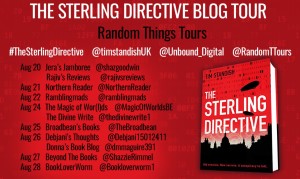 A thriller, a fantasy, historical fiction and mystery, this innovative book combines many elements to make a exciting, tense and really enjoyable book. A man emerges from an exile in military service in Canada in Victorian London, but this is a very different world from what could be expected in a normal historical fiction novel. The technology is very different in this carefully constructed world. Airships are ubiquitous, transport far from just horse drawn carriages, but there are also engine computers, with a primitive internet and communication facilities. Thus Charles is launched into a world of slippery identities, instant communication and records of people’s lives called berties. Meeting a new group of people, given a new role, he must pursue a new identity and a directive to investigate the notorious murders attributed to Jack the Ripper. This is an intriguing and exciting book, which contains action scenes and memorable characters, is a tense and engaging read. I was pleased to have the opportunity to read and review this unique book on the edge of fantasy.

The book begins with a duel and a death, as Charles returns to Britain after an exile of some eight years. All is far from well, and he is soon arrested before he can discover the truth of a crime which he struggles to remember. Condemned to a cell without hope, he is suddenly released and introduced to an organisation that he struggles to understand. Meeting new colleagues is one thing; he is also introduced to the mysterious Milady, who sets out his lack of options. Adopting a disguise and a fake fiance, he goes on a tour of parts of London associated with the Ripper, and gets a lead for further investigation. Partnered by the laconic Church, they have to survive more than one attack which are extremely well written. As a technical back up back at base Charles meets Patience, who manages the computer system, discovering people, creating false messages and more. A memorable character in many ways, she provides an extra dimensional to a story with real vibrancy and depth. There are careful descriptions of weapons and technological innovations that are on the edge of reality even now. The presence of innovation combined with an investigation which tests everyone in the service makes for an irresistible read.

At the beginning of this novel it seemed a lot to assimilate, as even a working knowledge of Victorian history did not seem to prepare me for reading this book. I need not have been concerned. It is funny, exciting and gives a real insight into Charles’ motivation as we observe the challenges he faces through his eyes, as he narrates the novel. His resourcefulness comes in part from his military experience on the edge of Empire in Canada, as a Civil war continues across the states of America, and partly through his maverick view of life. This book artfully plays with history, historical technology and humanity to great effect; it is a book which appeals on many levels as being fast moving, thrilling and more. I recommend it to anyone who enjoys a well written novel with a fast pace and depth of story that will entertain and engage.

One thought on “The Sterling Directive by Tim Standish – A Victorian fantasy of Action, Mystery and Machines”