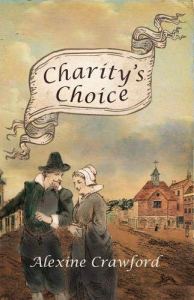 A historical novel which contains an in depth look at the confused political and religious situation following the most significant part of the English Civil War, this book also manages to tell the story of various individuals who tried to understand what was going on. This was a time when simple actions and meetings could lead to trouble, and the act of publishing non authorised writing could lead to imprisonment. Some of the characters actually existed, but the fictional characters are also invested with life. Gossip is a real theme in this book, as suspicions abound not only about political allegiances but also religious loyalties. Of course there are the normal topics for local gossip; suspicious relationships, surprise pregnancies and people who are new to the area, but essentially this book reveals some of the realities of this unique time in British history. This is an ambitious book which has a large cast of characters and mentions many more. There is a useful “Who is who and Locations” to show the various families involved which indicates some of the relationships. This book focuses on Charity, a young woman with a mysterious past, Thomas a thoughtful carter, his brother James with ambitions, and a young man who loves horses, called Hal.  I found this an enjoyable and engaging read, and I was pleased to have the opportunity to read and review this skilfully written novel.

A small scene set in 1632 establishes Martha and Walter, who appreciate the draw of journeying to America, where there is freedom. Then comes the main story, in 1647. The king, Charles, is imprisoned but negotiating, as Oliver Cromwell and others seek to balance the traditional loyalty to the monarchy with as yet untried political systems. As the various characters discuss the newsbooks and pamphlets that tell the people the news, create hope for a peaceful settlement and in some cases whip up seditious feelings, names are given to the real people who wrote the publications and were often imprisoned for their publication. This is an age of media but not as we know it, and depends on people reading and passing documents around. Women are depicted as the carriers of gossip, but also those who supported businesses and men in their sometimes challenging roles. As James wants to do more in the family business, he can antagonise people, whereas Thomas is more thoughtful and is determined to branch out and discover new ways of building up his trade. There are tales of the fighting which some of the characters experienced first hand, and the frustration of what to do with a deposed king who will not negotiate and seeks to escape. The importance of trade and the import and export of goods is mentioned, and a vibrant commercial society is shown.

This is not a long book, but it manages to pack in a lot of themes, characters and stories.The research behind this novel is immense, yet it never gets in the way of the story and the characters’ development. I recommend this book as an excellent story of a time of confusion and new beginnings, but also a time when people had to decide the way they wanted to live.  This is a very readable novel which vividly introduces a little explored time in British history through the eyes of people who were there. I recommend this book to those who appreciate historical fiction.

I am working on the belief that there are not so many books on this late Civil War period, though I have read several non fiction classics in the dim and distant past. Am I missing out on some fictional greats from the period?