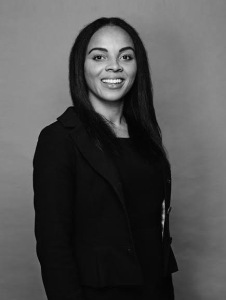 In Black and White by Alexandra Wilson

Being mixed race, female and young defies the expectations for being a barrister, even in 2020. Not that it is an easy process to get to that level, especially when, like Alexandra Wilson, that woman grows up in Essex. This is the “Story of Race and Class in a broken Justice System”, and it is a searingly honest account of the inspiration behind an ambition that resulted from a tragedy. Wilson wanted to be a barrister in a system that is extra difficult for a woman to enter, especially if they come from a non traditional background. Beyond her remarkable achievements there is much to be learnt from this book about those she seeks to represent. Many are fighting the odds of lives that have put them in the courts, or are victims of circumstances beyond their control. Wilson answers the sophisticated question of defending the “guilty” with many explanations, including the fact that some defendants have been consistently let down by the system and being in court is the wrong solution for them.

This is an important book as it depicts in a meaningful way the problems faced by those who work in the legal system if they do not conform to the white, middle class male expectation. Using relevant surveys and studies as well as anecdotal evidence Wilson has compiled a convincing picture of how women apply to be barristers but rarely ascend to the highest level of QC. It is also extremely strong on how a black woman is rarely assumed to be a lawyer, and is regularly assumed to be a client. This book uses footnotes sparingly but well to back up assertions made beyond personal experience; this is a carefully constructed book that I was pleased to have the opportunity to read and review.

Wilson dates her ambition to be a barrister and challenge the system from within to the murder of her teenage friend Ayo who was attacked for being in the wrong place at the wrong time. Descended from members of the Windrush community on one side, her supportive family ensure that she has the opportunities to enter for scholarships and other opportunities to become a pupil then full junior barrister at a young age. This book is an excellent account of how legal training works, with the challenges and sheer persistence needed to survive and thrive in a system which does not encourage her. Members of her family can contribute their own experiences of assumptions made because of their ethnic background. As Wilson begins work she encounters people let down by the care system, the social system and the courts. She meets parents struggling to maintain contact with their children, and people who have mental health problems being treated poorly. She also encounters those who work the system to their own dubious advantage. Most significantly she learns to cope with the continual pressure that she endures for her background, even her Essex accent,  and comes to realise that she is someone that many can relate to, look to for help, and someone who can make a difference.

This is a very well written non fiction book that flows well and never gets bogged down in detail or legal obscurity. It is a very readable book full of real humanity and careful explanation of the necessary background. It is an admirable achievement which really sets out what it actually feels like to work in a challenging environment and some of the deficiencies of a system which affects real people in so many ways.