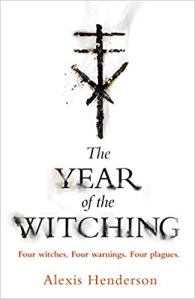 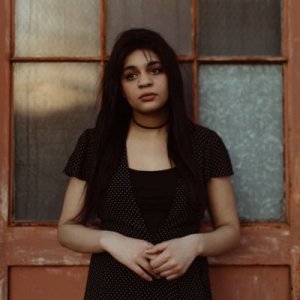 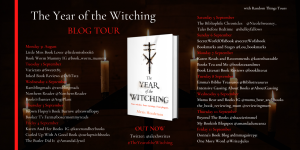 A book of rich fantasy, feminist themes and some disturbing imagery, this is a unique book set in an indefinite time and space. Immanuelle is a very different sort of heroine who from earliest days knows she is different to other people in the strict religious patriarchy of Bethel. As Henderson constructs a landscape of rural community and much more, it shows a society with a rigid protocol dependent on the person of the Prophet, an hereditary post with the rights to choose multiple wives and holding absolute power.

This is an unsettling book, for while it is fantasy there are echoes of more familiar concepts in our own societies, as the choices for women are strictly limited and the penalty for transgressions often fall on them unfairly. The Darkwood, the unknown area on the edge of Bethel, has a particular attraction for women and much of the identification of evil stems from the witches supposed to haunt it. The witches of communal memory are ritually destroyed, the marriage of women is associated with the sacrifice of women, and blood is seen as the evidence of commitment and cleansing. This is a powerful book of confusion, fear and more, yet love and friendship also feature. With the dystopian construction of a society, this is a forceful book which I had the opportunity to read and review.

Much of the narrative of this book is centred on the character of Immanuelle, as a young woman with her own role in a rural society. Immanuelle is born of Miriam, the midwife’s daughter, following her liaison with a man from the Outskirts of the community. Miriam had been exiled from her own family to live among those who are excluded by reason of skin colour when her lover was punished, before she went into the Darkwood. Immanuelle Moore grows up as a shepherd, as her grandfather loses position in the community’s hierarchy over his support of his daughter and granddaughter when Miriam dies in childbirth, while her grandmother Martha is a strict matriarch despite her husband’s second wife living in the same house with her daughters. It is this family which gives Immanuelle support, while her friendship with the more conventional Leah is the highlight of her life. When she enters the Darkwood in pursuit of a ram, her unexpected encounter with the female forms within both condemns and bewilders her, setting her off on a process of discovery which becomes vital when Bethal itself is threatened. Her friendship with a young man is a double edged sword, as Immanuelle realises that she must act to save everything.

This book is a strong and powerful testament to the courage and resourcefulness of an individual woman forced to make choices under unbelievable pressure. It is a memorable story with impressive writing demonstrated throughout, a vivid portrait of a society whose full nature only emerges as the story proceeds. I recommend it as a challenging and totally engaging read, as rural details are transformed into a sophisticated saga of ritual, belief in alternative realities and more. Seen through the eyes of a young woman of incredible courage, this is a stunning and impressive first novel.