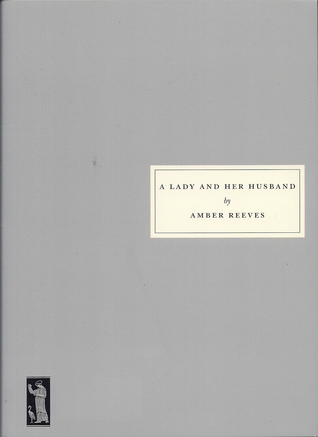 Persephone books have been producing some superb books over many years, and this 1914 book that was reprinted in 2016 is an example of an early book which could reasonably be seen as feminist. Not strident, not mentioning the campaign for the votes that was going on alongside, this book manages to question the role of women within the family, in the workplace, and making a real difference in the economic life of the country. It is a subtle tale of a woman who is not making huge public statements, and seemingly is trapped within her family. She is challenged on many sides to think about the hidden plight of women outside her comfort zone, but the life and death treatment makes her question everything and everyone around her. The writing is so careful yet so successful that this is an immensely readable and enjoyable novel.

Mary, wife of James, mother of three adult children, has lived in considerable comfort for many years. She is gently consulted on matters of the household and her daughters’ marriages, but she is also patronised by her son and husband who always know best. Laura is successfully married and her first baby is expected, Trent is the son who is confident of his own role in the family business. Rosemary wants to marry, but she has also made a study of socialism and the condition of working women, and manages to persuade her family that her mother’s impending loneliness would be best assuaged by a study of the young women employed in the chain of tea shops that the family owns. To Mary’s surprise, her investigations together with her secretary, Miss Percival, means that she gets involved in the actual lives of some of these girls, and finds that the assumptions of independent means were often unfounded. The women are working hard and their health is being affected by the lack of rest time and the uniforms they are obliged to wear. It is when she presents these findings to her husband that their relationship is threatened; for their entire marriage he has known how to show just enough affection and thoughtfulness to keep her happy. He is not intentionally harsh, but assumes that her money can be used to develop the business without consultation, and without much thought for his female employees. Beyond this concern, Mary’s view of her husband is severely shaken, and for a while the whole marriage is in the balance.

The preface to this book, written by the popular author Samantha Ellis, brings out the radical and challenging nature of this book, set against the story of its author and her relationships. This is more than just a family saga, yet can be read as a story of a woman trying to assert herself within her family and have an effect on those women employed in business.  Thus it is a book which works on several levels, yet is so subtle that the narrative is not obscured by political or social arguments. Read this book for the enjoyable story, but also come to appreciate the overwhelming sense of a challenge to the status quo beyond the vote. Both within an outwardly happy marriage, and in a profitable, successful business, the daily life of women is depicted as difficult, even oppressive, and someone or something must change. I thoroughly recommend this book as a satisfactory read for this year in which we think about the women who campaigned for the vote, and so many other aspects of a fair deal.

This Persephone book was sitting on the side waiting to be read for far too long, and I am so glad that I managed to find it in the pile to read and review. I am looking forward to reading more very soon!  The Ellis Preface in this book is particularly interesting,  as it gives a fascinating view of the author’s life and times, and added greatly to my understanding of the book (after I had read it, just in case of spoilers…)