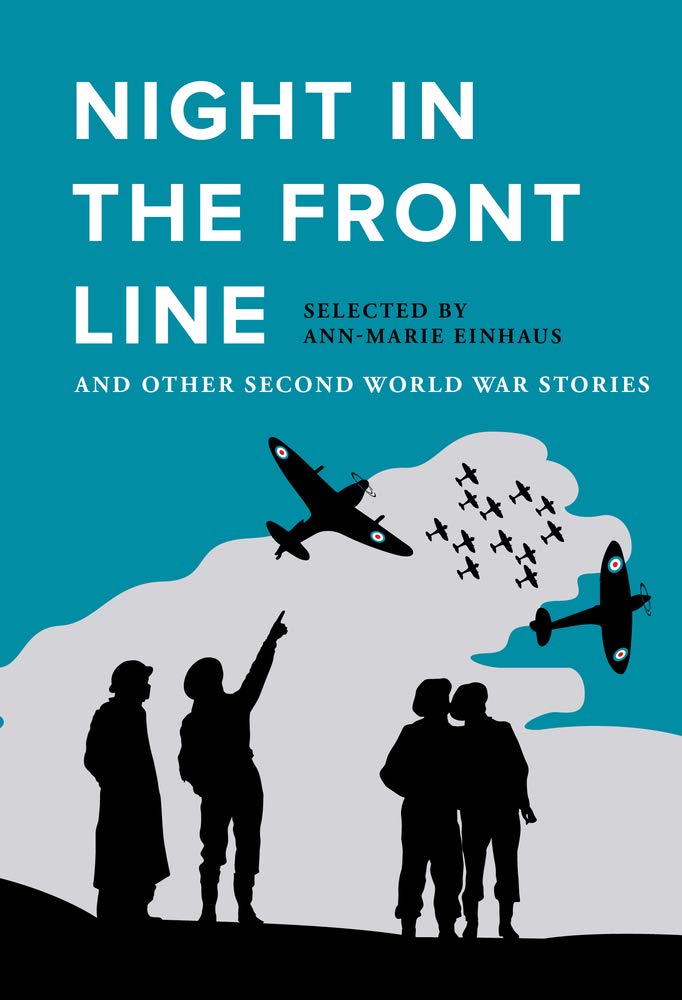 This is a collection of short stories relating to the time and circumstances of the Second World War. It includes some well known authors’ stories, and one or two of the stories have featured in other collections, including Persephone’s. The Introduction points out that “Short stories offer a fascinating insight into everyday concerns on the various front lines” including the humour, the despair and confusion”. Divided into four parts: Looking Back, Civilians and War Workers, Combatants, and Looking Ahead, the time frame of these stories stretches from before the War, the Home Front, those actually fighting, and the immediate aftermath. Each story captures something of the main character’s feelings in the time and place that they find themselves in, the confusion and the reality. They are all totally authentic, written of a time and place unlike anything experienced before or since. These stories reflect much of the humour and many sides of a War that affected so many in a huge variety of ways.

The first three stories are all by women, including the well known story “The Demon Lover” by Elizabeth Bowen, are all about the build up and the early part of the war with many memories of the previous conflict in 1914 – 1918. They are typified by fear, but also an awareness that things have moved on, with standards having changed and now a different involvement for those still in Britain. This feeling is amplified in the next section, as civilians face the challenges of actual danger, bombs and a revolution in farming methods. Combatants see the administrative mess of war which affects life before battle in the funny and frustrating “I Had to Go Sick”. In contrast the next story reflects the confusion of war and the cost of fighting on different fronts. One of the strongest stories is from Roald Dahl which details a genuine combat experience in a strange and memorable way.  The author Elizabeth Taylor’s story illustrates the effects of the war which goes beyond damaged houses and is a subtle, insightful observation.

This is a fascinating and illuminating book with a collection of stories that cover a full range of emotions, time and circumstances. It gives a series of literary windows into a significant time in British history, and the variety of writers is a well chosen mix between the well known and lesser known. As with the British Library’s other series such as the Crime Classics, there are stories here that are more difficult to find from other sources. The Introduction, by the person who selected the stories, Ann-Marie Einhaus, points out several interesting factors about short stories at the time of the Second World War. These include the fact that such stories lent themselves to reading in fragmented sessions, as both those actually fighting as well as those at home were frequently disturbed by bombing. There is also the fact that there were shortages of paper, so publishing short impactful stories was economically preferable to longer works. As a fan of writing during wartime I found this a really fascinating read and would recommend it to anyone with an interest in mid twentieth century writing.

I do enjoy writing from the time of the actual war, and happily some publishers have reprinted books from the time and so made them easily available. Persephone list twenty one books from the period on their website, including ration friendly recipes, letters and novels of the time. See http://www.persephonebooks.co.uk/grey-books-53/wwii/  for more details. Dean Street Press have published novels by women writers from the time under the Furrowed Middlebrow imprint, as well as murder mysteries from various authors. Their website is https://www.deanstreetpress.co.uk/ I am unsure how they are coping with the current situation, but check with their websites for more details. For example, I think Persephone are beginning to process their orders again. Some booksellers can obtain books and get them posted out. These smaller publishers will need our support as well as contemporary authors and independent bookshops, so this could be a good time to create a wish list (or is that just me?)