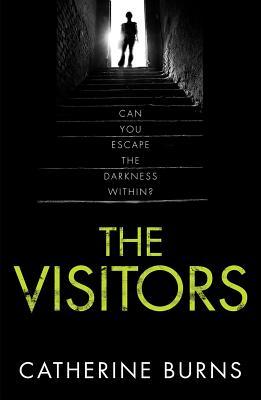 This is a disturbing but brilliantly written book. It is chilling, and all the more so because it is so domestic and intensely focused. I admit it would not be my first choice of reading, but once begun this is a very difficult book to put down. Domestic terrors and disturbing discoveries all amidst the mundane realities of daily life make for an incredibly frightening read. There is so much going on in this relatively small book, even though it is written about such a small space. The main character is minutely described, as is the other members of her family, with such careful insight that many will identify with aspects of her character, which makes the revelations and truly shocking events towards the end of the book even more graphic.

Marion is the central point of this book, as despite being written in the third person we soon become experts in her particularly limited world and her intense feelings which run like a commentary in the book. Having said that, she is the sort of person who can lie motionless for hours, contemplating the great mysteries of her life. She seems on the surface to be a simple scared soul, with more than the usual social fears. She lives in the house she grew up in, knowing every nook and cranny, every ornament and scrap of paper. Her brother John also lives there, having left a teaching job under a cloud. He is obsessed with planes and small hobbies, but obviously has a secret life which is connected with the cellar of the large house. There are obviously unresolved issues from difficult childhoods and adolescence, a Marion was bullied at school and John, though academically gifted, was very much a lone boy. The parents, long dead, would have been nearly impossible to cope with despite their relative wealth, and the many flashbacks which describe life in the house go towards explaining the situation of the current day. Gradual revelations and clues given to daily life reveal a desperate situation, as the terrifying details emerge.

The power of this book is in the writing of the everyday, as well as the creation of characters. The reader is drawn into a world of reality with undertones that frankly do not bear thinking about too much. Various seemingly disconnected episodes resolve themselves at the end. There are aspects of this book which are frankly stretching credulity, but the writer manages to hold everything together. This was a review copy of the novel, and I was intrigued to tackle this book which is so far outside my comfort zone. As a debut novel it is an accomplished, sustained narrative, and I recommend it to anyone who may also may also be intrigued by its mixture of the mundane and the fearsome.

Reports from the Derby Book festival include a strong recommendation if ever given the chance to hear Kate Mosse speak about her new quartet, beginning with “The Burning Chambers”. Her descriptions of her writing process, research and genuine interest in her novels was as always inspirational. This is a huge book to read, and sounds ominously full of historical events that did not always end well, but I suspect will be a genuine page turner. I will let you know if I find the commitment to undertake this big book!