My kind of Happy by Cathy Bramley

This book asks the question “What makes you happy?” Cathy Bramley has written a novel which is moving, funny and romantic, as a young woman asks herself this question in the wake of a family tragedy which occurred a year before the book begins. As Fearne comes to terms with her loss, especially in the face of other people moving on with their lives, she begins to realise that settling for a safe job with little adventure is now not enough, that she must actively seek out what makes her happy. The discovery that she wants to use her love of flowers, arranging them and passing them on to make others happy is central to this novel. Bramley has created characters that linger in the mind with their various attributes, ways of speaking, and expression of what they want and need from life. The setting, of a small Derbyshire village which features characters from other novels, is a comforting creation with real a sense of community. Those characters who have previously featured in other novels add to the texture of the book, but are sufficiently well established in this book that no previous knowledge of Bramley’s writing is necessary, but it adds a sense of recognition for interested readers. Fearne discovers a lot about flowers in this novel, not just how to arrange them but also how they can have a real effect on peoples lives, not least on life events but also in expressing feelings. As she discovers that coping in a small business is not always easy, despite her skills, she must come to terms with the complexities of life. Featuring a special dog, Scamp, and some fascinating people, this is a really enjoyable book.

The book opens with Fearne and her best friend Laura at a spa, as both seem to need a boost. Laura is an accountant, tired after the beginning of the year tax tussle, but Fearne admits in her role as narrator “I’d been stuck in a rut for months now and couldn’t see my way out of it”, so she will try even a crystal healing session. After the mixed feelings revealed in the session, Laura reveals a secret which rocks everything for Fearne. Within hours though she realizes she must move on from her situation, and the discovery of an old letter makes her revaluate everything, including her job in marketing which has occupied her for years. Remembering her deep love for her grandmother’s occupation of florist, she signs up for a brief course, and the discovery of a village where a wedding is taking place results in not only meeting new people, but the decision to take a chance on a new career.

This book demonstrates Bramley’s skill in establishing multi dimensional characters, who all have their gestures and quirks which attract, infuriate and make them seem very real. As she comes to know a new community and makes new friends, she discovers that her life involves real risks in order to achieve what she wants. This is a genuinely enjoyable book which I found to be involving, charming and entertaining. Originally published in four ebooks, this paperback edition drew me in for the four sections which actually flowed very well. Fearne is a lovely character whose honest, if fictional, progress is far from smooth but really engaging. I really enjoyed this book and recommend it as an wonderfully escapist read. 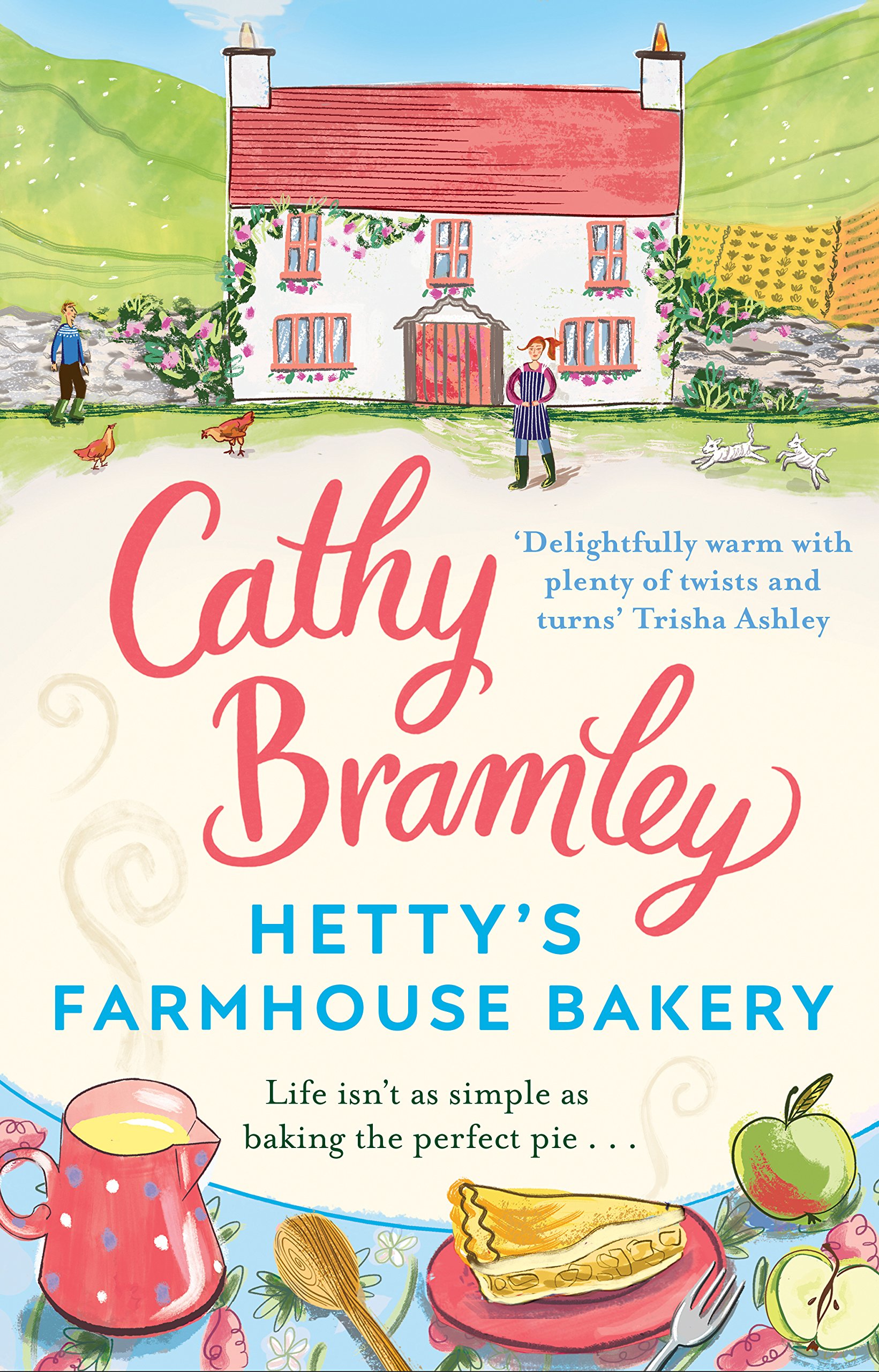 Hetty is a farmer’s wife, a mum to Poppy, and will bake pies for every good cause in the area. However, when Poppy is asked which woman she admires, it is her aunt Naomi she names, and Hetty begins to think that she wants an independent role, not just to back up her busy husband. While she loves her husband Dan he is completely wrapped up in the family farm that he inherited unexpectedly early before he could follow his dream of training as a vet. She gets on extremely well with her sister in law who runs a farm shop, her mother in law who lives locally, and her life long best friend Anna, single mother and school nurse.

This is a novel of a woman who realises that she wants to establish something for herself, her own business, a new start surrounded by those whom she loves. Set in the beautiful hills of Cumbia, this is a book which establishes a sense of a lovely if remote place, where the community is close and gossip spreads. It looks at the life of contemporary farmers who diversify into other ventures to survive. It examines long term relationships and friendships, old and new romance, and new opportunities. Hetty tells the story from her own point of view, and Cathy Bramley is so skilled at creating a voice of a lively and sometimes confused woman. Hetty’s particular talent is making free form pies with delicious short crust pastry, and it is this skill which she believes she can use to establish her own business, and much of the novel describes how she tries to do so in the face of unforeseeable difficulties. With funny dialogue and some moving moments, this is an engaging and endearing book.

The book begins with Hetty meeting Anna at the parents evening for their respective children. Bart, Anna’s son, is a match for Poppy who has a cheeky sense of humour, whereas Hetty’s nerves and style is to blurt out what she is thinking, much to the embarrassment of her offspring. Rusty, Hetty’s much loved and elderly dog is ill, and the situation makes Hetty reassess her daily life. When Naomi secretly enters Hetty’s pies for a competition for best Cumbrian foods, it makes Hetty wonder if she could do more to establish the sale of her pies through different outlets and create a business. As she receives an exciting invitation it creates tensions with her husband, and begins to make her reconsider past loyalties.

This book can be seen as quite a light read on one level, with a family and friends at its heart. Yet it also has a lot to say about the role of women within a community and a marriage. Hetty’s situation is not uncommon in contemporary life, with a long time relationship which has its challenges and secrets. I found it really enjoyable and difficult to put down, as I became so involved with Hetty’s discoveries and decisions.The dialogue is lively and realistic, funny and endearing. This is an entertaining book which I really recommend to anyone who enjoys a book with a light story with deeper themes.

Anyone who reads this blog regularly will realise that I enjoy a variety of books, and the difference between this book and yesterday’s sizable novel of much of John Ruskin’s life is considerable! 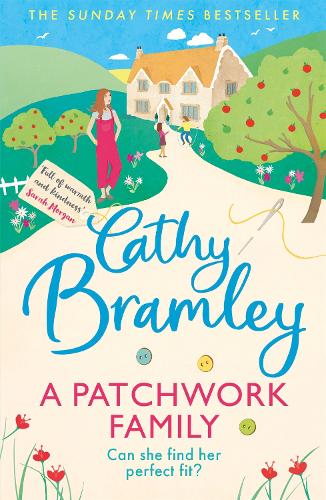 A contemporary tale of a woman who finds the value of asserting herself in order to get what she actually wants becomes in Cathy Bramley’s hands a well written account of life and many kinds of love. Gina loves her life in a small friendly village where she has established herself as a child minder, but there are things to surprise and worry her. Her friendship with three extraordinary older people means that she suddenly resolves to be different and work for what she actually wants in this book of family of many types. She feels that her parents have ignored her, she has drifted into divorce, and that real love has eluded her. It has taken a crisis to convince her that she must change and fight for what she wants and some other people need. Her friendship with all sorts of people in the village means that Bramley skilfully raises the idea of all sorts of families and all sorts of love in her memorable characters. This book is a blend of tales of village life and the story of one woman who discovers her ability to fight for greater opportunities.

The book opens with a meal to mark Gina’s divorce from Eric, well known to be amicable but demonstrating her attitude of consideration, as she has agreed to accept that he will carry on running their business with her ten per cent shareholding. She returns to her cottage, small and packed with the equipment she needs to run her highly successful childminding business, which she does with flair and a real affection for the children she  cares for. She has friendships in the village with another childminder and the owner of a local cafe. Her strongest relationship is with Violet, Delphine and Bing who live in a lovely large house which is on the same estate as her cottage. When she is asked by the temporary head teacher of the village school to help with a pair of twin girls, Isabel and Lily, she is impressed with his concern for all the children. Tragedy strikes, and there is a sudden impetus to make the most of life in every way as well as find a new home for not only herself but two vulnerable people. To confuse the matter further she encounters someone who gives her mixed messages, but that she soon realises is very attractive in lots of ways. As special events draw near, she realises that if she is going to succeed it is not enough to be an excellent childminder, but also come up with viable plans.

This is a book which as well as telling a light hearted story makes some strong points about the battles of love and relationships in a small village. There are several developments which are surprising, but are all within the bounds of credibility and fit well into the story. Not all the story takes place within the village, and there is a spectacular visit elsewhere. I found this a really enjoyable book, full of hope and genuine affection. This is a lovely read which I recommend to all those who enjoy these contemporary tales of romance and human interest, with humour and understanding.

I wrote a post about comfort reading the other day, and several people commented with their favourites, many classics such as Georgette Heyer and Angel Thirkell, who I thought was less well known today. It is a good thing that Virago Modern Classics have reprinted quite a few so that many people can get access to her novels. Not many people mentioned this light sort of contemporary book, but they are undoubtedly a cheerful read which many people enjoy. Keen readers of this blog will know that I have been enjoying Trisha Ashley’s books over the last few months, and there is no shortage of  (mainly) women writers who produce this sort of cheerful female led book. Have you got any favourites?