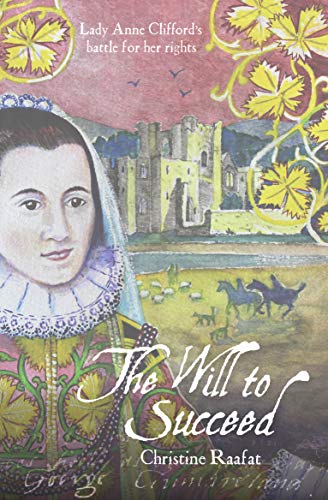 Sometimes historical fiction can give the reader a whole new perspective on a period of time, and the sort of people who lived during a time of change and challenge. Lady Anne Clifford was a woman who had one focus in her life, the inheritance of her family’s lands. In the seventeenth century women of course were not generally seen as having independence; only an exceptional few were landowners in their own right. Her obsession dated back to the time of her father’s death, when she was only fifteen, and was informed that she would inherit a fortune but not the lands that had been entailed down the generations of her family.  From that point onwards she was willing to fight for what she believed she should have, and for that she was willing to endanger everything. This carefully written novel is a testament to the determination of a woman who fought everyone in a fiercely patriarchal society peopled with those who were influential and changeable. I found this a powerfully written and effective novel which feels as solid as a non fiction history book, but brings characters to life like the best of imaginative novels. I was very grateful to have the opportunity to read and review this excellent book.

Born in 1590, Anne was the only surviving child of the third Earl of Cumberland, and thanks to her mother, Lady Margaret’s, connections at the royal court she became a popular and admired lady in waiting first to Queen Elizabeth then among those in the court of King James and Queen Anne. It is when her wish of marrying Richard Sackville is realised that her determination to fight for her inheritance really comes to the forefront of the story. With a subtle hand Raafat describes a young couple very much in love. It is only when, following a long separation when Richard travels, that he falls under the influence of unscrupulous gamblers and  a corrupt court, that he seeks to redress his financial losses by commanding Anne to give up her claim to her lands in the north of England. The loss of trust, the legal inequalities which face Anne, and the varying fortunes of the couple and those around them make for a focus to a fascinating account of life in and around the royal courts of England in the 1600s.

I found this a carefully executed book, which gives a believable picture of life for a woman of determination and strength in difficult circumstances. There is an immense amount of research demonstrated in this book which never gets in the way of the story; the small details of jewelry, clothing and everyday life of travel and setting is combined to make a tremendous narrative. This is a novel of powerful women and determined men, long journeys across the country, and the dispute which had a serious effect on several lives. Anne’s story is indicative of the problems that many wealthy women faced over the centuries, that their lives, loves and children became ways of control over them as the second best gender. This is a fascinating novel , and I recommend it as a fine example of historical fiction with a unique woman at its centre.