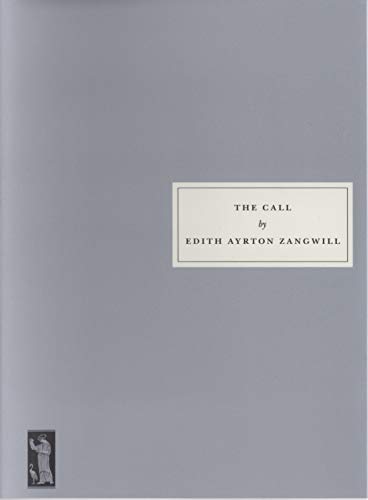 This is an amazing book. Originally published in 1924, and now reprinted, it is far from a book limited to the interwar period, as it features a woman far in advance of her time and a significant female role model for today. Ursula has significant experiences herself, and her progress over several years affects many people if only by contrast. Zangwill has cleverly created a memorable character in Ursula who is already living an irregular life when she comes into contact with suffragettes, and it is that element of the book which fascinated me. There is so much going on this book which gives an incredibly vivid picture of life for women in the early twentieth century, and I was extremely pleased to receive a copy from Persephone of this most recent edition of a fine book.

Ursula Winfield is a fortunate young woman. She is a comfortably off scientist who has gently resisted her mother’s attempts to bring her out into Edwardian society, preferring to devote her time to experiments in a special laboratory in her stepfather’s house. She is known to attend the Chemical Society’s meetings, though as a woman she cannot become a full member. It is there that she attracts the attention of Professor Vernon Smee, an influential scientist who is able and willing to offer facilities for Ursula to conduct more complex experiments. While she innocently takes up his offer, he becomes entranced by her youth, beauty and intelligence, especially as he has become dissatisfied by his wife. As her mother is a socially successful woman he is able to join the throng of admirers that she entertains, even though he admires the daughter rather than his hostess. There are several awkward incidents beautifully described by Zangwill as Ursula proceeds with her scientific experimentation and she finds romance when she is least expects it. She is involuntarily confronted by the significant difference in the lives of men and women and is becomes gradually involved with suffragettes, and it is her actions in this section of the book that I found the strongest. As war breaks out she is challenged in new ways, but is far from obvious how everything will turn out, as Zangwill keeps the tension going until the last page.

This book is written by a confident and able writer who chooses her material well, smoothly moving from disaster to triumph, challenge to success, but also from effort to failure and frustration. It has a vast compass, as a young woman becomes experienced in all that life can throw at her, but also demonstrates all she can offer. While this is a book of its time rather than a contemporary novel, I think it has much to say about women’s lives as the expectations of marriage are cleverly subverted and the strength of belief in a cause are clearly displayed as the main character suffers appalling treatment. Ursula is shown as a character who really thinks, dealing with challenges as best she can, human in her reactions to the treatment of herself and others. It is a big book and not well known, but it deserves much more attention offering as a valuable insight into the lives of women in the early twentieth century, and I recommend it as a read for anyone with an interest in relatively early feminist literature.

Today we marked Epiphany, and a start was made on taking down some cards and decorations, but it has ground to a halt in favour of preparing for this week; essays and study days, services and other swiftly advancing demands on time. I am still accumulating books, though this one is definitely one of the strongest I have read and I found it hugely enjoyable. The fact that I am wrestling with an essay on the film “Suffragette” is probably significant. Having seen this powerful 2015 film four times now perhaps means that I ought to consider doing film reviews here, but frankly I do not get round to watching enough!