Sam Applewhite is trying to complete her tasks for the exacting, if not terribly forthcoming, DefCon4 in not so sunny Skegness. A new resident arrives at Otterside retirement village. Somebody has murdered Drumstick, one of Della’s pet turkeys. The Odinson clan, modern self-styled Vikings, have remarkable plans for saga-worthy investigations. Then the murders begin.

In this second book in the Sam Applewhite series Sam is back as the capable one in an area filled with unusual people in a slightly surreal Skegness. Her retired magician father is still gently causing mayhem, while her ex boyfriend Rich by name and in fact has now found himself a butler called Peninsula. It is a book of plans and ideas, as various groups of people want to achieve different objectives, ranging from the murderous to the constructive. For me, a new favourite character emerged; Hilde, the supremely talented Odinson who handles engineering tasks and people management with great skill. This book would be enjoyable as a standalone, as the surreal sense of humour and memorable characters firmly establish themselves quickly in this fast moving novel. Some of the murders are again a little gruesome; this is perhaps not an ideal read for the easily shocked, but it is an enjoyable multilayered mystery with much to recommend it. I was pleased to have the opportunity to read and review this unusual novel.

When Polly Gilpin, an older woman, arrives at Otterside Retirement Village by the arrangement of her niece Erin, she is concerned that she is being labelled as showing signs of early dementia. She soon begins to discover that the residents of Otterside are certainly not predictable, and appear to be determined to have an exciting time. Sam meanwhile has been asked to investigate the untimely and suspicious death of Drumstick the turkey a few weeks before Christmas, which happens to have taken place very near to Otterside. She also has the details of a task sent by her employers, DefCon4,  which involves setting up a refrigeration system for the retrieval of a mammoth. When she delivers her odd package she discovers that her client is Rich, who outlines his latest plan for an innovative theme park development. Her father has made a plan to ease his money troubles by giving some more performances, but it doesn’t prove to be as straightforward as he imagined. Meanwhile, a brilliant inventor / engineer is gearing up for her greatest construction, provided that someone can get the right materials. Before long, it seems that someone is taking extreme action to rid the world of another character in a thoroughly inventive way.

This is a book that depends upon a certain suspension of disbelief in the face of some remarkable characters doing some strange things. An unusual sense of humour underlines this novel, with no opportunity for a funny observation allowed to escape. Thus inappropriate magazines get used for festive purposes and Sam has to meet an unusual catering challenge or two. This novel again demonstrates the authors’ confidence and inventiveness in requiring a certain suspension of disbelief as many of the characters try to cope with the amazing, intriguing and sometimes downright dangerous events around them.  Skegness is an unusual setting for murder mystery novels, and this is prossibly a brutally accurate depiction of some of its unlovely areas, but Goody and Grant have created an underlying world of memorable, unrealistic characters to inhabit it, and produced a funny and memorable reading experience.

A dark comedy which starts in the mundane realities of contemporary life; a misdirected package starts a chain of events in which two of the characters compare films which feature similar scenes of blood and gore. Cold blooded murder, some torture and inventive death feature heavily, and this is certainly not a book for those of a nervous disposition. There is also humour and some surprisingly tender moments as misunderstandings and misapprehensions abound. The characters are all very different, and well drawn contemporary people put in dramatically unusual situations. Despite the sometimes disturbing descriptions, I found this was a book that was a compelling read. I was pleased to be asked to read and review this book as part of a blog tour.

Nick has several dilemmas to cope with for one morning. Despite his extensive precautions a precious bottle of whisky is delivered to another address, and after fruitlessly trying to contact his neighbour, a certain Oz Bingley, he goes into work. He is teased by his ex girlfriend as he realises his spectacular failure (though very funny) in an advertising presentation. He is planning to take his very ill father on one last weekend away to Scotland, to satisfy a fantasy of whisky, log fires and clay pigeon shooting. Meanwhile, an assassin or secret operative are searching for Oz for strange reasons which take some time to emerge. Casual brutality becomes the order of the day as the hapless Nick, now absolutely filthy, his unwitting father, Tony, a newly acquired dog, Pickles and a strangely loaded car are pursued to a strange and violent conflict. Finn and associate, Adam, have used some disturbing means in pursuit, but nothing will stop them in their mission. There are touching moments as the relationship between Nick and Tony becomes more honest, and life and death become reality in frightening ways. Nothing is held back as bodies, creatures, blood and gore flow freely, Nick and Tony discuss film series, and the comedy can only get more dark and ridiculous. It is never certain who or what will survive, and only by reading on that the sometimes bewildered reader can attempt to keep up with what is going on.

This is a book that can exasperate, confuse and disturb, while entertaining and intriguing the reader. I found that it sometimes overstepped belief and taste, but was just about rescued by its humour and accurate portrayals of its hapless hero, Nick. I am not sure that some of the excruciating detail was necessary, but I can see that many small incidents contribute to the overall achievement of the book. Nick is a clever creation as everyman assailed on every side, and I found his conversations with Tony fascinating. Finn is a frightening character, determined, driven and destructive, who is sometimes beyond belief. There is an element of farce in this book, with characters colliding in all senses and forces seemingly beyond anyone’s control. This book pushes many limits in my opinion, and there were parts that I found a little disturbing and unnecessary, but it is definitely a romp of a very contemporary type. 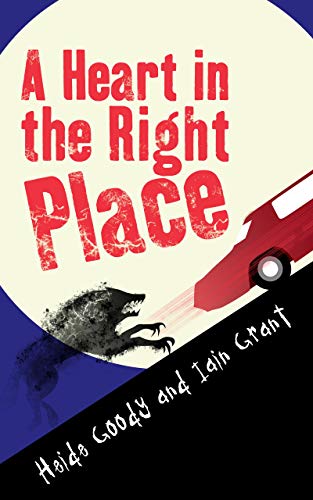 Yes, another post, as I try to sort my reviews out. As I frequently say, so many books!