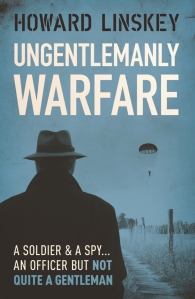 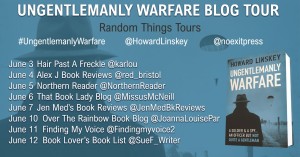 On one level this is a historical thriller set in the Second World War, featuring the fight in France partly run by the Special Operations Executive. It is also a picture of a specific man, Harry Walsh, with a significant backstory of action at Dunkirk, a complicated love life, but especially lacking the acceptable background for being a gentleman.  Anyone with a basic knowledge of the undercover operations which were attempted by British agents will find much to interest them in this novel, but the additional layer of discrimination against people from a lower class makes it an unusual read. It also explains the title; while Winston Churchill called the SOE “The Ministry of Ungentlemanly Warfare” in that the tactics used by the agents were against all the understood rules of warfare, Walsh himself is seen by certain officers as not the correct class to hold a higher rank or indeed be trusted. With some brutality which is necessary in a book on this topic, it never feels gratuitous. This is a book about feeling the fear and using that energy to defend and even attack. The realistic recognition that German retaliation was always to be considered when planning action is also present, adding to the complexity of the narrative. This is a deeply thoughtful book, which places a quotation relevant to each chapter in the text.  I was interested to read this fast paced and realistic fictional portrayal of the real secret army, and glad to have the opportunity to review it for the blog tour.

The Prologue features experiments for a new sort of aircraft which has everyone excited, which may well change the course of the war. Later in the novel the problems of testing and completing the plane for operational purposes become more detailed, but the possibilities of its use by the German air force to finally overcome the RAF is sufficient to make profound plans. Meanwhile, Harry Walsh slips away to expose a impostor who is part of a plan to expose several agents to the ultimate danger. Some success is not enough to impress Price, Harry’s immediate superior, who has his own twisted agenda and ambitions, especially where Harry is concerned. This is a book where the obvious enemy does not pose the only danger; the different departments of government guard their territories without much concern for individuals. Harry has had traumatic experiences and felt compelled to enter into marriage without love. At the point at which the novel begins he has an illicit relationship which will perhaps affect his judgement in the field. Still the training and the refinement of skills proceeds, as a plan evolves will test many people, and some to destruction.

This book is a pacy read, sometimes almost getting ahead of itself in its layers of plots and plans. The danger feels real, the power of the occupying forces overwhelming, the lack of concern for human life chilling. There is some light relief as one or two real people appear in passing in very clever ways.This a powerful read in many ways, one that does not waste words and linger over the drama. I recommend it as an exciting and fast moving read, with a real impact in terms of its descriptions of war themes, and some more unusual themes of class and gender discrimination.