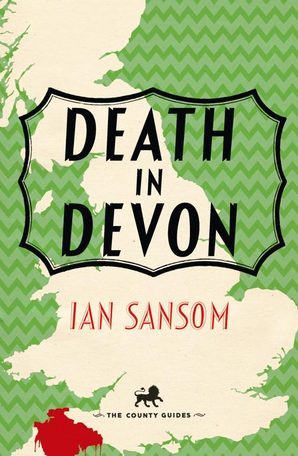 This is the second book in the County Guides series, and it is just as surreal as the other that I have read in this set, being focused on the strange and perhaps wonderful Swanton Morley, the ‘People’s Professor’. If you have not encountered this fictional character, possibly someone who should have existed, he is a compulsive writer of guidebooks to the counties of Britain. That is a small piece of his work; he writes articles, books, pieces for magazines and newspapers and many other occasions on every subject. Mainly seeking to guide people, he seizes every opportunity to gather and disseminate his formidable knowledge. Surfing, constructing a fire, the composition of a safety kit, Latin; every subject can and is covered. To be fair, his motives are less financial and more the spread of what he sees as necessary knowledge, but those around him struggle to keep up with his divergent thoughts and insistent demands for research and photographs. He is transported in a Lagonda (the books being set in some vague period in the late 1930s) transformed into some sort of mobile study, driven by Miriam, his fascinating and sometimes frightening daughter. The books are narrated by Stephen Sefton, a young man who has come from a privileged background, receiving the sort of standard education that Morley despairs of frequently and vocally. Sefton admits to suffering from the after effects of fighting in the Spanish Civil war, the trauma of battle alongside the natives of a country that he struggled to understand. Thus his somewhat outlandish experiences with Morley are set against a remembered background of sudden death and survival against the odds.

In this episode in the recalled writing of the County Guides, Morley decides on Devon for his researches, given that he has been invited to speak at a boys’ school. When they arrive, it is to discover that it is a family concern; the Standish family seems full of distinct characters while the boys and parents seem to provide a chorus of confusion. A mysterious death is soon discovered, an unofficial tour of caves occurs, and the exact use of a darkroom becomes elusive. There is mayhem as animals disappear, a school speech day and party are memorable and a school trip culminates in a surfing lesson. Morley inserts and insists on arcane knowledge at every opportunity, in-jokes, obscure information, and what would be a mystery investigation becomes confused by extraneous information.

This is a strangely enjoyable book, with elements of farce, a satire on detective novels of the time, and some genuinely amusing situations and comments. It can be read as a surreal chase, a mystery novel with added humour and obscure information. I suppose I found the idea a little disturbing on this occasion as the death reported fairly early on is casually dismissed. Sefton is a little hapless, but is traumatised by his experience of war, and there is a theme throughout this book of his distress compared with the strange people and events going on around him. This is in many ways a clever and entertaining book, punctuated with photographs of the period, but it also has an underlying layer of sadness in the face of losses and challenges past and yet to come.

I must confess that I have only just finished reading this book, having bought the other two in paperback. I am fairly confident that they can be read in isolation, once you have sorted the main characters. I hope so, anyway; book three seems to have escaped! The joys of having so many books! Not that I am complaining….