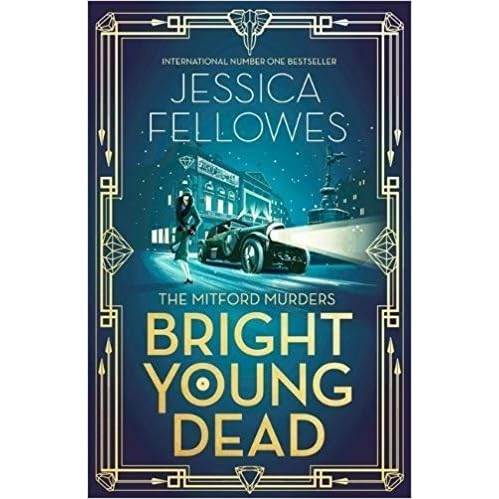 The ‘Bright Young Things’ of the 1920s were the celebrities of the time – the young people of a post First World War generation who seemed determined to have a good time at all costs. This book is set in 1925, and is the second in a series of “Mitford Murders” from this author. It does stand alone providing the basic characters are established; that the main part of the action is seen from Louisa’s point of view as a nursery maid and part time companion of the eldest Mitford sisters Nancy and Pamela. She featured in the previous book as having come from a very poor and abusive background, and meeting a young police officer, now sergeant, Guy Sullivan, before finding a work and home with the famous Mitford family.  Having investigated one murder together they become embroiled in this activities of a challenging group of people once more. At this time only Nancy and Pamela are socially active, as the next sister Diana is only fifteen, and the other three sisters are still under the care of a Nanny, Louisa’s immediate boss. This is a carefully plotted book full of the settings and small details of life in London, even in its criminal underworld, and the family home of the Mitfords. The clothes are lovingly detailed, especially as the young people’s group is so concerned with a fashionable appearance. There is a lot of implied distinction between the classes in this book as well as references to the well known gangs of criminals. This is a fast moving book which deals with murder and its aftermath, and the trials of being stuck in a particular situation.

The book opens with a meeting of some young people to whose society Pamila is being introduced to, though they are known to Nancy. Louisa is present as chaperone and helper, but is conscious of the difference between her position and this group. A treasure hunt, a very fashionable activity at the time, is proposed as part of Pamela’s impending birthday celebrations. Sadly when it takes place there is a suspicious death, and Louisa’s friend Dulcie, a fellow servant, is arrested for murder of a young man. Louisa knows that Dulcie is not completely innocent of crime, and is indeed involved with the infamous Forty, a notorious gang of young women who shoplift in all of London’s expensive shops. By chance, Guy has seized his chance to investigate a spate of shoplifting in London together with a young female officer, Mary Moon. The respective paths of Guy and Louisa overlap at the 43, a nightclub which hosts illegal drinking among other dubious activities, and they discover a mutual interest in tracking down the truth.

This is an interesting murder mystery which also includes a lot of detail concerning the attitudes and lifestyles of various groups of people in London in the 1920s. I found it an entertaining and interesting read, as much for the social history as the mystery. Louisa and Guy are fascinating characters in their own right, and the connection with the Mitford girls is not as central as may at first be supposed. The family name does undoubtedly attract attention but is perhaps not essential to the plot. I found this a worthwhile read and does make the most of the research that the writer has certainly done. 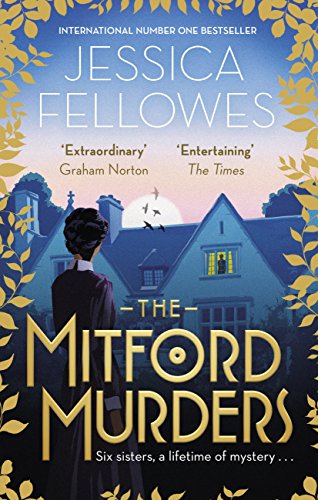 A murder, a runaway, a determined detective and a celebrity family; in some ways this sounds like an ideal book. Set in 1919, the First World War is over but the effects go on; for so many of the characters there is a sense of loss, but curiously the effects are not for the loss of loved ones. Possibly it has changed people, and not for the better, but in many ways this is more a story of two young women growing up. Full of coincidence, a few very laboured jokes, and some frankly bizarre happenings, it is a book which promised much but that I felt a little disappointed by; it tries to achieve many things but I think misses some of its self imposed targets. Possibly this is because it tries to blend fact and fiction in many ways, and the inconsistent behaviour of some characters is the result.

The book opens with a murder on a train. An older lady, rejoicing in the name of Florence Nightingale Shore, sets off from London to stay with a friend. She does not survive the train journey. Louise Cannon, a girl from the poorer end of London (a Peabody flat, which is a rather distracting fact that comes into the book, as is the Florence Nightingale link) is escaping from a truly evil uncle. She collides with the investigation of two young railway police officers, who fluctuate from having great responsibility to being expected to do nothing much. Guy gives her enough money and advice to set her off for a large house and the job of nursery maid, which she somehow gets. At this point Nancy Mitford appears, and while her well documented growing up is a glorious source for novelists, she is as seen as inconsistent as the rest of her family in a strange way. At one moment she is grown up and bossy, then she becomes a girl without a clue. This new life for Louise alternates between security and jeopardy, especially as the Mitford parents seem to allow freedom then clamp down. I have read enough of Nancy Mitford’s semi autobiographical novels to know that this was fair, but equally trying to shove these observations in with the story of Louise, Guy, a murder mystery based on fact as well as social history is a tall order, and not one that Fellowes pulls off well in the novel as a whole.

Altogether, this is a book which tries to achieve so much and I feel does not quite succeed. Some of the events and themes were not essential to the book, but would have made a separate novel. There is a lot of very impressive research, a good feeling for the era of damaged people, and poverty as experienced especially by women is touchingly described, along with the fear. However, Louise seems to manage rather well on very little cash, and the coincidences and attitude to Guy seem difficult to reconcile with the idea of someone from a very poor background. The suggestion seems to be that this is the first in a series of murder mysteries to be solved by a combination of the characters, and maybe the next novel will be less frenetic as the characters and setting are now established. This is a good read with plenty of atmosphere and interest, and will appeal to fans of murder mysteries in an historical setting as well as those attracted by the Mitford name. I am just disappointed by its lack of focus and large number of themes and characters as some of the very good ideas tend to get lost.