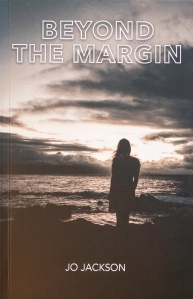 This is a book of life on the edge; both in reality and in emotional terms. Joe is a man who has been about as low as possible and now lives on the edge of the land, and Nuala is always on the edge of disaster. This is a book which features the difficulties and the tremulous joys of life as it describes days when the natural world offers so much, as well as days when people are at their most challenging. This book depicts the problems and inadequacies of the child care system in contemporary Britain and its effects on children and young people. It also deals with small agricultural communities on the edge of subsidence farming. It is an undoubtedly powerful book about the intertwining of two people, two fates, two lives. Difficult subjects are tackled head on, but in a basic and brilliantly observed way. Dealing with subjects such as drug abuse, teenage pregnancy and domestic abuse, it also looks at positive views of life. It looks at how certain people can look beyond the outer appearance to see the real person beneath. This sensitive and skilfully written book is an impressive and weighty book in many ways, and I was pleased to have the opportunity to read and review it.

Two lives intersect when a man offers a lift to a teenage girl in the pouring rain. She is awkward, needy but also fiercely independent. The scene then changes to a young woman who remembers scenes from her childhood, her life in care, her dismay over her abandonment. Life has been difficult and she reacts by seeking her freedom in a new setting, away from the tearing tragedies that have beset her.

A young man has had a hard life, a nearly impossible childhood, teenage years full of challenges. He has truly lost so much, but is haunted by a child that he cannot forget, he cannot outrun, and his guilt and pain pushes him further and further away. It is only when he gets to the edge of the land that he stops, nervous of a large animal but forced into action. His thoughtfulness and kindness give him a slight hope of a new start, but one that is tenuous, dependent on different people from any he has met before. He must confront his past life and discover a new way forward.

This is a mature book full of detail about potential problems in contemporary life. It also shows huge insight into the thought processes and instinctive reactions of a child and teenager, the sensitive approach of some adults which has an effect, the twists of fate that can change lives. The world of subsistence farming is beautifully described and sensitively worked out. This is a powerful book which has much to say about the nature of life and the pain of separation, the search for a child and the parent figure that is so necessary to a young person’s sense of self. I found this a profoundly moving book that I would recommend as a searing insight into difficult lives, combined with the genuinely positive input that can be made by relative strangers. There is hope, love and genuine concern in this book, and altogether it is an uplifting read.