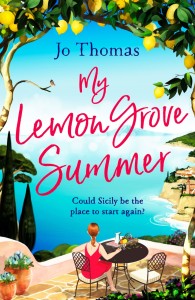 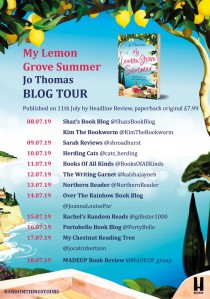 Sun, a new life, and a new start in Sicily. At last Zelda seems to be finding her way in life, and what could possibly go wrong? The answer, as explored in this well written and funny novel with several twists, is quite a lot! Zelda’s new start with her long term best friend Lennie after many disappointments is supposed to offer stability and love in a life which has always been short of both elements. The characters who inhabit this new town are really well drawn, including both long established residents and an oddly assorted group of newcomers. This is a contemporary romance with lots of purpose, as the conventions are subtly overturned. It has something to say about several issues in life today, as the problems that affect Zelda and others are not confined to Britain, but are also relevant  to twenty first century Italy. While economic necessity is always difficult, this is a book which is realistic yet also offers an affectionate look at the power of people when they feel strongly about something in their lives. I recommend this book as a light and enjoyable read, but also deals with potentially sensitive issues. I was delighted to have the opportunity to read and review this book.

As the book begins Zelda and her long time friend Lennie are standing in a poorly attended fortieth birthday party. They realise that, like the person holding the party, they have not found The One and are both fed up of trying to find love in a world of internet dating and unsatisfactory relationships. They discover that a small town in Sicily want new residents and are willing to pay people to relocate there. They resolve to settle for each other and move for this opportunity, confident that their abilities will find them work and a new start together. When they arrive, however, they discover that not all is as was promised, with limited accommodation, few opportunities to work and no instant physical attraction beyond their usual comfortable friendship. As time goes on they realise that the town is in real decline, and only decisive action can mean a real new start for everyone. As the newly arrived group begin to sort themselves out, it is obvious that there will be surprises and new attractions as people who are in search of a new beginning have to struggle to adapt.

This novel is more than just a romance as there are some tough issues to confront, including Zelda’s own experience of growing up without parents or stability,and her own impulsiveness which can mean that she makes decisions quickly and feels things deeply. This book deals with romance that does not always fulfil expectations, and the different sorts of relationships which can emerge, especially in a small local community. I found it a really enjoyable and easy read, with some interesting twists and a couple of genuinely tense moments. The brooding presence of Mount Etna in the background adds to the local colour and setting. I think that it would suit anyone who enjoys a sunny read set in a place with a difference and unusual relationships.

We also went to see a play in Stratford upon Avon. Many years ago I studied Shakespeare’s “Measure for Measure” for A level, and went to see  it at the old main theatre. It is not often performed, so when I noticed it was part of the summer season this year we booked tickets It is not an easy play, sitting awkwardly between comedy and potential tragedy. Happily it was extremely well staged and performed, with some strong comic performances, and thoughtful acting from the main characters, though I thought that the character of Angelo was underplayed. The season has been really good, as we saw the Taming of the Shrew at the cinema. I wonder if we can get to see it at the theatre?