A Springtime Affair by Katie Fforde

We all sometimes need a sunshine book to brighten up our lives, and in this novel there is definitely a summer feel, with two women who have to face challenges in the name of romance. There are moments when Gilly, a mother of two adult children is forced to think carefully about her entire future as she comes under pressure from various quarters, and the novel begins with her daughter Helena confronting her fears. Not that it is an enormous crisis; she is summoned to the rescue of a kitten by her landlord. This is a book which has several themes running throughout, not least the way adult children can put pressure on their parents who are perhaps wondering about their own priorities. It is nevertheless a cheerful book, featuring lively and funny dialogue, with consistent and entertaining characters. The settings are well drawn, including houses of various kinds and in varying states of repair.  I really enjoyed this book, it gives a positive impression of family relationships and genuine responsibilities. It is a lovely read in so many ways, with enough tension and twists to keep it interesting while being a relaxing read at the same time.

The book opens with Helena, a weaver of large pieces on a huge loom, being summoned from her studio by an attractive man, Jago, who is her landlord. A kitten is stuck behind a pile of building materials, and Jago needs someone smaller to go down a ladder into a small space and effect a rescue. Conquering her fears, Helena manages to lift the kitten out, and is rewarded with a professionally made sandwich. She regards Jago with mixed emotions; he has given her six months to vacate her studio home and finding alternative accommodation will not be easy as her loom is so large. The descriptions of Helena’s work are fascinating as she weaves pieces for craft shows and other events. Jago is willing to help, but both have pasts to consider.

Meanwhile Gilly, her mother, runs a successful B&B in her large house. Gilly had a tough divorce and had to fight to retain her home, and she has taken pride in offering a lovely place for visitors, featuring homemade food which she loves to cook. Unfortunately, her son Martin and his difficult wife Cressida have other plans, they are pressurizing Gilly into selling up and giving them the money so they can buy their prefect house, while offering Gilly “a home with us for your – older years”. Helena is speechless, and Gilly is saddened; she loves her family home, loves having guests to cook for, and realizes that Cressida is really hoping to get the money and for her to provide free childcare. So, when the handsome “silver fox” estate agent Leo turns up at her door, Gilly wonders if she can truly have a relationship after her difficult divorce and change her life for the better.

This is the sort of novel that had me silently shouting advice to the main characters while being thoroughly entertained by the descriptions of food, clothes and weaving. It depicts an older woman in a positive light as more than just a doting mother and grandmother, and the possibilities of romance in later life. Helena and Jago are fascinating characters, and the whole novel is an entertaining and enjoyable read, particularly in the summer months.  This is my second Katie Fforde novel in a short time – they are both very different, and inspire me to read more.

Quick Reads are just that – books that do not take long to read, are written in fairly simple language, and are often by well known writers. All of that is deliberate, and this is the Fifteen anniversary of sets of six books being made available at £1 each, every year. The Reading Agency have brought out the set for 2021 on 27th May, and if you buy a copy before the 31st, a copy will be given free of charge “to help someone discover the joy of reading”. Apparently one in six adults in the UK – approximately nine million people – find reading difficult, and one in three people do not regularly read for pleasure. The books are intended to encourage emergent readers and those who have limited time or want to get back into the reading habit. The chosen and promoted books are written by “the very best contemporary authors”, such as Catlin Moran, Peter James and Katie Fforde in this year’s set.

On a personal note I think that initiatives such as this are really helpful. Libraries and bookshops can be intimidating for those who have not found the joys of reading, and a display of these quick to read books which can inspire interest can be a welcoming sight. I also used these books when helping a reading group at a local library who had issues with reading or for whom English was a new challenge. Being able to finish a short book offers a great sense of achievement, especially when the writing is good and the book offers a worthwhile read. Also, anyone who has read this blog during the last year or so will know that reading books has kept me sane in lockdown months!

When I was offered a choice of the 2021 books to read and review, I chose Katie Fforde’s “Saving the Day” as I have read several of her books over the years. At 86 pages of large type it is a short read, though there are also three recipes at the end of the book which relate to the story.

The story is about Allie, a twenty year old who is pretty fed up with her life. She works in a supermarket with some overly bossy women, lives with her father and has an appalling boyfriend. The only bright spot is a cafe which she passes every day which looks so friendly. When she spots a card advertising a job in the window, she knows that she must learn to cook to stand a chance of her dream job, and potentially more.

This is as well written as Fforde’s other books, though on a smaller scale. In a short space she has created some memorable characters and a satisfying read. Her fans will find an enjoyable read and a taste of her longer novels. Those who read this book as their first Fforde may well be inspired to find her other books, and the many books of similar writers.

This is only one of six books that offer a wide variety of titles, at least one of which should tempt anyone even if they would not see themselves as readers. If you venture into bookshops or libraries in the near future, why not have a look at these or any of the many books produced in the Quick Reads series. You may find yourself tempted, and if you buy one soon you could help someone else! 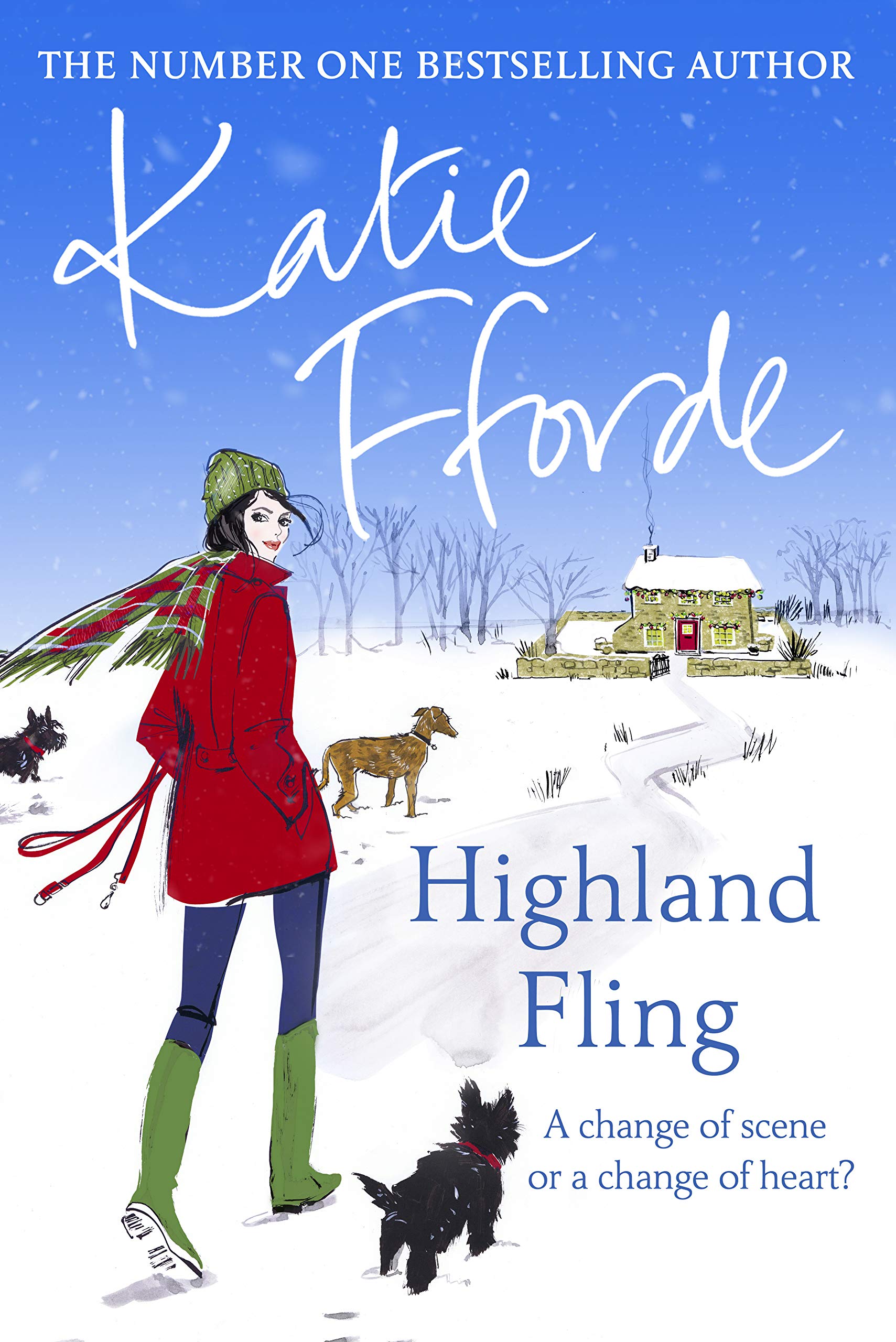 Jenny Porter is a virtual assistant who finds herself out of her depth in many ways. This novel, originally published in 2002, has been rereleased in a new cover and forms an ideal easy read for anyone. Jenny is a young woman who is less than keen on her boyfriend Henry, so decides that driving up to Scotland at the request of one of her clients to look at a failing mill is a good idea. Discovering that the locals are a mixed bunch, from the heavily pregnant Meggie to the fearsome Lady Dalmain, she soon discovers that her assignment involves more than a quick assessment of a small business. This novel has lasted well in terms of email being used in a limited way and some ideas of finding business opportunities, and the family relationships represent an interesting dynamic. This type of book has of course a strong romantic theme, but it is certainly not expected or straightforward. This is a book to revel in, with a large cast of well constructed characters who have ample opportunity to reveal their eccentricities and obsessions in a book which has a great deal of natural humour. The dialogue is witty and well observed, and is another source of humour.

Jenny’s work has so far been conducted at a distance, and she has little idea of what this task really entails. Her journey is eventful; she pulls to a halt by a “tartan-painted mobile refreshment van, endearingly called ‘The Homely Haggis”. She then encounters a member of the family who currently runs the mill, as well as an irritable but attractive stranger. When she proceeds to the house more revelations occur as she encounters the fragile Felicity and the demanding widowed Lady Dalmain living in a freezing house stuffed with antiques. Philip, the son of the house, is elusive on the actual running of the business, and secrets soon emerge that explain some of the problems. When Jenny explores matters further, she discovers that only radical action can save the business, the family home and much more. Can she save everything as life gets more complicated?

This book has several set pieces such as a challenging dinner party, trip to London and even a visit to a highland games. The weather plays a part in Jenny’s project, and the terrain proves almost as challenging as the freezing house, the lively dogs, and the slightly dysfunctional family. The business plan that Jenny comes up with is far from logical, but owes much to the locality and people that she encounters. Not always the most realistic of tales, this is an appealing story with plenty of local colour and enormous entertainment value. Jenny is a successful character in many ways, Lady Dalmain truly terrifying in her imperious manner, and others work well in their allocated roles. This is a light read with much to recommend it, slightly dated but also very funny. Set in the winter, this is not a seasonal read but rather has many elements of the local weather, landscape and community to enliven it. This is a light read and a very entertaining one.

At the moment it is tricky to concentrate on any one book, or even one type of book. My husband is therefore having to move piles of books around as I pick up and then put down some fairly weighty books, but at least he has managed to shelve some fiction today. How is everyone else coping with more reading time but some lack of concentration?