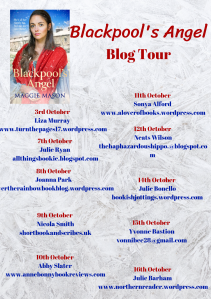 This is the story of Tilly, a total transformation in her fortunes, and of those closest to her. Beginning in Blackpool in 1893, she lives in a small home with her beloved husband Arthur and her small twin girls, Babs and Beth. Arthur is working on the iconic Tower, and all seems to be well until a tragic accident robs Tilly of all support, financial and emotional. Her efforts to use her undoubted skill in basket weaving are met with all sorts of disappointments, and it seems that her best efforts to support herself and her daughters are doomed to failure. Worst still, within a short time her reputation is lost, and both old and new friends turn their backs on her.

This is the story of a young woman in a close community whose physical attractions are her undoing for most of the novel, as people, especially men, are quick to jump to conclusions about what she truly wants. She is intelligent, loyal and loving, but her innocence and trusting nature can let her down. Later there are other traits which damage her, but this is a book of female strength and the loyalty of female friends. It has much to say on attitudes to both individuals and groups of people, and how wrong assumptions can damage and destroy. I was so pleased to have the opportunity to read and review this book that I actually read it in one quite long sitting.

The dialogue in this novel from the beginning reflects a very distinctive accent and voice. It is the voice of Blackpool, as this is very much a book with a sense of place, not just in the character’s determination to stay in the north east, but in the whole picture of life outside London. It shows the strong voice of women in ordering their lives and that of their children, while also depicts their vulnerability especially when their reputation is in question.

There are moments of real beauty here, as the author describes the traditional practices of gypsies and their celebrations, clan structures, and ways of earning a living when public opinion is against them. It shows the way that life in domestic service, though usually for the long term, can be precarious and have a devastating effect when lost. This is a book which talks about the small things of daily life at the very end of the nineteenth century in provincial Britain, such as what a family in reduced circumstances would eat, and how sanitary arrangements actually worked. This insight is either the result of good research, or simply excellent background knowledge, and gives this book a sound basis.

This book is actually the first of the Sandgronians Trilogy which will be largely set in Blackpool, which is a favourite location for this author. According to the author in her letter, other volumes will spread the focus to France and elsewhere in Britain, but still find its way back to Blackpool. This book would probably be best defined as a saga, and it is a fine example of a historical and fictional account of a significant portion of a woman’s life. It is a book which succeeds in bringing to life the story of a vulnerable, attractive and determined woman, who is forced by circumstances to reassess her priorities and how best to survive. It is a memorable and immensely readable book, which immerses the reader in a world different from the present day, but still containing elements familiar to women today. 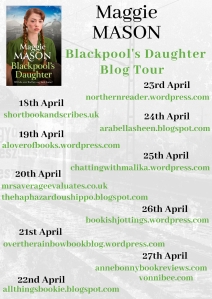 Evacuees in the Second World War often had a challenging time; Clara in this novel suffers more than most. Exiled from a pre invasion Guernsey, she at least escapes from the uncomfortable atmosphere on the island as her single mother, Julia, has fought valiantly to bring her up in the face of slights over her unmarried status. Neatly suggesting that Guernsey was a large village isolated from the mainland for the spread of gossip, the novel speedily carries the reader away from the island as Julia follows her daughter and it is only then that the action begins. This novel exposes the truth of losing people in the chaos of the homefront, when telephones were still relatively rare and the postal system affected by various factors ; that it was possible for people to lose touch with loved ones. While this book has several moments of terror and sudden loss, it also features great love and the sense of family that probably did overcome much in communities affected by war in so many ways. It shows how women had to endure separation from loved ones, new ways of life which were frequently hard, the reality of pregnancy without the presence of fathers and so many other dangers; this is not a book of bombing and blitz but of the harsh realities of life in supposedly safe areas. I really appreciated the truth of the characters in this novel, as they seek ways to live in challenging times. An effortlessly readable novel, it kept me reading into the small hours as I literally could not wait to discover what became of people I had been introduced to by this talented author. I was very glad to be given the opportunity to read and review this book as part of the tour.

Clara is only thirteen when she travels alone to England and safety from the imminent invasion. An overwhelmed system sees her sent to Blackpool and the cruelty over Miss Brandon who runs a shop. While she makes one or two friends who will help her to cope, she also learns quickly that it is difficult to know who to trust in a Blackpool where secret forces control daily life and rule by fear. Meanwhile thanks to the generosity of a older islander, Julia buys the last place on the final evacuation boat from the island, and rushes to London to reclaim her daughter. She is also reconciled with a friend, Rhoda, but the two women discover that their daughters have been sent from London to an unknown town. Julia and Rhoda enlist as land girls in order to travel north in the hope of tracking the girls, but country life brings its own temptations and terrors as a jealous wife seeks revenge. Meanwhile Clara becomes entrapped by a series of circumstances and must show enormous courage to survive and thrive.

This is a book with a complex plot in some ways, as human experience is rarely uncomplicated, and there are times when the drama edges towards the extreme. However, the undeniable strength of the characters always saves the narrative, and I relished the way that friends and minor characters helped save the day, even when all seemed lost. I liked the way that Daisy continued to help, and this book places great emphasis on the power of relationships forged in adversity. Read this book for the characters, the survival of love, and the hope of a better and fulfilled life which survives may challenges.

We have just returned from seeing the film “Red Joan”, which was excellent. It featured some excellent shots of Cambridge, including a college tower that I once fell down when descending the stairs….Judi Dench was predictably very good, but we really enjoyed the flashbacks ( very substantial) to the 1940s which were beautifully acted and filmed. A really good film, and highly recommended. Now to find a copy of the book on which it is based, somewhere upstairs…