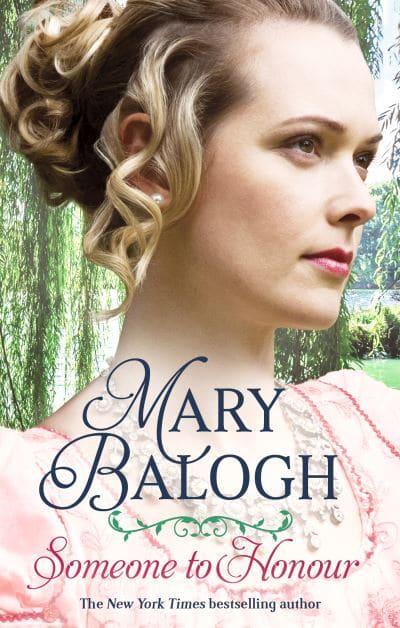 There are many who aspire to write novels of the Regency period today, following in a genre established by the great Georgette Heyer. Some are better than others, partly because some are perhaps less careful of their research into the realities of the period and such things as distance to travel and realistic language. That is not a problem with the much published, clever and funny novels of Mary Balogh. Although she lives in Canada now, she was born and brought up in Wales. She published her first book in 1985, a Regency novel, and has since written more than a hundred novels and novellas, often in the form of family series. I have not read many, but I do remember picking one up in a library while waiting for a theatre event, and giggling quietly over a bunch of aristocratic men who were all drunken and coming up with a cunning plan in one of her novels, which alas I cannot remember the name of, despite my best endeavours. There are at least seven series of books which run the story of a particular family or group of associates by featuring various characters of the group in each novel.

Balogh’s current series is the Westcott series, distinguished by the title “Somebody to …” and the sixth one is called “Someone to Honour” and was published in 2019. Being a bit haphazard in how I get hold of some of my books, I read this one a short while ago when I bought it new. I can honestly say that I enjoyed it greatly. It is a bright and entertaining read, full of period detail, humour and humanity. Despite it being the sixth in the series, there is sufficient detail in the narrative to fill in what is necessary to know to enjoy this story, together with a family tree to refer to, though that looks incredibly detailed on first sight. Suffice it to say that Harry and Abigail Westcott are brother and sister, once treated as an Earl and his sister, now disinherited. Not that their family will let them live in want at all, they are both financially secure. Major Harry was injured at Waterloo, and is, after significant recovery time in France, now en route back to his country house in the company of two significant members of his family and associates, and the guardianship of a friend, Lieutenant Colonel Gilbert Bennington. Known as Gil, he has a secret past life which has caused him both guilt and grief.

One of the numerous family and friends who turn up at the house to see Harry and ensure that he is recovering is Abigail, who is Harry’s sister. A strong minded young woman, she was brought up to expect wealth and position, but she has in fact had to accept the support of her relatives. She is no longer anticipating a brilliant marriage, and intends to devote herself to looking after Harry. When she encounters Gil, she thinks he is a servant. It is only later when she encounters him and his enormous dog, ironically named Beauty, that she begins to realise that he is a far more honourable man than she had assumed. Moreover, in a society that no longer regards her as prime marriage material, she has assumed that she will devote herself to the role of Harry’s sister and companion, and it is only gradually that she discovers that fate may have different plans.

This is a most enjoyable book, filled with the sort of delightful detail that brings people and places alive. The dialogue between the main three characters is lively and frequently funny, the narrative moves along at a good pace. There is a large element of romance, but also great knowledge of the time is shown, as well as distinctive characters. The plot twists are elegantly managed, the narrative satisfying and the novel is altogether an enjoyable read. I recommend this book to those who enjoy well written regency fiction.

Those who wish to know more about Mary Balogh including her childhood may be interested in https://marybalogh.com/  The first book in this series is “Someone to Love” . The next actual book in the series is “Someone to Romance” is due out on 25th August if you are waiting (or manage to read up to this point, or are haphazard in their reading). I really hope you can track down some of Balogh’s books!