My Husband Simon by Mollie Panter-Downes

This is the story of a marriage, of a woman regarding her partner with brutal honesty, and of an acknowledgement of genuinely confused feelings. Mollie Panter-Downes’ 1931 novel, now republished in the stylish British Library Woman Writers series, is a moving account of a young writer’s life in London. It speaks movingly of the joys to be found in London life, the evenings of bohemian existence, the streets, the journeys and the people that she meets. Nevis Falconer, the narrator,  also writes of the frustrations of daily life, the annoyances of her days ordering meals and dealing with the blocks to writing. She loves her husband Simon Quinn, in many ways, realising that he is essentially different from the other men in their circle, though this is not always a good thing.Nevis is appalled by his family, especially his mother, whose social ambitions and attempts to run the lives of everyone are always apparent. This is a deeply personal narrative in which a flawed character tells her story, highlighting particular points, accepting the arguments and the misunderstandings.  It is honest in that it accepts that her writing is not easy, that her first book was good but her second novel was not, and that she may no longer be a “promising” young writer. This is the story of a relationship of imperfect people, of settings beautifully described, of insightful portraits of people around her. I found it an engaging and very different read, a picture of the time but with timeless observations on people. I was very pleased to have the opportunity to read and review this book.

The book begins with Mollie contemplating whether she should have married Simon so quickly after meeting him. While she knows it has affected her writing and “Freedom and work are the only important things”, she also knows that the setting of a scorching hot weekend in the country was so special that she would fall in love with him. She admits that he is remarkably handsome, different and memorable.  Coming from a relatively wealthy background, she is comfortable in most settings, and describes the flat in which they live accurately as being at a changing end of the street. Nevis acknowledges that Simon would like to live in the countryside, but she prefers a London flat, together with tricky servants and other distractions of city life. Simon works all day in an office, she finds that writing in the flat is difficult. In the evening they meet people, and while the parties and the bars may be entertaining, she finds meeting with Simon’s friends uncomfortable. Worse still are the meals with his parents, although she gets on well with her father -in- law, her mother-in-law is demanding and exacting. “Sunday was the day of the week when we were happiest and when I seemed to see Simon with the greatest distinctness”. They visit the country, they ride horses, and acknowledge that when no other people are around they get on so much better. Their somewhat erratic relationship is challenged when an American publisher arrives on the scene, and Nevis is compelled to reevaluate everything. Marcus Chard offers an alternative viewpoint, and Nevis has to focus on what, and who, is important to her.

This is a gentle read in many ways, but represents intense thought on the part of the writer. This edition contains a timeline of the 1930s, and a biography of Panter – Downes which points out her wartime writing for the New Yorker. The Preface points out that in making Nevis a writer, she was including something of an autobiographical element. The Afterword highlights the literary context of this book, and some of the references it contains.This is a very readable book of its time, and I recommend it. 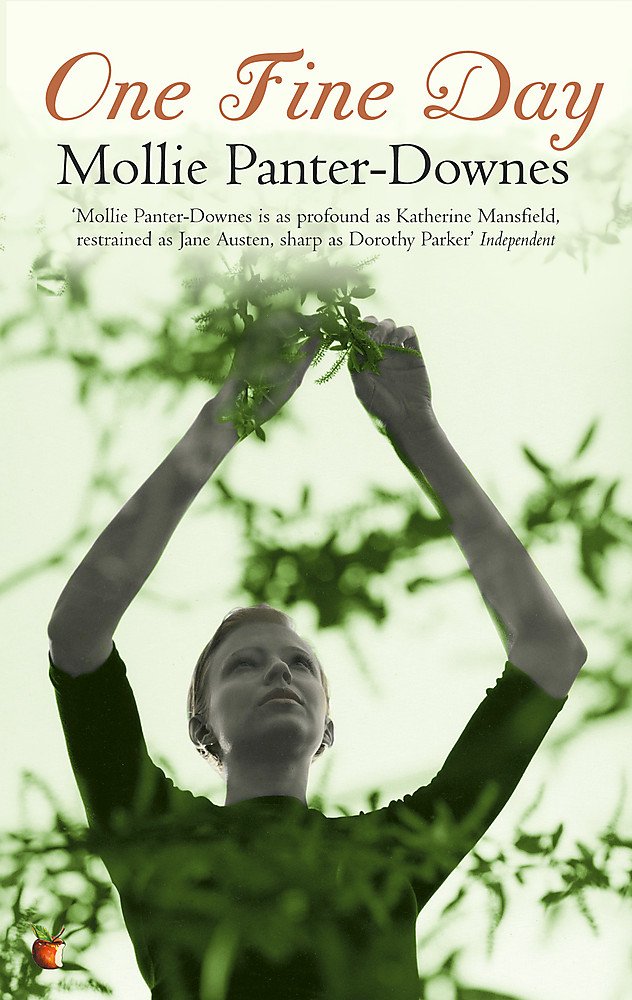 It is 1946, and the Second World War is over. The effects of it, however, are only now being felt by the village and family at the centre of this short and beautifully written novel. All of the action takes place in one idyllic summer’s day, mainly concerning the Marshall family. Laura and Stephen have lived in their house for years, but before there has been the bustle of servants and a house. This book shows how the family and the people around them are adapting to a whole new way of life in a new world. There are families who are continuing much as they have for generations, in language, expectations, even in the houses they live in have changed very little. Equally, there are those who must move on, change with the times, find a new way of life. In one day we follow Laura in her attempts to bear the entire burden of a challenging house, Stephen in his journey to and from work as he realises the difference between before and after the war, and Victoria, their daughter, as she sees life differently in another house. In addition, the reader is shown some of the other people in this distinctive time, the author gives many people a voice, especially Mrs Pout, the daily ‘help’, with her talk of “kewpongs” for ration coupons and her trenchant views on her fellow villagers in Wealding. Panter – Downes was known for her journalism, her writing for the “New Yorker”, and there is an element of reportage in this novel, but of the most lyrical, humorous and even loving kind.

Stephen was away for the war, not in danger necessarily, but absent. On his return he discovers a daughter grown from baby to girl, sensible but also a dreamer. The house gave shelter to friends displaced by the war, and there were women who could cope with the oven. Now only three people live there, where there is a no longer a cook for timing and organising food, maids to serve it, or a gardener who is “good with roses”. Now there is a daily, who combats the dust and shabbiness of a large house, and an ancient man who workers of an evening with agonising slowness. This is the servant problem in practice; not the preserve of large country houses, though we will learn of a shortage there too, but the absence of those willing to work locally in a middle class home. Laura, dreamy, reminiscent of easier days, must shop for rationed food in a small town, feed her chickens and ducks, pick gooseberries, organise meals as well as try to keep the dust and spiders at bay. Laura was not equipped to deal with practical housework, a fact that her mother points out whenever she visits; she was brought up to order a household.

Stephen wants the male conversation of before the war, when roses cost “a bob”, when he did not have to worry about mowing lawns. Now Laura seems a grey haired shadow of the woman her married, that he still loves, that he never seems to talk to without her worrying about housekeeping. This is Laura’s book, as she considers her life and the lives of those around her. She appreciates the tender beauty of a young man holding his niece, the sadness of a large house being emptied, the almost historic language and lives of a numerous family. She knows that she is struggling to cope, this is a pale life. The struggle to communicate this to Stephen, the problem to even understanding it herself, is the background to this beautiful summer’s day. This is a book of a wistful sadness, yet of a new beginning. Regret for past lives, but also hope for a new beginning. This is a beautiful book, and a lovely experience to read.

My copy of this book is a Virago Modern Classics edition, which is a modern paperback. I actually picked it up in the Persephone shop in London, on their “Books we wish we had published” table. This book is very much of a type with many of Virago’s editions, suggestive of Thirkell and others. Persephone publishes other books by Mollie Panter Downes, including short stories of both war and peace, and a collection of her wartime New Yorker pieces. This is a lovely book in every way, and I found it an excellent read for a sunny afternoon in the garden, in different times. This is a book to read today.