A Far Cry From Kensington by Muriel Spark

“I was Mrs Hawkins” is the theme of one of Spark’s later novels of a rooming house and its residents, of publishing houses and their weaknesses, and of a remarkable woman’s view of postwar London life in precisely 1954. Published in 1988, this story of a looking back on a life from decades later as a different person in so many ways is full of the dry humour and sharp observations of the author best known for her portrait of the formidable Miss Jean Brodie. It deals with the small details of life and especially other people; the words, gestures and more that convey a real sense of a person, and the settings of rooms, houses, even travelling on London buses that are described with near forensic precision. The people of the world of Mrs Hawkins are tremendously varied, from self -conscious authors to a emotional Polish dressmaker, unsuccessful publishers to an attractive doctor. The greatest change to a person is probably to Mrs Hawkins, as she loses weight throughout the book, much to the confusion of at least one character. Some people see her as a source of reliable advice, the editor who they look to for judgement and guidance, while she has her own very strong views and believes in her own instincts which do not always please others. Her strong aversion to a particular would -be author becomes a recurring theme of the novel, and William Boyd’s informative and sympathetic introduction gives some autobiographical context to this and other elements of this novel.

The novel begins with an explanation of the silence which typified Mrs. Hawkins’ insomniac experience of night time in the shared house, a device which allows Spark to introduce the other inhabitants. Particularly memorable is Wanda, who was “generous of heart even though she could never admit to an instant of happiness”. Another resident is a determined district nurses, frequently cleaning and perhaps condemning with a gesture those who were not so fastidious. Isobel is a somewhat spoilt young woman with a large social acquaintance and a telephone in her room which she uses heavily. This group of people are the chorus and sometimes the main characters in Mrs Hawkins’ story, providing a real insight into the sort of characters who inhabited a postwar London of drab conditions and food shortages.

The other element of the novel is Mrs. Hawkins’ work as an editor for the failing Ullswater and York. Cathy, a survivor of concentration camps, does her best with the books, but even she cannot hide the fact that financially the firm is in a mess, with creditors sometimes appearing at the door. Moving onto the more prosperous Mackintosh & Tooley, she discovers that the authors are far more difficult to handle, and she struggles with an author that lacks talent but has his champions. Life is more complicated than losing weight, and people are more complex than the books she edits.

This is an accomplished book of insights into lives, not least of Mrs Hawkins herself. The background of a London still marked by recent War almost becomes another character, but there are definitely enough actual characters for Spark to observe, comment on and move on from, their speech and appearance always distinctive. Small digs, dark humour and revelations to the reader flow in a distinctive and apparently easy way, memorable and consistent. I recommend this book for its careful detail but also its honesty, it self awareness and its dedication to its truth. 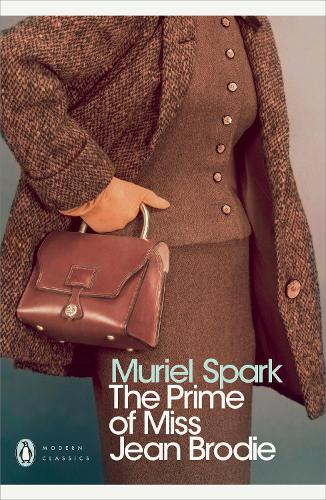 This famous book is known for many reasons; its portrait of Miss Jean Brodie herself, her schoolgirls who represented “her set”, and the Edinburgh of the interwar period. The novel has been made into a stage play, and a film released in 1969 with the marvelous Maggie Smith in the lead role. Yet this is a book of surprises even on a reread, a short novel which looks at a remarkable woman in an unusual time. She is remarkable because she knows it, she wants the girls which she influences from twelve years old to be a sort of extension of herself in her “Prime”. Although mainly written from the point of view of the girls, recording their adventures and their thoughts, this is Brodie’s story. She controls their lessons, fills their conversations, and inspires their imagingings about the facts of life.

It is a different, non linear sort of book in many ways, telling the tale of schooldays interspersed with comments about the later lives of the girls and Miss Brodie herself, observations largely from the point of view of Sandy.  It does run roughly with time spent by the girls at the school, but periodically refers to what happens after the girls’ school careers end, including their deaths in some cases. Girls as individuals  are mentioned, their characteristics defined – “Famous for sex”, “knows mathematics”, such statements coming from Miss Brodie, arguably becoming self fulfilling prophecies once known. This background for the woman herself points up her unique nature.

Miss Jean Brodie finds herself in opposition to the other teachers at the girls’ school where she is employed. She wishes to attract, draw out and mould the girls under her influence, especially the six that soon form her set. She tells them stories of her life, her love lost in the First World War, that she is in her “prime”. She instructs them to prop up text books so that if they are interrupted by the Headteacher while she is recounting her personal tales and observations they appear to be having an ordinary letter. Later when questioned the girls will tell the Head that she taught “History”, which is an interesting way of describing Brodie’s particular blend of statements of politics. The later stories of her liaisons with two of the male teachers form much material for the girl’s speculations and ribald comments; Sandy in particular analyses her teacher and what is really happening. Miss Brodie treats her girls  to theatre trips, tea parties and more, her theories regarding everything from culture to love, politics and Edinburgh in all its variations. She takes the girls from their comfortable backgrounds to the other parts of the city and makes them question the differences between people.

Spark’s style in this book is elusive, involved and brilliantly formed. Her picture of Edinburgh, for example, is wonderful

“It was just then that Miss Brodie looked beautiful and fragile, just as dark heavy Edinburgh itself could suddenly be changed into a floating city when the light was a special pearly white and fell upon one of the gracefully fashioned streets”

Spark’s writing in this book is a masterly piece of sustained characterisation of a unique woman and the way she lived her life. It is itself the best recommendation, a superb book of a woman with a particular view of herself and her significance.

I particularly wanted to reread this book, not just for the film, but also because I remember seeing my daughter in a stage adaptation of this years ago, as one of the younger girls. It was an amateur production, and I can remember that she had some fierce plaits woven by somebody else I’m glad to say. I wonder if my husband has kept the programme?