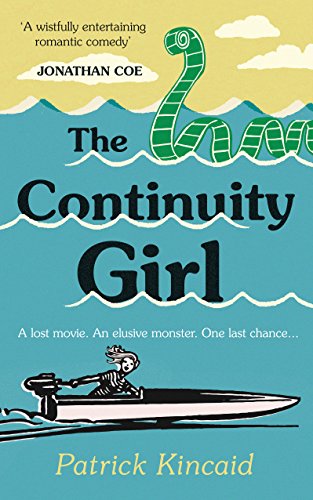 This is a fairly unusual book, with a time slip at its heart as well as some entertaining characters. Part comedy, part romance, this is book where characters have obsessions and act upon them. It is also full of cultural references in the two periods dealt with; the summer of 1969 and two connected periods in 2013 and 2014. The narrative is neatly interleaved and the reader will find it obvious which time is being depicted, as there is an elegance about the way the characters dovetail together. The setting for most of the action is a well known Scottish place, changed by some of the circumstances in the book, but big enough to hold some very diverse people and activities. Funny and charming, this is an attractive and entertaining read, which will appeal to those for whom the earlier events are fairly recent history, as well as those who were not born at the time. While fictional, this novel confidently handles the points of reality to which it refers to create a convincing world with a very real set of characters.

The book opens with a scene between Gemma and David, as she wallows in her favourite film, Billy Wilder’s “The Private Life of Sherlock Holmes”. She is no casual fan; her academic career is built on this and certain other films. Now it seems as though some more footage has come to light, and she is excited that this will alter everyone’s view of the film. She is also silently confused by a possible job offer in the University of Aberdeen, which will be a potential source of conflict with her American partner. The narrative then switches to Loch Ness, forty five years earlier. Jim is a Marine Biologist, part of the Loch Ness Research Group which is studying the Loch, aware of the legend of a Monster but determined to take a strictly scientific approach. He takes his observations, including filming, very seriously, while another team member Alan is more interested in alcohol. Douglas owns the big house in which the Group live, while Sandra and Tessa’s roles are less obvious. Their peaceful existence is shattered by the arrival of a film unit, intent on their project of filming “The Private Life of Sherlock Holmes” to Billy Wilder’s specific demands.  Jim spots a girl swimming in the Loch, and eventually meets April Bloom, script editor and continuity girl for the film. The become as close as Jim’s shyness allows, a process which includes an hilarious party at a socialite’s house to watch the moon landings. Various incidents and accidents occur, as 1960s fashions are noted and the action spins along well.

There are many interesting and entertaining points in this book, and much of it is a joy to read. Obsessions are discussed, the passage of time examined, and differences between the past and present revealed. I enjoyed its light hearted approach to the characters’ lives, as well as serious points about how the legend of the monster evolved. The real film is notable for many things for which Kincaid eagerly supplies information, and there are many perfect details about a sort of family life. I would recommend this light hearted gem of a book for its entertainment value and its many interesting intersections with real events and ideas, its fascinating characters and many references to an amazing place in Britain.

I’m very glad that I spotted this book on facebook. Published by Unbound subscription, it is an impressive debut.

Meanwhile, I am still fighting with my large essay for University. I have made some progress, but life in the Vicarage is never completely peaceful. At the moment we are tortoise – sitting for two year olds, Stanhope and Livingstone, called after the explorers.  Between feeding Selwyn the Vicarage cat and putting leaves in the tortoise box, it is all go (especially as they insist on hiding whenever possible).  Thank goodness for a gap before the kittens arrive!