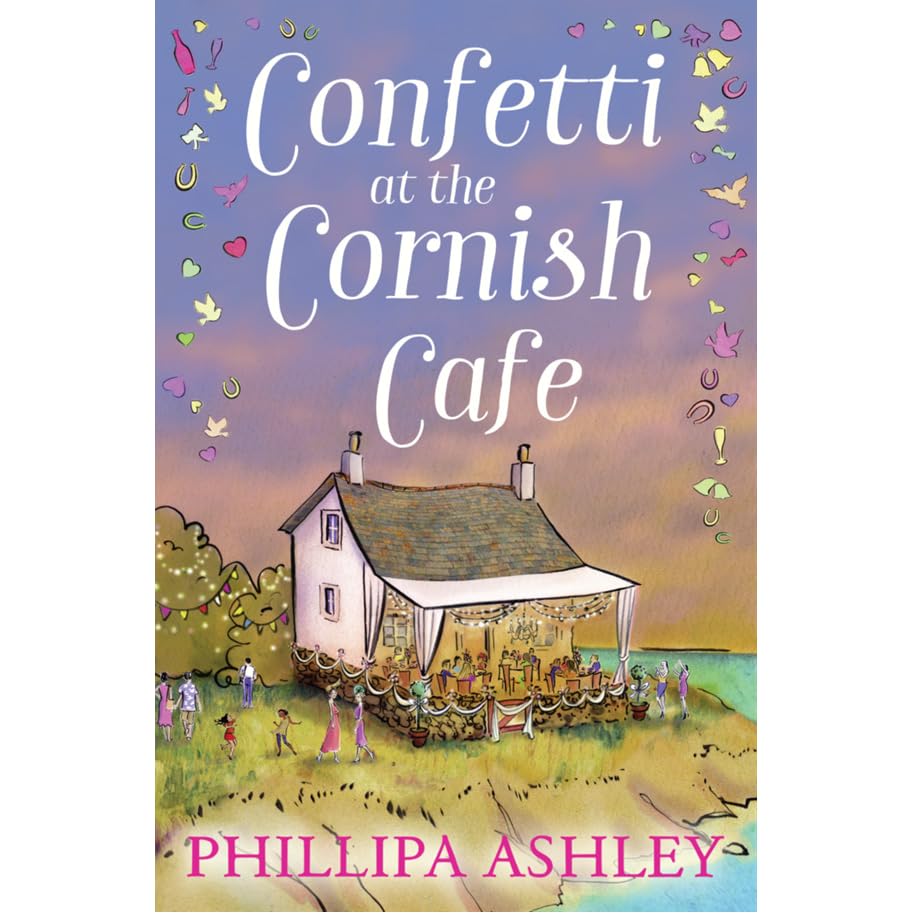 A book which whisks the reader to Cornwall is always a treat, and this one talks realistically about the weather and farming inconveniences, as well as the problems of event organisations. One of a series based on Kilhallon Resort, it features some complicated relationships between families, especially where Demi and Cal are concerned. Old grudges and past hurts are brought into the story, as well as some notoriously difficult characters. Another big issue, of the ongoing search for a child in a challenging situation, dominates the thoughts of one of the characters. The main plot of this book relates to Demi’s attempt to turn the resort into a natural wedding venue. Rather than starting small, however, they are offered the chance to host the informal wedding of two popular celebrities, actors Lily Craig and Ben Trevone. With the eyes of the media on them, can Demi and her team pull off organising the celebrity wedding of the year as their first venture? Or will the odds stack up against them? With human difficulties and challenges of a canine nature, will there be calamity or confetti in a corner of Cornwall?

Demi narrates much of the story, as she worries about the sheer logistics of expanding from her successful new cafe with its memorable menu to catering for a designer wedding. She manages to enlist one of her family/ friends to act as a wedding planner to hire in various companies to provide different elements of the reception. Unfortunately Lily and Ben’s entourage throw in some extra demands which adds to Demi’s stress. Meanwhile relatives and locals with involvement in the area are not always keen to help; Mawgan is a difficult and wealthy woman in the village who is keen to scrape an aquaintance with Lily and Ben in order to get in on the act. Cal’s interest and involvement is genuine, but he is distracted by a person from the past. While the major selling point of the resort is the beauty of the area and its isolation, but the weather is not always kind. When Lily and Ben make a preliminary visit to the area, drama erupts centred around Lily’s small dog, Louie, to whom she is very attached.  Harry is her bodyguard, but he is obviously very fond of her and takes many risks.

I found this a well written book which drew me into complex relationships which were established before the opening of this novel. I enjoyed it as a standalone book without having encountered the previous books in the set, because Ashley is a good writer who handles her material so well it is entertaining on its own. The small elements such as Demi’s particular recipes for treats for the cafe are well explored. I also enjoyed the idea of Demi’s pride in her book of treats for dogs, which fits in well with one of the non speaking characters in the book, Mitch the dog. The characters in this book are very well drawn, even to the minor ones mentioned, and the ending more than satisfactory. I recommend this as a light read which is very easy to enjoy.

I am still searching around for books that take my interest, and sometimes I am not able to find other books in the series. If it was possible I would no doubt be hunting around for others in the series. As it is I am so keen to read lighter books that I am not always too worried waiting sort out the correct order. So, here is one of Phillipa’s books, and I believe I have a couple of her others in a different series to come. I have been getting some books from other places, so who knows what will turn up next? I might even climb over some of daughter’s stuff…