Charley Mann has just arrived back in Yorkshire after a few years in London. The difference is that she has come back to be in charge – as a Detective Inspector in her home town. She knows that she must conquer her memories and any prejudice against a woman running major crime investigation, especially as on her first day back there is the discovery of a body in highly suspicious circumstances. In this highly charged novel Charley knows that she must rely on herself to survive and run a police operation that would be daunting in any circumstances. Throughout this well balanced novel the reader learns so much about Charley’s past and her family’s place in the district. Her love of the horses that she rides reminds her of a past loss; she proves knowledgeable about the local area which is a decided advantage in the circumstances of her first investigation.

This novel, as with Bridgestock’s other books, shows a deep and experienced knowledge of police procedure. No object, sample, photograph is ignored or brushed aside, there is an explanation for the meticulous keeping of records in terms of future defence of any the suspects. This methodical book never gets bogged down in procedure however, as the character of Charley burns throughout. I was so pleased to have the opportunity to read and review this latest book by the extremely talented R.C. Bridgestock.

Charley was transferred to London for her training after her initial work in her hometown. After a brief time of rediscovering her past territory and some friends, she goes into her new office only to be greeted by news of a body hanging from a tree in a distant graveyard. As she takes a young constable to the scene, she knows that she is prepared for walking through the rough country, but no one could be prepared for what is found. It is immediately obvious that this was no suicide, but other factors about the scene seem deliberately confusing. As Charley issues instructions to preserve the scene and any other potential pieces of evidence, she rapidly assesses the officers working for her and deals with some of their issues. As more discoveries are made about the victim, different aspects of their lives become apparent.

The maintenance of the suspense throughout this book is masterly, as not only suspects are revealed but also aspects of Charley’s previous life.Her reactions to developments show much about her life, her essential strength, her family background and much more. The rest of the people around also show many unsuspected depths, as well as the gradual revelations as the case is built up. It is far from a cosy mystery, as some of the details of the bodies are quite brutal and very detailed. Having said that, it is always respectfully handled, and carefully written. This is the sort of gripping book which is very hard to put down and it is very well constructed, with many loose ends tied up satisfactorily. I really hope that this is the first in a series of books which features DI Charley Mann, and that a second book appears soon.

I have discovered that Amazon has not got any paperback copies of this book at the moment. So if you would like a copy, the publisher, Dome Books, have a website you can buy it from. See https://www.thedomepress.com/product-page/payback-by-r-c-bridgestock for details. 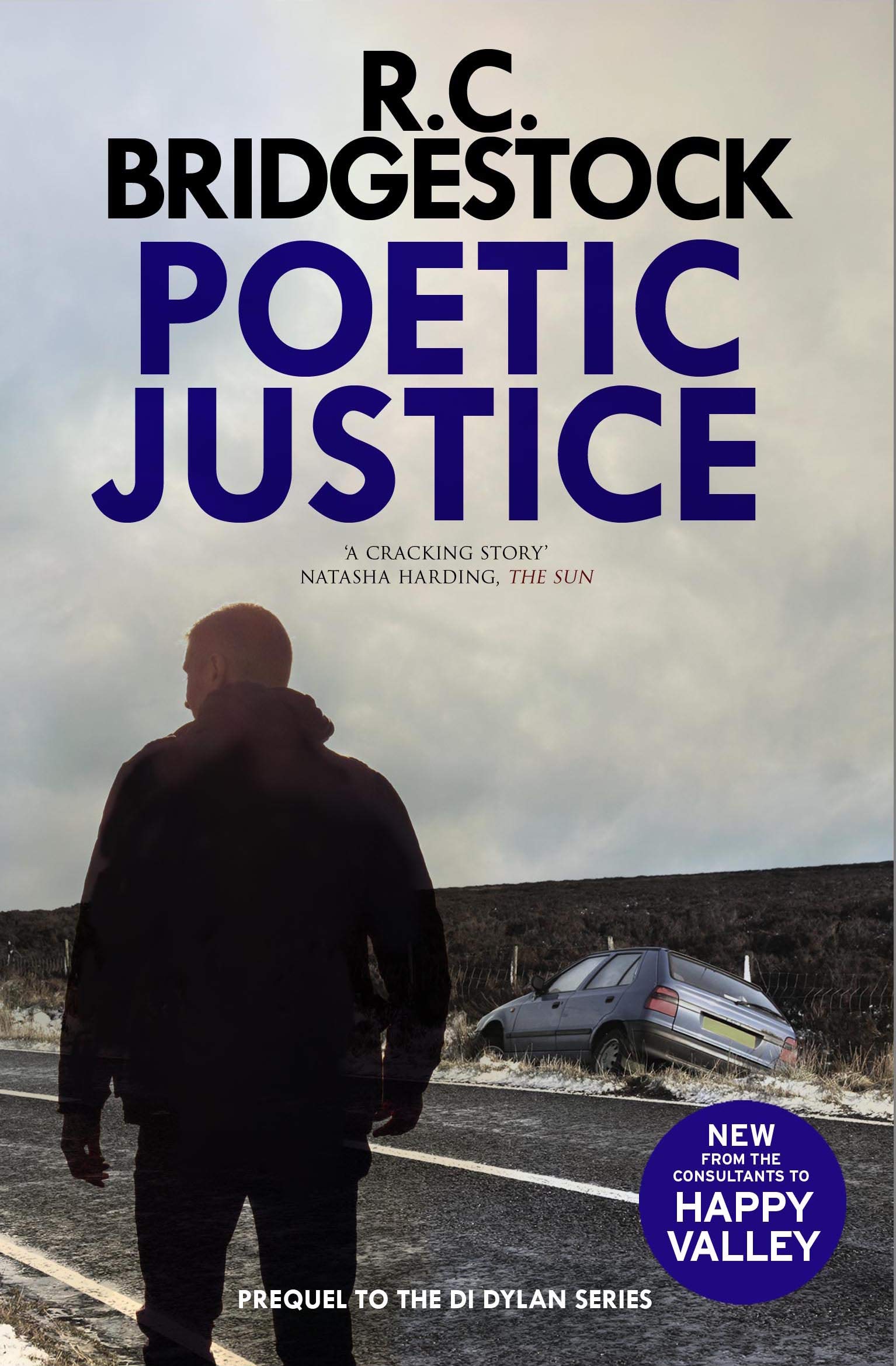 Grimly determined, showing great attention to detail, and an imagination which allows him to work out motive and opportunity, Jack Dylan is that rare thing, the “copper’s copper”. His dedication to the job is much admired by his colleagues, even those who have no ambition to emulate it. Sadly, despite his guilt at perhaps not paying enough attention to his family, he is to experience more challenges in a short time than anyone could reasonably expect. This stunning prequel to the brilliant DI Dylan series combines personal problems with procedural detail to great effect to create a memorable novel. I was very pleased to receive a copy of this book to read and review from Dome Press.

The novel opens with a report of a terrible accident from the nervous Frank Bland, who has witnessed a car career from the road and down into a ravine. Realising that the chances of anyone in the car surviving were reducing by the minutes, he hastens to use a telephone box. As help arrives, the emergency services are uncertain where to begin, but soon discover the body of a woman. It emerges that the car belongs to Jack Dylan, and Detective Sergeant Larry Banks assumes that his immediate senior officer is the driver. To prolong the suspense, the narrative reverts to ten days previously. Jack is seen to be in London, just having finished an intensive course for police negotiators, and having forgotten to charge his mobile phone. This small detail, as in real life, leads him to use a public phone, and witness an arrest. It is this sort of incident which brings the novel alive, which keeps it based in an understandable reality. As he is not met from the train when he arrives back home in Yorkshire, his journey on foot is interrupted by a sudden surprising attack. While painful and significant, it serves to indicate that Jack is at once vulnerable but resilient, determined to carry on with his work. His wife, Kay, is struggling with guilt at her affair with Kenny, and guilt mixed with resentment at his job’s demands make her harsh when she picks him up from the hospital. She is coming to realise that Kenny will not be easily rejected, and may prove difficult to deal with over the next few days. Jack witnesses the close affection of another married couple, and sadly reflects on his own unsatisfactory relationships. To make matters worse, his step daughter, Isla, has been caught with drugs and is behaving in unpredictable way, which has meant that she has been brought home from University.  Kay fights her feelings for Kenny, her guilt and her fear concerning Jack, and her unexpressed resentment of Isla, Jack is placed under pressure from home and work. He becomes emotionally involved when teenagers in care are desperately abused, and his anger as his own world begins to collapse is expressed in no uncertain terms. Meanwhile, an administrative worker, Jen Jones, is facing her own challenges, as her mentally unstable partner is proving more trying, and it seems that her superior is very against her. What will happen as the powder keg explodes?

I found this novel moving and powerful as it became imperative to discover what would happen next. The authors have a real gift for recalling the type of incidents which lend reality to the story, while dealing with enormous challenges. As with other books in this series, this is novel is a contemporary tale of lives integral to society but which most prefer not to involve themselves with; it is a mature witness to the procedure and skills of vulnerable and imperfect people trying to do an incredibly difficult job as well as live their own lives. I recommend this as a both a perfect place to start reading about Jack Dylan, and an essential addition to the series for those familiar with the other books who want to know how it all began.

This is a genuinely excellent series of books based on real life experience, which really shows in the writing. Beware, it is easy to get hooked!

This is a strongly written book; it may be nearly Christmas in Tandem Bridge, but there is violence, murder, and precious little time for celebrating. Detective Inspector Jack Dylan is introduced and injured within a page, but this appears to be his life. Procedure, order and method must happen, but what happens to the people who have lost, and the people who search, and those who love them? Despite the terrible events covered by this novel, this is all about the people, and it is the power of the descriptions of them that is the strongest element of the book. This book is far from being just a murder mystery; it is more concerned with the process of detection and how that impacts on Dylan and the others involved in the investigation. This powerful novel was sent to me by the publishers, and I was pleased to read this complex yet terribly human novel.

As the novel opens a child goes missing, and the disturbing discovery of her body upsets and disturbs even those who have spent much of their adult lives investigating the sad and distressing circumstances of crime. Dylan has just been injured by a man with a grudge, and  reveals that there is a great secret in his home life: Jen Jones, who works in a nearby building. She seems to be practically perfect; accepting of long hours, exhaustion and not much contribution to the relationship from Dylan. A sounding board for his anxieties, a provider of all comforts, I found her a little too accepting and perhaps lacking in depth. There is always method to fall back on, the established procedure following a murder, the painstaking team work and the pressure on those who lead it. As another child disappears, Dylan and his team must intensify their work to discover the guilty, and prove that guilt beyond all reasonable doubt. Just as the work seems to be succeeding, Jen finds that her priorities dramatically change, and Dylan struggles on so many levels.

This is a gripping book, satisfyingly complex and always pushing forward so that one more chapter calls out to be read. Undoubtedly written by someone well versed in the everyday life of the police force, this is a detailed portrait of how an investigation happens and how the human beings involved cope. The skill of writing a book which is accurate yet incredibly readable is the most impressive thing about this novel; it will rob you of sleep as you must read it on to find out what happens. It has depths of understanding which emerge as Dylan shows his far from perfect personality, and the families of children reveal their overwhelming loss. Not that it wallows in grief in any sense; it is a book which keeps moving and pushing at the different elements of the people involved. I found it an engaging read from which I learnt a lot about how a police establishment works. It is almost photographic in its detail and range, and I found no difficulty in visualising what was going on, as the sights sounds and even smalls are so well described by these talented authors. I believe this book is part of a series; I am desperately keen to read more!

Meanwhile life at the Vicarage has slowed down since Christmas, but there is still a wedding tomorrow and Sunday is, well, Sunday. There is work to do on the M.A., a doctrine course and more family to come (Hooray!) so we will keep active….