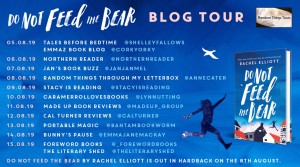 This is a book of people with their own agendas. People who have experienced a moment when everything changed; either years before or during the book itself. Sydney is perhaps the point around which others exist, a person who cannot keep still, who discovers things. The other people are her immediate family, dominated by her mother Ila who is full of ideas, plans, wisdom. Howard, her father, has spent years trying to come to terms with life. Her brother Jason, her partner Ruth, are all affected by a woman who can leap from buildings and onto roofs, freerunning, reveling in freedom. Then another family, another group of people are featured, as Maria, Belle, Jon and Dexter are also affected by her appearance. Discoveries, acceptance and realisations all make an appearance in this curious book with its multiple viewpoints, as most characters get a chance to express their deeply held feelings. Even a dog  explains how emotions and different activities all have their own distinctive scent. Just as real life is interconnected, this life affirming and ultimately hopeful book is not tidy, not well ordered, but moves through lives as thought does, going away from the centre then returning. Surprising, authentic and powerful, this book defies categorisation, but draws the reader in, enthralled by the thoughts and actions of this seemingly odd juxtaposition of people. I really appreciated its blend of humour, self depreciation and inclusion of tragedy, as the vivid nature of family life and relationships are revealed. Perhaps summed up by Ruth, who ruefully considers Sydney’s obsession with freerunning “Normality: it’s in the eye of the beholder, obviously. One person’s normality is another person’s strange.”, this book is a carefully controlled story with many views, and all of them carefully worked out and developed. I found it an unexpectedly cheerful and fascinating novel, and was pleased to have the opportunity to read and review it.

The book begins with a shopping trip, as Sydney and her mother go present hunting, Ila characteristically thoughtful, Sydney bouncing along in a shop. A startling discovery brings forth a touching piece from an unusual viewpoint. As Ruth considers the adult Sydney, she wonders what it is that spur her on to greater efforts in Parkour. Then there are the memories of family life, holidays of family rituals, television and games. This is a world of comfort, of happiness. The adult Sydney becomes a source of interest to Maria, infuriating her husband as Stuart the enormous dog did at his adoption. Belle, meanwhile,  is almost abnormal in her normality, her lack of ambition in any element of life, her varied tendencies to generosity alongside illegal acquisitions. One of my favourite characters is Dexter, surprising in his revelations even if annoying in the short term.

Elliott’s writing style describes the clothes that each character wears, as they give clues not only to personality but also what is going on for every person. Similarly, she gives the pictures of the beach, swimming pools and rooms so successfully that they are easy to visualise and become rooted in. The Plot is perhaps the least important thing in this book; rather the pains and pleasures of life, the small things of families, the experiences described are the real focus, the real power of the writing. Not that this is a formless and aimless book in any sense; it has twists and turns which add to the format and deepen the reading experience. An enjoyable and unusual book, it is difficult to quantify but always enjoyable, and I recommend it as a really good read.