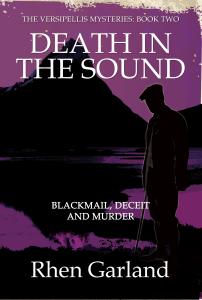 Magical, mysterious and memorable, that is a fair description of the new book from this talented author. It promises “Blackmail, Deceit and Murder”, and definitely delivers with a cast of characters who each have their own agenda in this novel written with real flair. Instead of a large country house, in this murder mystery novel a large pleasure boat in New Zealand is the background for a house party with a wide range of guests. This is the second book in which the unique and skilful Elliott and Thorne exercise their remarkable skills in detection and far more, joined not only by labrador Veronique,but the beautiful Giselle bringing her own abilities and insights. This is the second book in the Versipellis series, but this book can be read as a stand alone as each character’s entry into the story is well described. There is a definite element of the supernatural in this book which adds greatly to the unique nature of the novel.

This book brings in red herrings, murder and much more to make it an engaging and intense read. The investigators are really unusual in every respect, as their memories and past stories indicate that they are more than just good detectives. It is this that makes it more than a straightforward mystery. The setting is unusual being the party on a boat with groups of entertainers of various kinds, relatives, trouble makers, servants and staff. There is a clever impression that no one is quite safe, and there are certainly no easy answers to any of the questions posed in this book. I was very pleased to have the opportunity to read and review this unusual, mystical book.

A millionaire philanthropist, Octavious Damant, has a past secret and a very present concern. His daughter is about to turn twenty one, though he has more than usual worries about her as an innocent young woman. He consults a local friend in New Zealand, who remembers a past promise and summons Thorne and Elliott. Other people also arrive for a party to celebrate the birthday. There are a lot of characters to remember who also appear under more than one name. I used the back of the book to check which character was which frequently! As the book continues and everyone is installed on the boat it becomes much more focused and the crime of murder is a shock when it occurs.

This is such an intense read and so cleverly plotted. The author is so skilful at managing a lot of characters well as well as describing the steamer’s layout so carefully that it feels possible to navigate round the vessel, especially with the diagrams provided in the front of the book. The characters soon become very three dimensional people, with all their mannerisms and distinctive dialogue. There are surprises to be found about many of the people on board, which are always well presented. This is a deeply impressive and engaging book, with so many themes and elements to think about. It is obviously the product of a lot of careful thought, construction and plotting, and the mystical element adds an extra dimension to what is an incredible read of historical crime in an unusual setting.

This is a challenging read for a time when I am trying to round up those lovely books I have eagerly bought over the last few years (!) and not well, actually read. So apart from new books that may well appear on this blog, I am hoping to review older titles. Remember that many independent booksellers are still operating on a order and post out basis, so no one should be left without reading material. Also some small publishers are keeping the postal services busy – why not check https://foxedquarterly.com/   or http://www.persephonebooks.co.uk/ for some unusual but brilliant books? 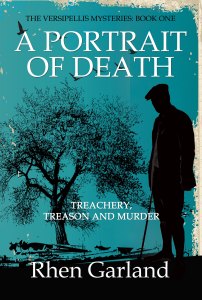 Mysteries, messy murder and treachery abound in this deft combination of murder mystery and adventure. Set in a country house, a weekend party provides the background for an investigation into an international crisis through events in the establishment of a Lord Marmis in 1899.Two murders are described in a Prologue that spares little in detail of setting, yet are not at first sight linked to the events of the major part of the book. This is not just a standard murder mystery of a historical nature, and this is apparently the first book in “The Versipellis Mysteries” series. In this book the mysterious Detective Chief Inspector Elliot Caine and his associate Detective Sergeant Thorne are introduced, though they evidently have a mysterious past which is carefully guarded. So many characters appear quickly that it is at first a little puzzling as to who is which, and who will be significant. When this settles and the relationships are established, I soon got into the swing of this intense and well written novel. I was very pleased to have the opportunity to read and review this book.

Whatever happens in the novel, and there is certainly a lot of dramatic events in a very short time, each point is tied up carefully and satisfactorily, though not without many surprises, twists and turns. There are quite brutal murders, but we are not given gratuitous details, though many details are implied.  As the book opens we encounter Lord Foster Marmis and a fellow cabinet member having a serious discussion over maps and papers, a discussion which is to be the basis of a later meeting with two other men who will soon arrive. Unfortunately the odious and ill intentioned butler, Gregory, is eager to overhear what is being said, and he is greatly offended when more people appear at the door. Whatever else Gregory is, he is soon shown to be an attacker of women, deeply dangerous and offensive to all the servants, both resident and visiting. As members of the house party assemble and indulge their taste for cards, drink and other amusements, it seems that this will settle into a standard murder mystery. However, as two deaths occur, it becomes obvious that this is no cosy mystery with a standard guilty party. Much is quickly revealed about the victims, and it quickly appears that there is more to it than the standard motives of money or jealousy.

The introduction of Elliott and Thorne adds a whole new dimension to the novel, as they bring their quick wits and excellent analysis of character to the shocked household. They bring an element of comedy to the proceedings and a level of logic and understanding to what needs to be done. Under their influence they discover the secrets of the landlady, after a satisfactory incident involving the odious High Constable Rigsby – Boothe and a dubious substance. There are some characters who reveal their true colours, and this is one of the most attractive things about this well written book.

This book is an excellent novel which really drew me in, and was a great reading experience. There are all sorts of things to enjoy, and was extremely well researched as demonstrated so well in the gradual revelation of all aspects of a grand Victorian house. There are some suggestions of the supernatural within this books which were perhaps less expected, but certainly this is something which has become an element in other historical mysteries that I have encountered. I recommend this book for all fans of historical mysteries as an enjoyable read with extra elements.

Life is getting busy at the Vicarage for Christmas! Yesterday was a nativity family service with added stories, while Saturday was a Christmas Coffee morning with carols – as well as a concert in the evening at a Christmas tree festival. Still to come are lunches, carol services and much else, amid a huge pile of cards to sort out- The joys of moving house ten times leaves a huge list of friends!