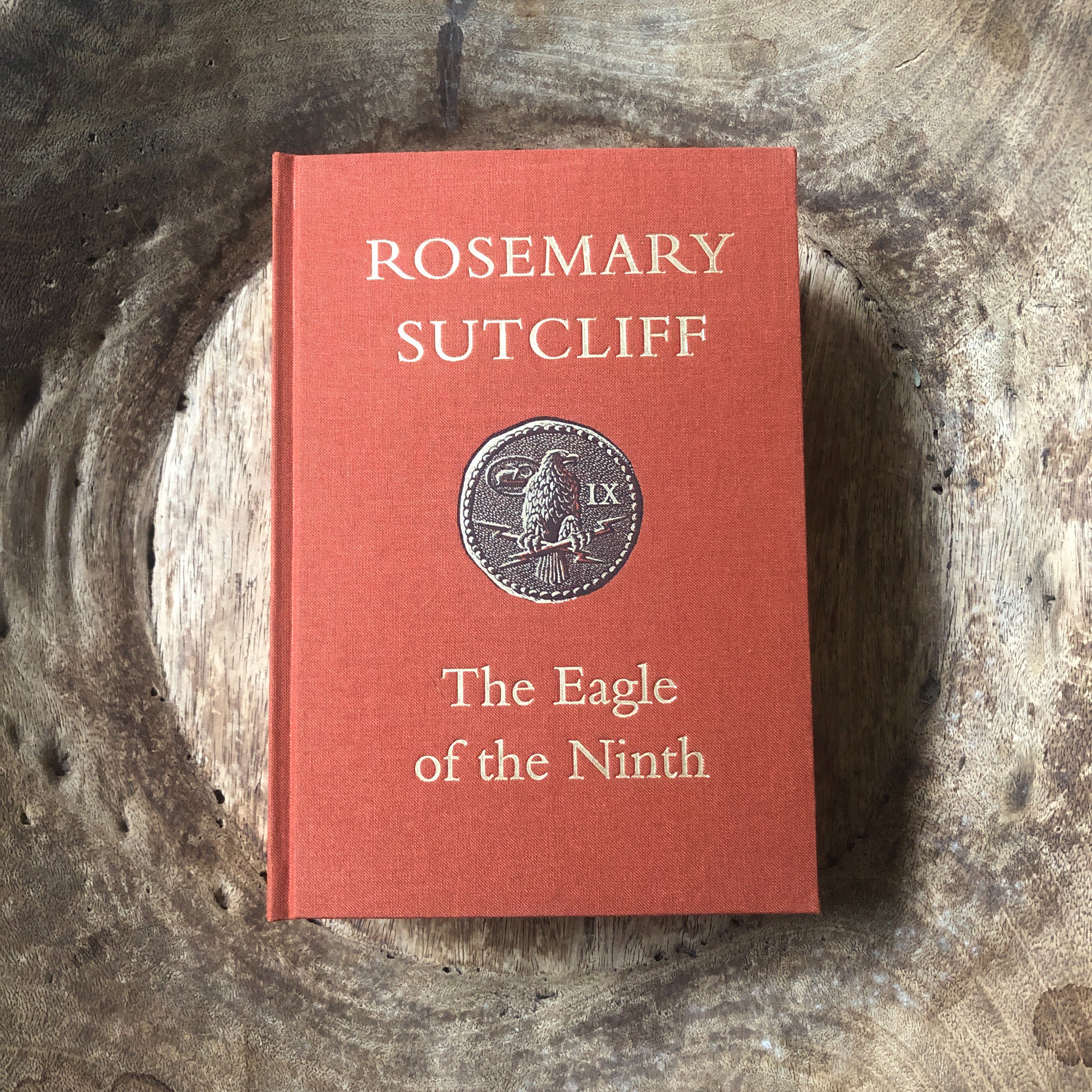 Reading this book is like returning to an old friend. I remember reading it as a child, and every decade or so since then – I’m sure we had it as an audio book we listened to in the car with our children. Surprisingly, since dad was so interested in the Romans, I have never been to Reading Museum to see the Silchester Eagle, or to Silchester – next year! Slightly Foxed have re-issued my old friend in a gorgeous new edition – their books are always a pleasure to read. Beautifully bound, with the original illustrations by C. Walter Hodges (the Roman watchtower on page 216 is really evocative of an abandoned outpost of Empire north of the Wall.

The story starts as the young Centurion leads his troop to relieve the garrison in Isca Dumnoniorum, you can imagine the journey down the Fosse Way, the pride at taking over, and the unease peace that soon breaks apart. Marcus’ bravery as he leads his men, and his pain (physical and mental) as his soldiering comes to an end, are truly described. The story moves to Calleva Atrebarum (Silchester), and deals with the uneasy topics of the Circus and slavery. Marcus buys Esca, and there is a very poignant discussion between the two as Esca explains why his people never accept Roman rule. Though the distance between individuals can narrow, there will always be a gulf between cultures (page 82).

Marcus and Esca journey north to try and find the Eagle. Sutcliffe describes the journey, the places and the scenery in wonderful detail – you can imagine yourself looking along the Wall or across the Scottish sea lochs. She understands how important a captured Eagle would be, while her description of the Night of the New Spears shows a real feeling for ritual, faith and the bringing together of different communities. There in the dark is the wingless eagle, and an old man who shares his memories of the Roman soldier (Marcus’ father) who died trying to protect it.

The journey south, the plan to ensure that the eagle is not found, the fear of being chased, the journey through the bog, it is all so atmospheric. You can hear the braying of the dogs through the mist and know that death will be the outcome if you are caught. You can imagine the shock when the guard on a small fort on Hadrian’s Wall hears a hammering on the North gate and the demand to open in Caesar’s name – and accept the coincidence that the officer knew Marcus from Isca.

Back in the Empire you feel you are part of the discussions in the study, and you feel the sadness at the decision of the Senate that the Legion will not be re-formed. You can imagine the placing of the Eagle in a safe hiding place in the walls of a house in a town where the Legions will pass as long as the Empire lasts. You are pleased when Marcus receives his grant of land, and you leave him having fallen in love with the future ahead of them all. I always feel better for reading this book.

Peter blogs about churches, Hadrian’s Wall and other things at www.northernvicar.co.uk

I have been avidly collecting the Slightly Foxed editions for years, and subscribe to the Quarterly magazine which is wonderful. Do have a look at their website here https://foxedquarterly.com/