A Woman’s Courage by S. Block

A book which continues the story of the television series “Keep the Home Fires Burning” this third book in the series provides some sort of resolution for some of the characters who populate the village of Great Paxford. A story of the members of the village Women’s Institute, the people here vividly continue their lives in the shadow of the Second World War which is changing so much. The creator of the series has now settled to developing the parallel and overlapping stories of the various women of the village to great effect. Although this book picks up where the second one left off, it is a fascinating book in its own right, setting out a well written story of the challenges of the time. Gossip, scandal and challenges abound, but also loyalty, romance and hope. It is a very logically constructed book, managing to keep the detailed stories of each family going, overlapping the character’s progress where relevant. It is a compelling read, and it is easy to get involved in characters that are diverse and interesting, living in a small community.

The book opens in June 1941 with Pat in church, struggling to come to terms with recent events which have changed her life. Nervous of appearances, she is aware of the pressure of those who know about her difficult relationship with her husband Bob, and also those who see him as a successful writer and her good fortune to be married to him. In contrast, when Sarah is in church a few days later she feels compelled to read her husband Adam’s letter to the congregation, realizing that everyone is concerned about his absence, missing the village vicar. Frances is continuing to try and think of projects that will make a difference to the village that can be undertaken by the W.I. Members, and meeting raises the problem of clothes being rationed in the near future. Thus a “Fashion on the Ration” scheme is proposed, not another jumble sale but an opportunity to sort through good quality clothes that may be of use to others. In the same way, a sewing group is established to teach and enable people to repair and repurpose clothes. The butcher’s shop, now greatly benefitting from David’s return, is so popular that the family propose to take on the shop next door, but expansion is not without its costs and challenges. Alison is tentative about her new friendship with John, whose appearance in the area has sparked off prejudice in a most unpleasant way. Teresa is struggling to cope with her new situation, and the future seems complicated.

This is a book that effectively reflects how people coped with wartime challenges, both in discovering new strengths and relationships, while being aware of the changes that the war is bringing. Each character is well established in this novel, and the research into the times, clothes, food and other elements is solid and reliable, but never gets in the way of the narrative. This is a book which balances its storylines very well, managing to maintain each character’s particular story well, and there is much to enjoy in this vivid novel, which kept me entertained with its compelling pace. Now a paperback after its ebook release, I recommend it as the successful third book in a well written series. 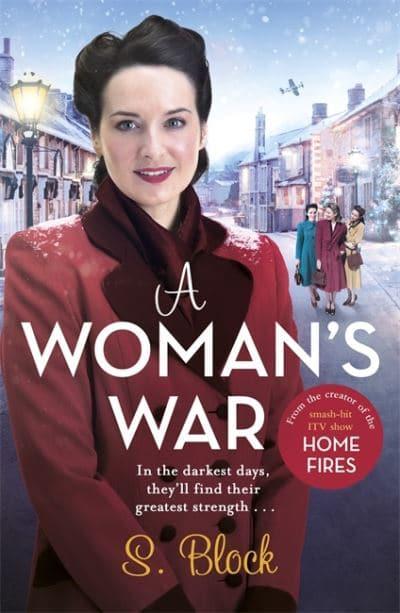 A sequel to “Keep the Home Fires Burning” which in itself carried on the stories from the successful TV series “Home Fires”, this is an exciting book of the lives of some of the members of Great Paxford’s WI. After the sometimes violent, always dramatic events in the previous book, in this novel the characters are seen as trying to move on with their lives. The effects of the Second World War are getting into every corner of life; even though not a lot of men are disappearing, many people are having to make special efforts to cope. This is a book written by an experienced television writer, used to handling characters with their individual storylines, and he manages to keep parallel lines going well throughout the book. There is a lot of research into the expectations and lives of people coping with changing and sometimes challenging circumstances, and it provides a real insight into those in rural areas, experiencing the effects of bombing at second hand. There is tension and real fear here, but not only of enemy action, and this book proceeds at a fast pace.

This book puts the focus on four characters and those near to them, though not exclusively. The WI meeting which opens the novel recalls neatly the sad death of the much loved local GP, and his widow Erica and one of his daughters, Laura. Laura is a young woman who has experienced some deep trauma before the death of her father, and she is beginning to realise that her war work as an Observer is an insufficient challenge.  Another WI member is finding life difficult as she tries to come to terms with her actions as recorded in the previous novel; Steph is tormented by guilt and fear of what others in the village think of as her heroic action, while she still struggles with the human cost. Pat Simms is still living with her bullying husband Bob, while hiding her true love for Marek. She is using the opportunity of recording her life and feelings for Mass Observation to think about what is happening in some depth, and to explore her fears. Teresa loves her husband Nick very much, though still coming to terms with what has happened in her recent past. She soon realises though that another challenge is coming, and not only the danger to her husband.

This is a book which reveals a lot of its origins in a TV series, and it owes a lot of its pace to the demands of television drama. The characters are vivid creations and it is easy to visualise their reactions to the dilemmas that they face. While technically this does not always read like a novel, it has a lot of appeal as a saga of wartime life with well established characters. I imagine it would work reasonably well as a standalone novel if read without knowledge of the series or previous book. It succeeds well in continuing the stories of various women facing life in a wartime community.

Meanwhile it’s World Book Day, and I am looking forward to beginning Hilary Mantel’s “The Mirror and the Light”. Although I came to Wolf Hall and Bring Up the Bodies relatively late, I have probably read both twice, as well as really enjoying the television series. While it sounds like quite a challenge, and I have got lots of books to read otherwise, I can still see myself being very keen to sneak in some reading of the final and long awaited novel! 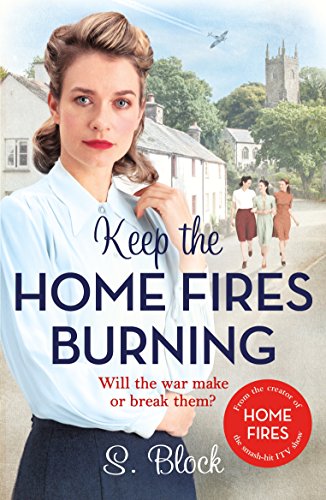 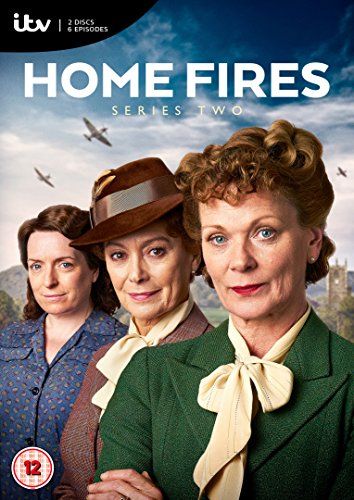 It is sad when a television programme is cancelled, especially when it is left on a terrific cliffhanger. Fans of “Home Fires” the series which featured the village of Great Paxford during the darkest days of the Second World War. Based round the Women’s Institute members who between them are involved in every aspect of the village’s life, the television series depicted the lives and loves of many women, older and young, and their immediate families. This book picks up from where the second series ends, as a huge crisis occurs in the final episode affecting most of the village. The series was cancelled, but this book picks up the story at that exact point. Simon Block wrote the scripts for the television, and has now continued the saga in book form. This has the undoubted advantage that the author knows the characters well and can develop them logically and sensitively. It also depicts the village very well, and the way that the characters depend on each other. As befits the action of the television programme, this is a very dramatic book with plenty of emotion which also fits with the conditions of wartime. It provides an interesting and vivid picture of the time for anyone interested in life on the Home Front.

Frances, leader of the WI, has had much to come to terms with in discovering the truth about her late husband. She takes on responsibility for a small boy, which she finds quite challenging as she discovers that even sending him to school is fraught with difficulties. Pat’s abusive husband Bob has not been improved by the events in the village, and he has found that the discovery of Pat’s friendship with Marek, a Czech soldier has fuelled his continuous anger with his wife. Erica Campbell has her family worries, as both of her daughters have had their struggles in the past and are not finding the present any easier. With her husband ill she must make important arrangements, and one option has a profound effect on many people. The farmer, Steph, has surmounted many challenges with the hard work necessary for running a farm  in wartime, but must now face her sternest test yet.

This is a fascinating book for anyone who has seen the television series, and the first section of the novel has enough catchup detail for those new to the saga. Obviously it is not the same as watching the television, but the nature of the writing is fast moving and emotionally sensitive. The descriptions are well written and the dialogue keeps the story going. The inclusion of such timely aspects of life as the appeal for Mass Observation as a potential outlet for Pat shows a good depth of research which is not overly pushed. I found this book offered a really good read and an excellent fictional extension of a saga with solid characters who deserved continued exploration. I am looking forward to reading the next book in the series, “A Woman’s War”.