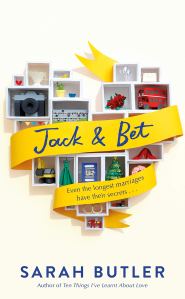 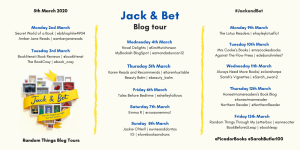 This is the story of four people who are changed and challenged by a marriage that has lasted for seventy years, and a London that is changing on a daily basis. As they move through this beautifully written story together, other people and the places in which they live have a huge impact. This is about the places people inhabit, the destruction of homes, and how the impact of rooms and memories affect people’s expectations. With characters of a great age there is always some sadness for past choices and limited futures, but there is still a lot here of hope, humour and opportunities. This story is written with  keen insight into the lives of those on the edge; the elderly couple, the immigrant and the much married man trying to do his best in his opinion. I found it a lovely engaging read, full of genuine feeling for an elderly couple who are close yet each with their own views. I was so pleased to have the opportunity to read and review this gentle yet powerful book.

“Jack Chalmers was a man of few words, married to a woman of many”. He takes a daily walk to the Elephant and Castle shopping centre, leaving his wife Bet in their “new” flat  in which they have lived for five years since their estate has been demolished. While Jack had fought against the destruction, he has been forced to accept it, like he did being in the army during the latter part of the Second World War, and other  aspects of his life which will emerge later. Bet waits at home, having difficulty with the basics of life, but set on having a party to celebrate their seventieth wedding anniversary. Jack meets a young woman, Marinela, a student from Romania who is studying photography, and she happily offers to take photographsat the party.  Meanwhile Tommy, their son, is keen to make changes in his parents’ lives. He wants them to go into a home where they could have continuous care, but they are reluctant to give up their flat and independence, even though they miss their old home with its views and memories. When Bet’s secret is revealed, Marinela has the opportunity to move from her uncomfortable room into a more spacious flat. She has a secret life working to support herself, and many memories of her family in Romania. When an old love surprises her, she has to rethink a lot about her life.

The characters that Butler has created in this contemporary novel are genuine and sincere. Jack and Bet have so many memories, and so many of them together, yet Bet in particular has a significant alternative story of choices made and roads not travelled. This is a book of kindness, but also the realities  of contemporary life in London, with all of the squeeze on housing. It is about people making the best of what life offers them, and finding true love against the odds. Although tinged with sadness, I truly enjoyed this book and would recommend it as a gentle read that reveals life in our cities with real impact.

This book is a real celebration of the lives of older people, and is such a lovely story. The cover of the edition that I read is so clever, with lots of little hints about the story. Great design!