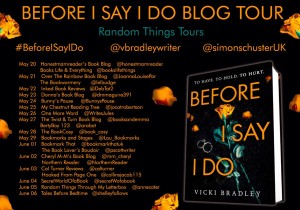 A wedding is a difficult occasion for many involved, in this story it is the bride who feels the strain most of all. Julia Talbot prepares for the ceremony which has been prepared for extensively and expensively, with every detail perfect. The wedding is one of the main elements of this thriller and crime novel, which combines the stories of two women who are seeking the truth. Alana Loxton is a police officer who has been forced out of the Murder Squad under something of a cloud; she is trying to find her place in a CID unit which is not made easy by her past problems. This contemporary novel is a fast moving story of murder and more, financial dealings, drugs and fatal secrets. It features women who are determined to discover what has happened to a missing bridegroom, and the secret of a girl’s death many years before. This novel features questions that are difficult to answer and dramatic events carefully handled. The action is mainly centred on London, specifically the modern and expensive lifestyle of people who live on a dangerous edge of drugs and financial gambling. Secrets and lies, memories and motives all clash together in this story of assumptions and danger. I found it a fascinating read, and was pleased to have the opportunity to read and review this book.

Julia tells her own story interspersed with chapters describing Alana’s progress through circumstances which baffle and confuse. Between the current story chapters there is the story of Jenny Hughes, a teenager who remembers a terrible afternoon when she ran into the woods with Jonny and her younger sister Rachel, which had life changing consequences for all of them. Julia tells of her nervous state as she prepares for her wedding ceremony with Lucy, her only bridesmaid and support. Everything has to be perfect as she marries the investment banker Mark, son of a newspaper editor. When he does not turn up to be married, Julia is totally bewildered. Mark’s father has contacts who put pressure on the CID to mount a search on the basis of kidnap or other crime, and Alana is sent to investigate with Kowalski unusually quickly. Owing to her experience with the murder squad, she makes a thorough search of his flat, and discovers an extra concealed mobile phone. While some assume that he has only had wedding nerves and will soon return, Alana is convinced there is more to be discovered. Julia meanwhile makes some unwise decisions, and there is some violence. Then a body is found.

This is a well written and cleverly constructed novel of red herrings and diversions as several people try to conceal what is really going on. Julia is struggling with a tragic past and a frightening present. Alana is already coping with a cloud over her career as she tries to work out what is going on with her new partner who has some surprises. There are many twists and turns to negotiate as painful truth is revealed and lives changed. The author’s research is evidently the result of firsthand experience of police work, the pressures of policies and finances and the dangers of certain courses of action. It is a book which is truly hard to put down and is extremely well written. I recommend it to anyone who enjoys a thriller set in the context of a police investigation, when strong female characters have to make a difference against the odds.